Attached pics invisible in Covers/ subdir in album, but visible in scans/

for example - album in library:

question: what is a correct subdir names for attached graphics? or need I place those pics in album main directory?

up…
maybe any public info on that topic in kb/help?

Hello @sergej_teregeshev, my apologies for the delayed response on this thread. I’d like to run a few items by our QA team for you. In the meantime, are the covers able to be seen if you but the album and the cover in the album directly without creating a subfolder? 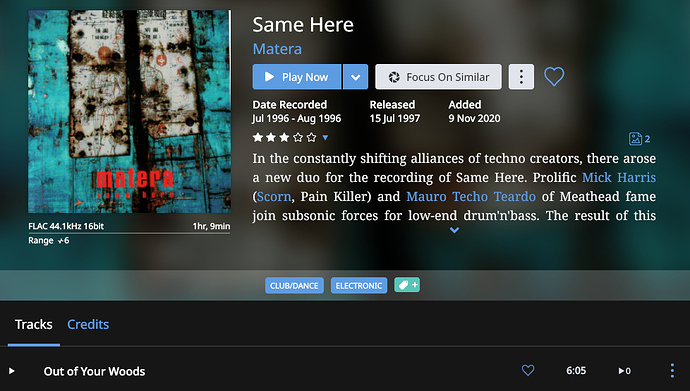 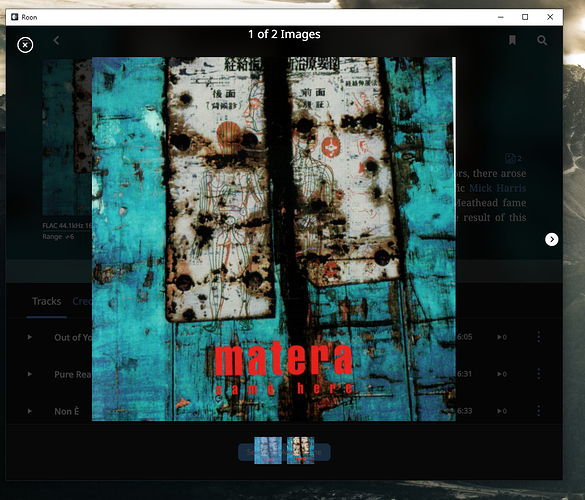 but here’s directory structure for album (/etx/roon/ is a watched subdir of roon core on this same linux machine): 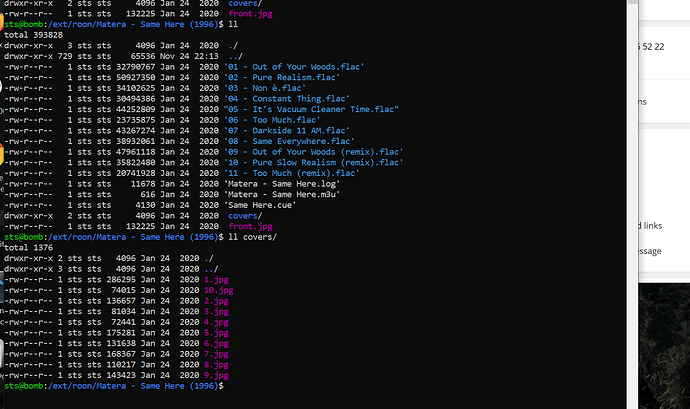 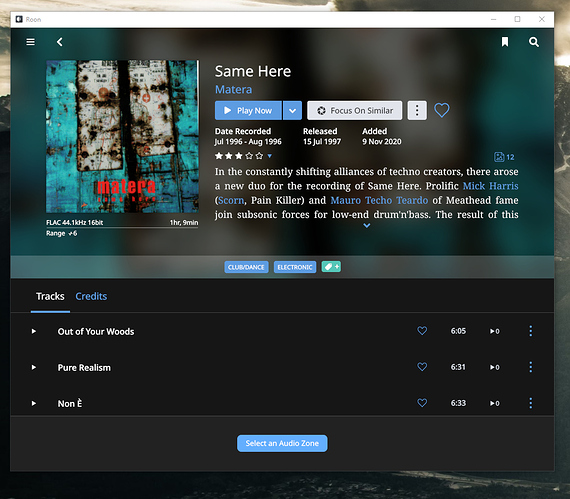 we have 12 attached pics.

if a then rename scans/ into covers/ (or anything else like XXXX/) again - 12 pics is here to stay in UI.

Hello @sergej_teregeshev, and thanks for the update! I have created a ticket for our QA team which has since been assigned to a member of the team. I’ll return with their feedback shortly!

thank you, and if you need some additional tests - just write me a hands-up!