I am using Roon B416 on my - AudioLinux based - Pinkfaun 2.16 streamer from the release date last year, without any issues.

I have installed a second Roon Server today on a Windows 10 Pro platform.
I restored a last night backup from my Pinkfaun streamer, and I got the platform up and running very smoothly.

However, by accident I noticed that a Qobuz album in My Library on the Windows10 platform, was now presented in 44,1kHz/16bit quality instead of 96kHz/24bit quality as on my PinkFaun streamer.

I started to investigate, using Focus-Format.
The result: In the Windows10 server, 32 ‘Qobuz’ albums in My Library have lost their HighRes format and felt back to CD (44,1kHz/16bit) format. (Full list at the end of this topic)

As an example, here is the David Bowie case:
His Main Album list on the Pinkfaun server looks like this 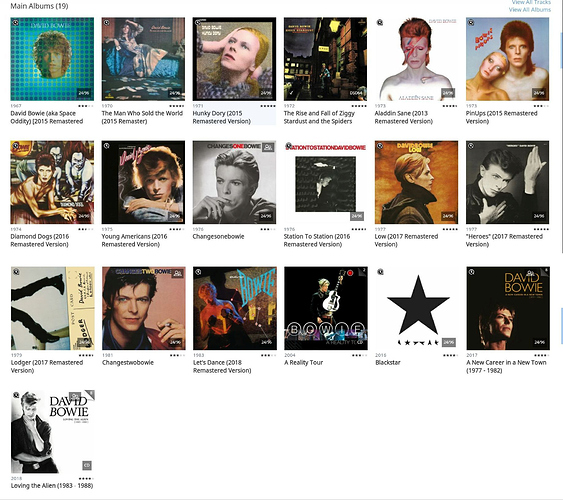 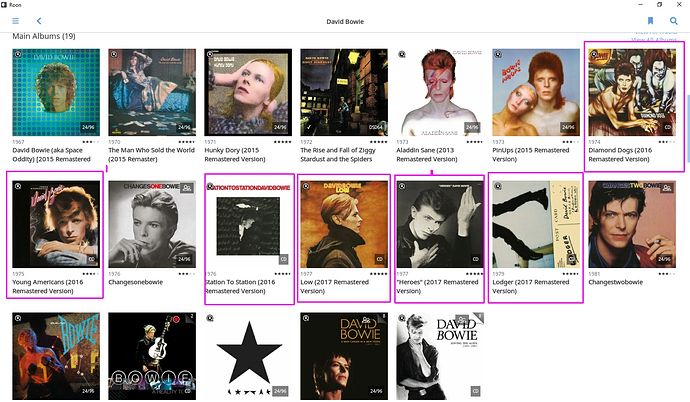 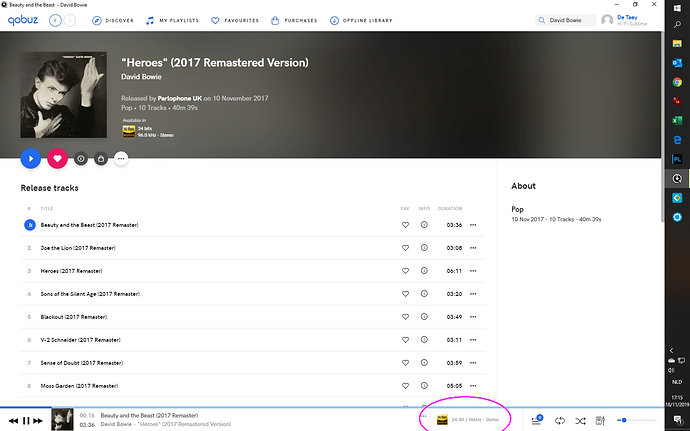 In Roon, the Highres format is NOT visible anymore, again as an example ‘Heroes’ 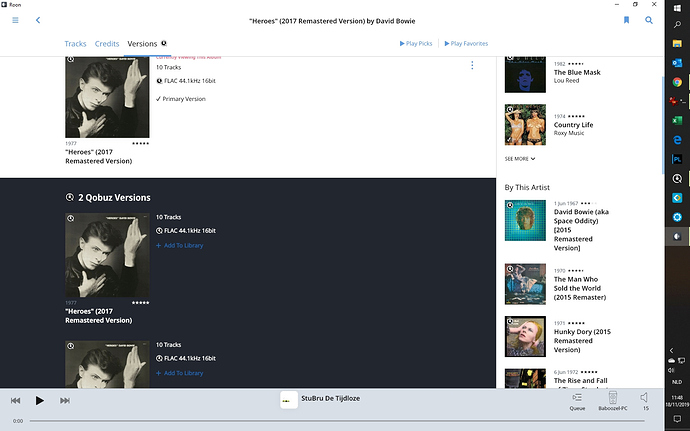 In Roon on my Pinkfaun streamer it still looks like this: 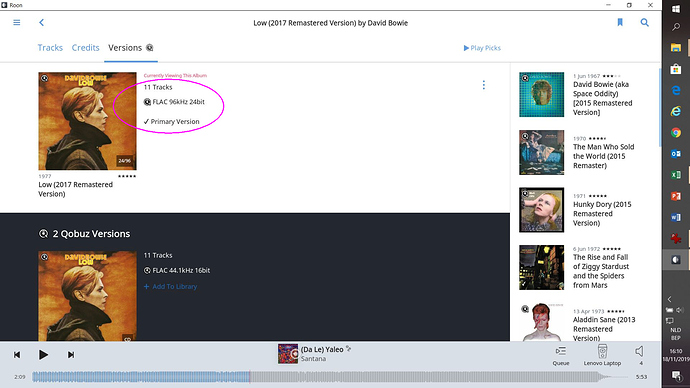 Here is the list with 32 albums, which show this ‘defect’ 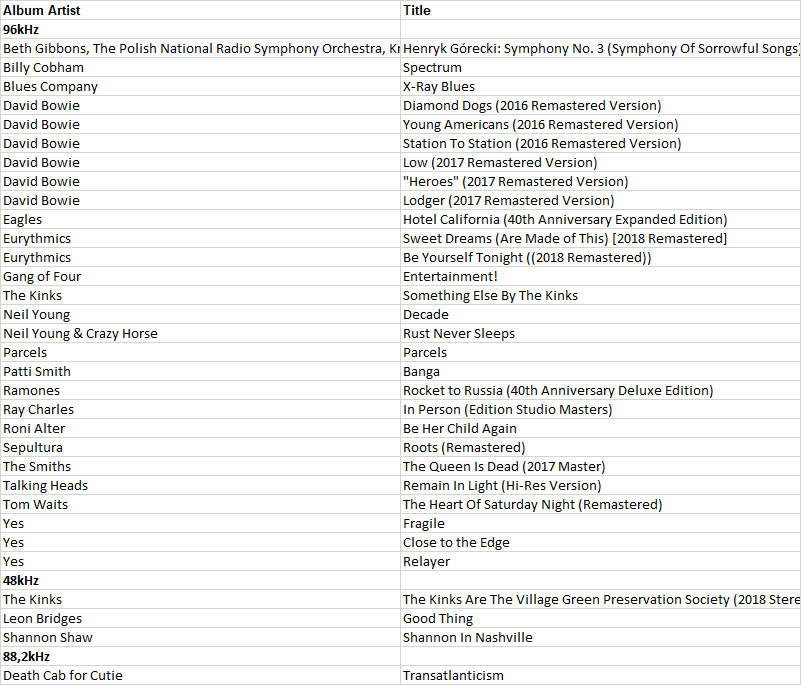 To make things worse and even more complex
The described situation was current today till 17h CET.

I then was so stupid to execute ‘Sync Library Now’ in Settings - Qobuz on my PinkFaun streamer
(the one with all the ‘right’ highres albums.
And now SOME (but not all 32) albums, have fallen back from HighRes to CD format.
Example - new Main Albums page of David Bowie: 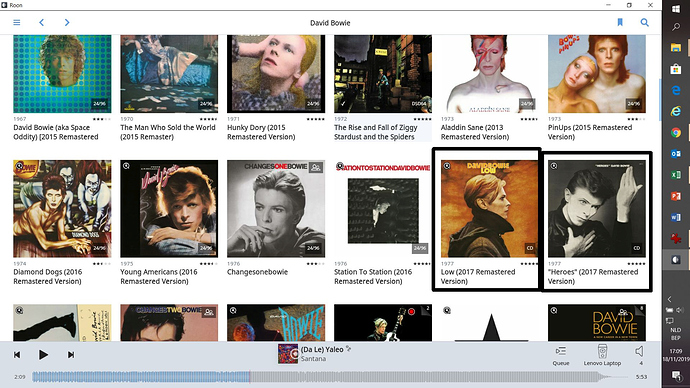 I have no clue what is going on here, but I really get quite nervous about this behaviour.

If you play one of the albums that’s now showing a lower quality, and you look at the Signal Path, what does it show there?

Excelent question and the response helps me to calm down 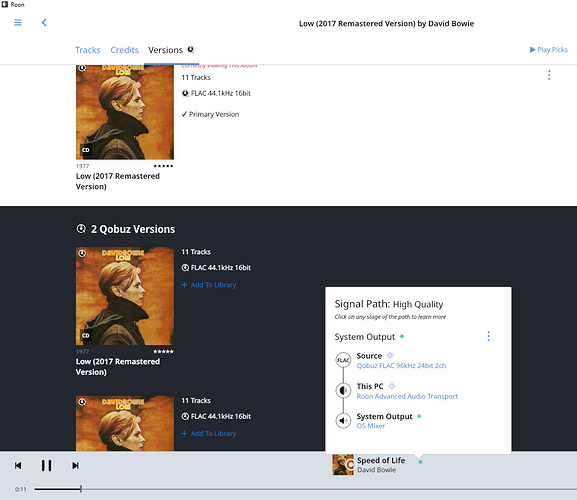 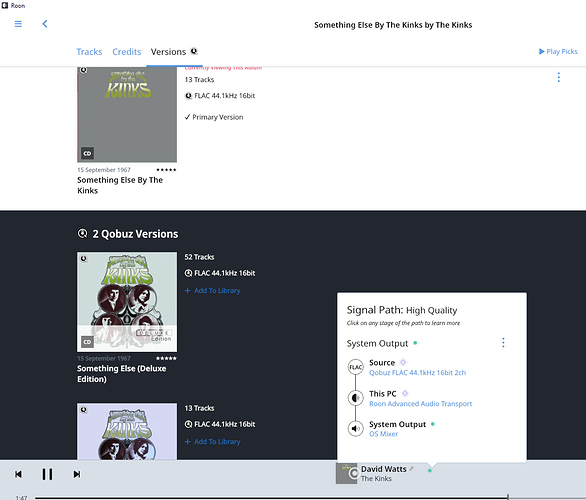 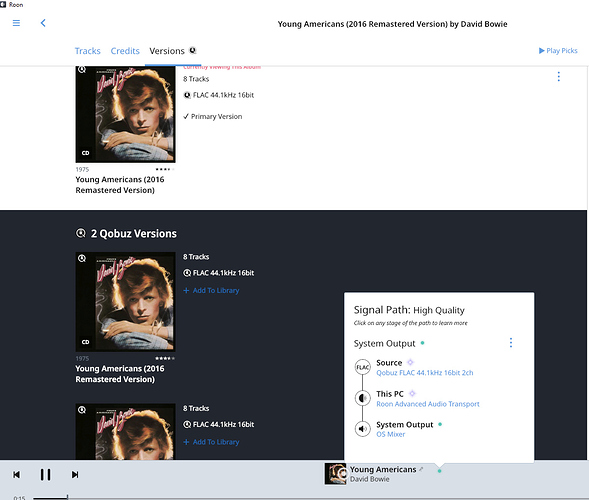 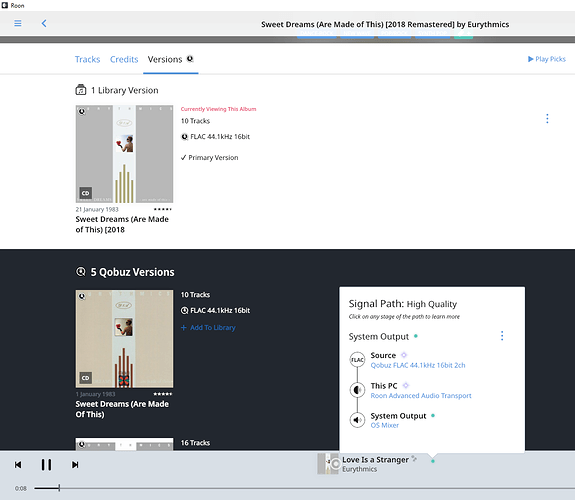