I have been doing backups to both WD Book and NAS device for many months (scheduled for 4AM and 5AM every day). Worked perfectly. Until a little over a week ago…When I got up in the morning I would find the NUC inaccessible (IP address not accessible even). I would reboot NUC an all good again. Once rebooted noticed that backups had not taken place. Even if I try a manual backup to either of these devices (even using new paths) I get “Connection Lost” message in Roon just after backup goes in to “Preparing” step (running manual backup from my Windows 10 laptop). IP address of NUC not accessible…re-boot required,

Thanks in Advance, Dave

Is your Nuc setup to use static IP address or a reserved dhcp allocation in your router? Sounds like the Nuc has got a new IP address. Does the roon remote show the core IP address?

Can you reproduce this behavior once more and make a note of the time the disconnect occurs? Response here with that time and we will enable diagnostic on your account so the tech team can take a look at what you’re experiencing.

@Wizardofoz: Once I started having this issue I had a technie friend over who set my NUC to a reserved IP address. (192.168.2.14). Roon remote shoes the same IP address for the core. All looks good and works well UNTIL I attempt a backup

Have sent time of today’s connection loss to support (see above). Will post any resolution.

In the meantime, can you confirm whether or not the Web UI is visible when this occurs? If so, can you share a screenshot of it? 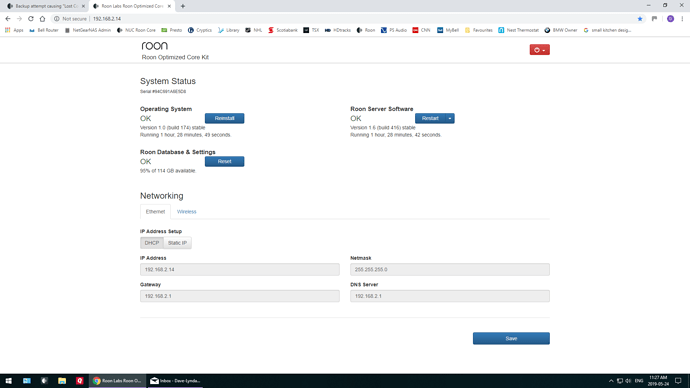 @dylan: I re-booted the NUC right after I lost connection…so about 9:55 EST.

So I assume nothing else for me to do other then send Web UI screenshot, correct?

I re-booted the NUC right after I lost connection…so about 9:55 EST.

So I assume nothing else for me to do other then send Web UI screenshot, correct?

The diagnostics report has been received and is with the team for analysis. Is the screenshot you shared above of the Web UI during the time that the connection was lost? If not, could you try doing a manual backup and see if the Web UI looks the same / is visible during that loss of connection?

@dylan: once connection lost the Web UI no longer loadable. I always need to re-boot NUC in order to get Web UI view back (i.e. access to that IP address)

I will do the following: 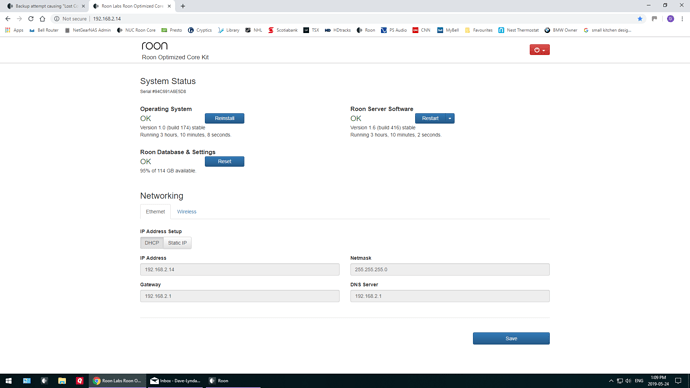 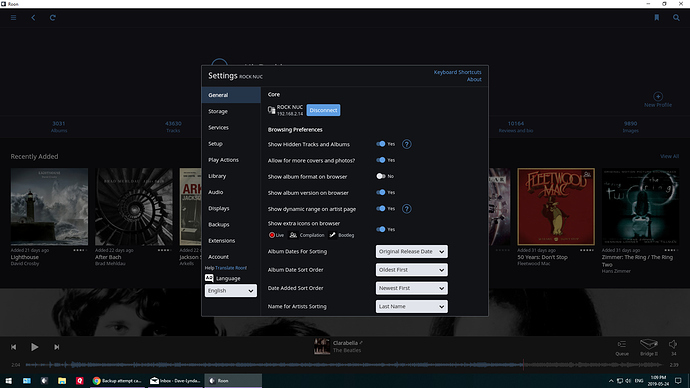 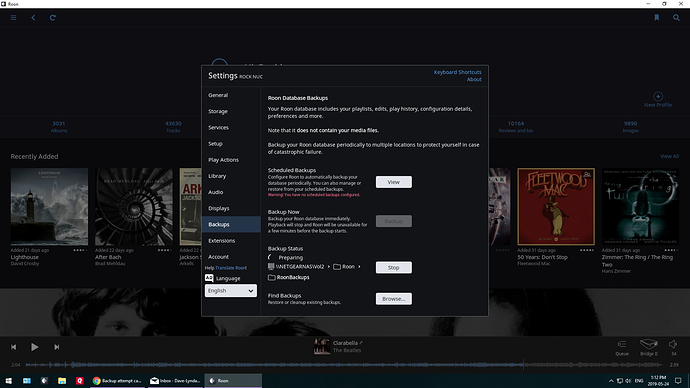 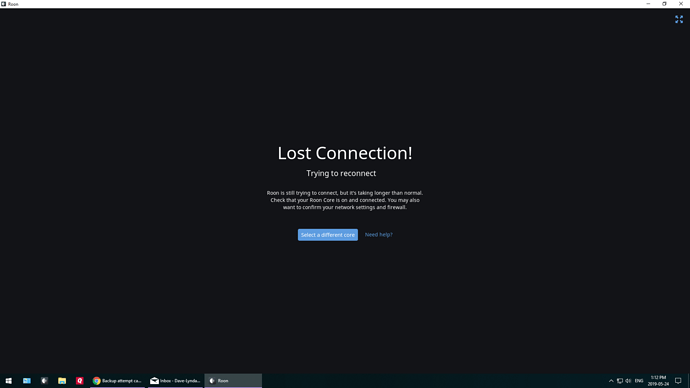 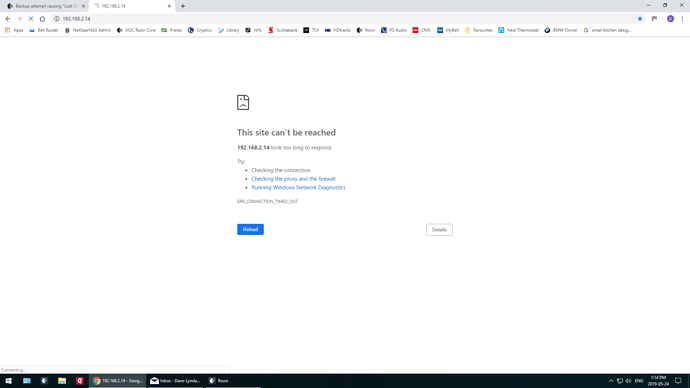 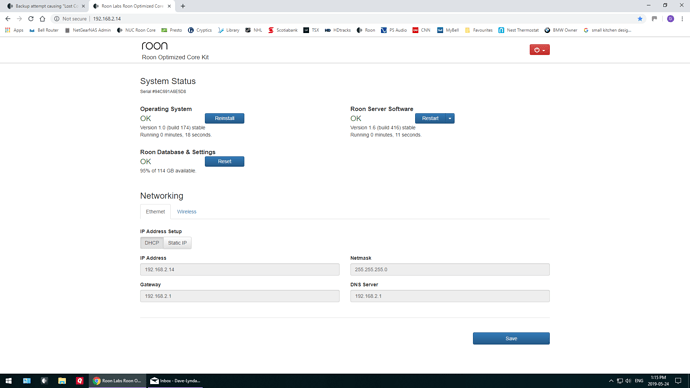 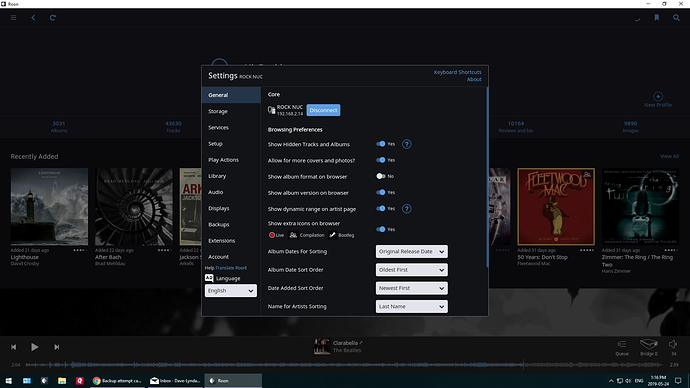 I’ve passed this along to the team, I’ll be sure to let you know ASAP when I have received their feedback on this.

I spoke with the team about their analysis of the diagnostics report and wanted to reach out with their feedback. Based on what they’re seeing in the report, it looks like there may be specific data that is causing Roon to experience this issue.

To verify this, the team has asked that you try the following:

@dylan: do I need to let it re-scan and totally rebuild new database for doing last step (I.e. the backup)?

@dylan: I did the steps as indicated. I did a backup with no music files connected. Ran OK (took about 2 seconds!).

I then added a Storage location (one of my smallest folders on my NAS). Did another backup and finished cleanly.

@dylan: could I restore database back to my last good backup? If there is bad data in current database, the last good one should be error-free I suspect.

Let me know if my logic is sound