The thumbnail drive which was used for backups is no longer being recognized. Why is this???

If you’re using a USB flash drive, there’s a good chance that it has failed.

Are you saying I should replace the flash drive or not use a flash ?

Can I do a back up on the internal memory storage within the nucleus that I added?

A flash drive is great for copying files or creating OS installation media, but they have a limited life (number of file writes), and Roon’s database backup has many thousands of files and folders. As @Jim_F says, buy a USB HDD for this.

This is what I use: 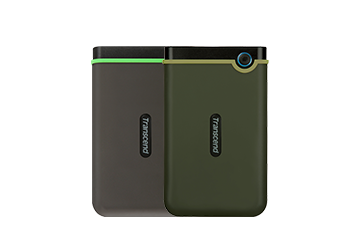 Usb flash drives are way to slow and fragile for doing roon backups. As suggested get a usb hdd or ssd if you like too…but steer clear os a usb stick as not fit for this purpose. Ssd is not really needed but handy for the speed and silence.

I never hear my HDD doing backups at 3am.

Personally I back up to a NAS location or 2, and usually to local documents folders for Mac/PC servers. always more than location

USB thumb drives aren’t really designed for being continually plugged in and powered up. You can use them, a USB 3 drive is fine speed and capacity wise. But buy them in bulk and expect them to fail periodically. One way of mitigating failure is to rotate the drives. If you backup nightly or every couple of days then swap a drive in weekly. That way if you did have an issue with a corrupt database you might be lucky and be able to fall back to an older backup. This would be particularly advisable for the tagging monsters amongst you who might stand to lose a lot of work.
Finally, my view is rotating multiple USB thumb drives is better mitigation than a single more robust portable HDD.

Thank you USB portable solid-state drive from transjet looks really good. Is this plug and play, or do I need to configure it and can I do this through the nucleus?

IIRC it came preformatted for Windows, which will be recognized by the Nucleus, and can also be read by a PC or Mac.

I use this drive for all my media and Roon backups (I also back up to network shares too.)

I had a 1 TB HDD I had removed from an obsolete laptop. I think it might have been a Samsung. I put it in a Sabrent case from Amazon.

Good to know. I’ve been using a 24GB thumb drive attached to my Nucleus for about a year. I guess im lucky since it haven’t failed.