@support I have the same issue, except that I have scheduled backups and I can’t see them even though there’s indication that there was a successful backup in the Scheduled backups window. 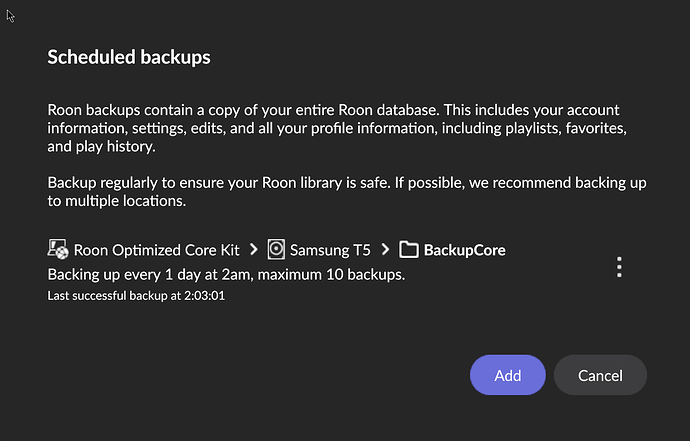 Here you can see the contents of the backup folder “BackupCore”. As you can see there’s no backup from 2 AM today, 2022 Feb 18. The four backups you see are all manual backups I performed over the past two days. 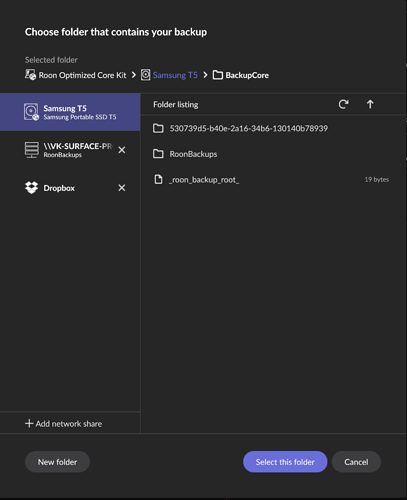 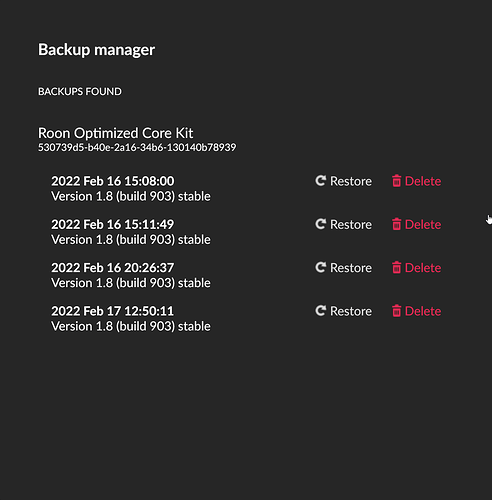 Nucleus Plus Rev B 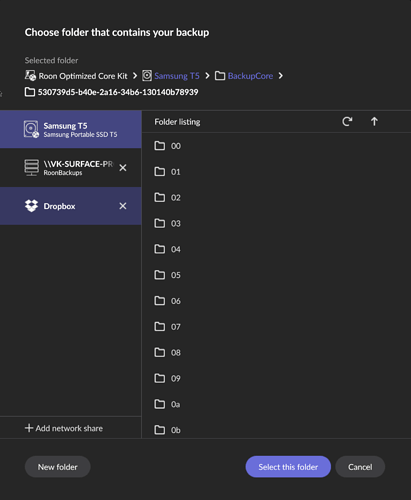 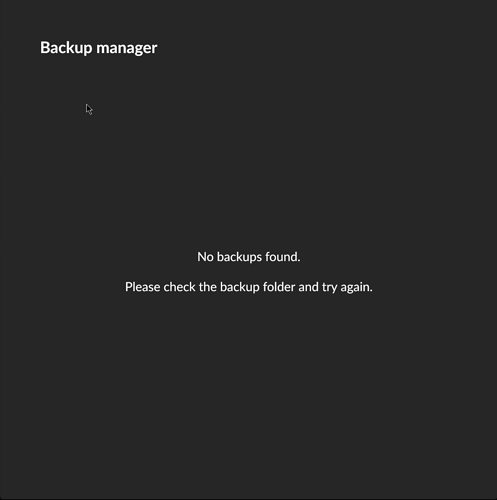 I forgot to add that this started when I migrated from a ROCK to a Nucleus Plus last week. The ROCK was on Intel NUC and was built to the exact specs published on your site two years ago. 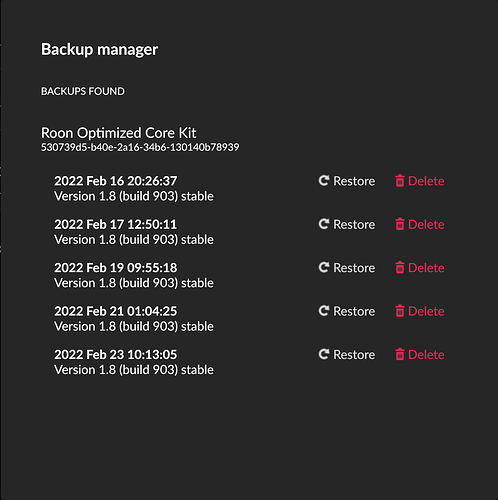 ahhh now I see why my update wasn’t in the other thread. Cool!

@noris I don’t know what you mean by older backups. This folder “BackupCore” is new. 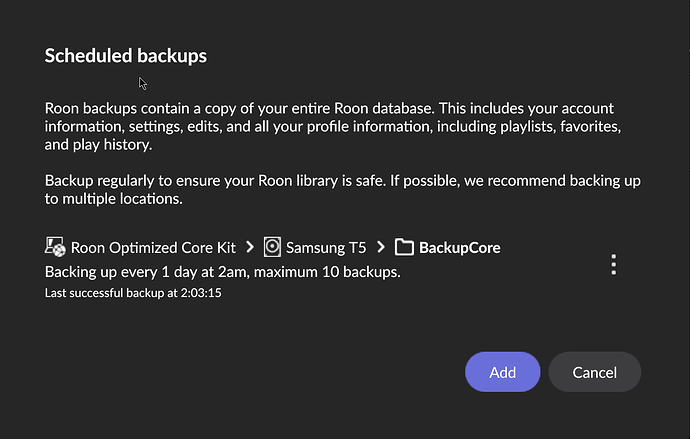 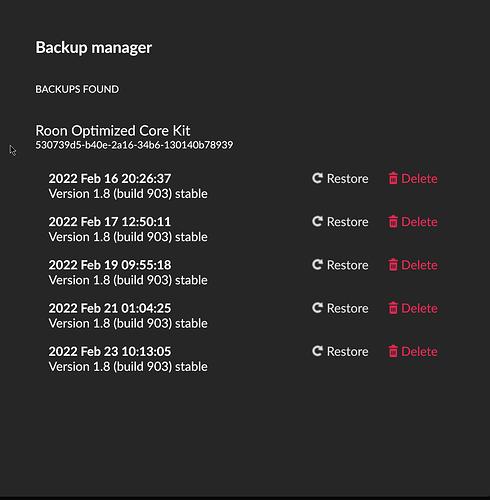 What you see here are only the manual backups I’ve performed. The backup that you see in the first screenshot that completed at 2:03 doesn’t exist. But the system reports that it did complete.

@noris - Perhaps I have a directory structure issue as well. Here’s what I am seeing: 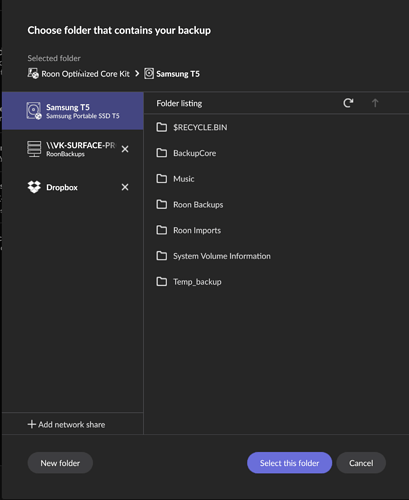 Second directory - this is the folder I created last week when I migrated from NUC to Nucleus Plus: 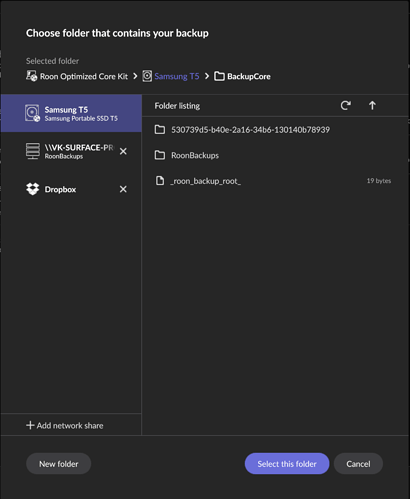 Third directory - the structure inside the RoonBackups folder: 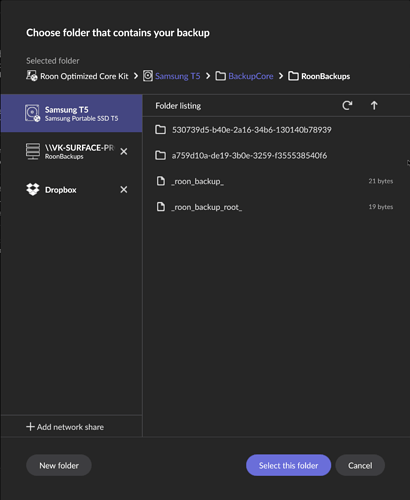 This is a brand new Nucleus Plus. I wasn’t expecting issues.

I have a brand new Nucleus Plus that’s having issues with Scheduled Backups. As a new owner of a two week old Nucleus Plus and a lifetime subscription, should I be expecting some sort of enhanced support? I feel like I just spent $2,689.00 USD for an appliance that doesn’t work as advertised. I’m barely getting any response from @norris. I go days without so much as a “we are looking into it”.

Thanks for those screenshots! This looks like the structure is still the same as your original image without any modifications to the folder, can you please try the suggestion I mentioned in my previous post?

To clarify further, you should try to connect the HDD to another PC, select the RoonBackups folder from here:

And paste RoonBackups to Samsung T5 → New Folder → (You can call it whatever name you want, for example “Previous backups”.)

Hopefully this helps clarify, but do let me know if you have any issues along the way!