When I make a backup on my synology NAS the RoonBackups folder does not get created and an infinite number of folders are created in the root directory.

I am running RoonBackups (well one so far) to my Synology box and it went fine. Initially I had an issue with permissions but once sorted out the backup went smoothly. Sounds though your problem isn’t perms (i.e. infinite number of folders created). 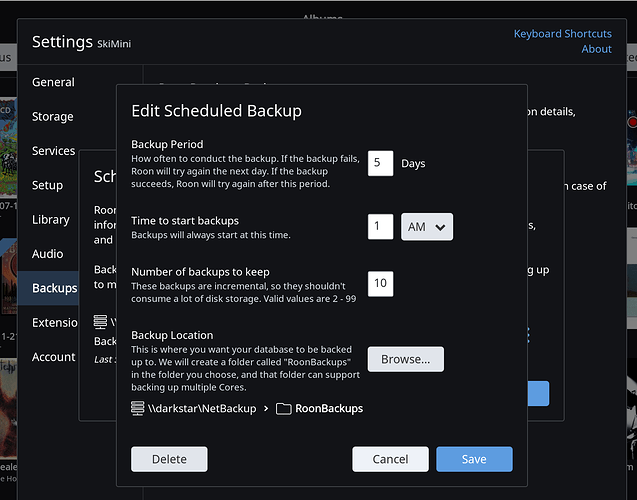 I created Shared Folder “NetBackup” via the DSM software and then pointed Roon to it. So far so good.

I think @Eric responded in the other thread. Let’s track this there.