I’m experiencing two issuses:
1 - Trouble finding new albums in Tidal using Roon. I can use the Tidal app and search and see them, however when I use Roon they do not appear. A great example is The Weeknd “Dawn FM” - when I search “The Weeknd”, I can go into the artist and look at discography, but there’s no listing for this album. Even after purchasing it and adding it to my library, none of the Tidal versions show up there.

2 - I then went into the Tidal section on the left-hand side of the menu in Roon’s “Browse” section and found the album. When I click on that album and look at versions, it shows “4 TIDAL versions” (see included screenshot) - however none of these versions have a bitrate/sample rate/MQA or other distinguishing album specs.

My request is for Roon to fix the poor data integration with new albums in Tidal.

Edit: I had to go into each album and look at the signal path in order to determine the album specs. This didn’t used to be this way - why is this data no longer available? 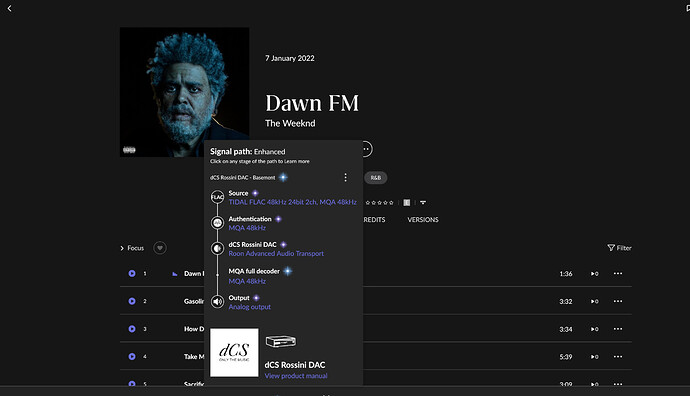 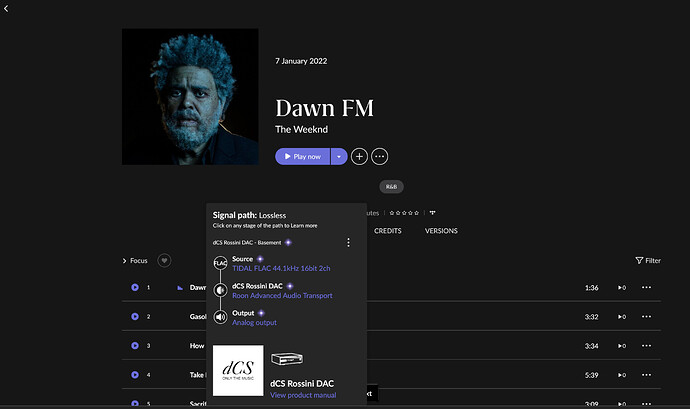 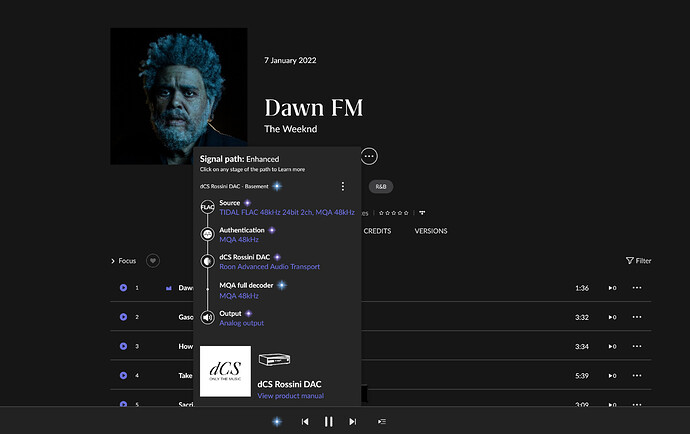 Note: Here’s how I finally found it - You can see the album listed as it has a song that’s in the New Tracks section called “Sacrifice” 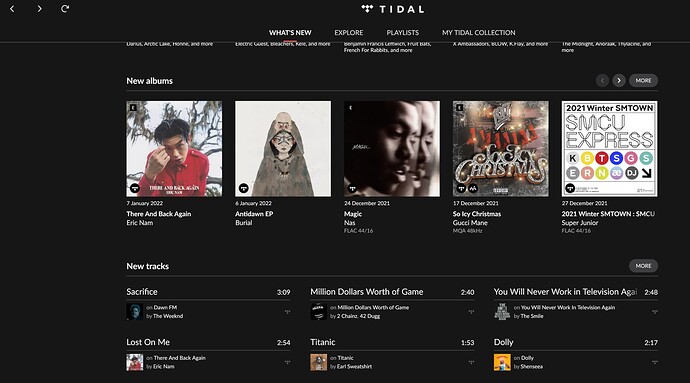 Thank you for reaching out to us about this! I apologize for the delay in getting back to you.

Occasionally there are delays in streaming services getting metadata to us on some new releases. In most cases the delay only lasts a few hours, but at times it can take slightly longer. That was likely the case here. Dawn FM was released on Jan. 7, a few hours before you posted this thread. The album is now live on our servers.

When you encounter these issues an effective work-around is the one you mentioned, add the album directly in Qobuz or TIDAL, it will then sync with Roon and appear in your library.