I don’t know if this is a Roon 1.8 bug or not, but I noticed recently that banned albums/songs still play in my shuffled list. Here’s my use case: I use focus to eliminate some genres from my library (Xmas, Avantgarde, etc.) then I add a focus to only play songs with a 0 playcount. Then I bookmarked that selection and shuffle the whole thing. In the past, if I banned a song or album it would not play. Now it plays as shown below. 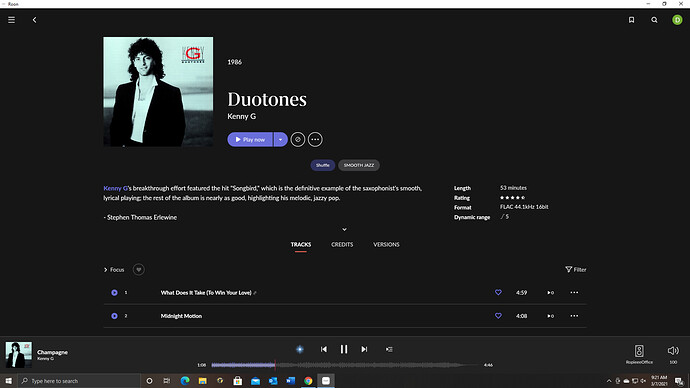 Just wanted to shuffle this to the top. My simple solution was to ban all the individual tracks as well as the albums that I don’t want to play. However, I don’t think it should work this way. Once an album is banned, the tracks on that album should never be played unless explicitly selected for play. Just my $0.02.

I’ve noticed the same behavior since 1.8. I have a theory that it only happens when the source you are shuffling from has a number of tracks greater than a certain threshold, but I have not been able to confirm this. In my case, I shuffle through tracks that have never been played, which typically results in 5000-5300 tracks.

I do the same thing. Maybe it’s just that use case or maybe we’re the only one’s that have noticed.