Best HW configuration to use Roon and HQPlayer

I would like to know what the optimal hardware set-up is to use Roon combined with HQPlayer for upsampling…is it to use Roon server on one NUC and HQPlayer on another or ideally on one single device? does it make any difference in terms of SQ or performance?

thank you in advance

Hi, the simplest way is to have Roon Server and HQPlayer on the same machine. If you are using a NUC, unless it is a Skull Canyon machine you may be limited in how far you can push HQplayer for DSD with the more demanding filters. Otherwise I ran the two on an i5 NUC and it worked ok with CPU usage and heat well within acceptable limits at DSD128. Mine is cooled passively in an Akasa Plato case so no mechanical noise.
However optimally (having re-read your question) you need to build a fire breathing i7, with separate NVidia graphics card for CUDA offload for HQPlayer. And I am sure the real enthusiasts will tell you to put Roon on its own device too although a NUC is fine (i3 or i5 dependant on library size). Use an NAA into your DAC. That should give optimal performance and allow Roon and HQPlayer to do their thing independently.

I built the fire breathing HQP i7 Server with GTX980 for CUDA. Quite happy to run RoonServer on it. The localhost connection from Roon to HQP avoids a loopback to a switch/router.

The real question that has to be answered is what is your target upsampling goal? Is it 512 DSD? Then a built system with a high end graphics card to off load processing to is a good idea.

I have high end NVIDIA cards littered around my room, looking sad and unused. That is what happens when you game and buy a new graphics card every year or so.

The real question that has to be answered is what is your target upsampling goal? Is it 512 DSD? Then a built system with a high end graphics card to off load processing to is a good idea.

I think this is right. Based on my experience, I also think that if all you want to do

is upsample everything to DSD256, then a simple i7 6700K is plenty, with no need for CUDA offload.

For CUDA support, you might consider taking a look at the Dell Alienware Steam Machine. It has quite a small footprint - but does have a fan which spins up under load - hence mine is in another room.

It also includes an SPDIF optical out - which would be really great - if not upscaling to DSD (and hence not producing fan noise - so that it could be located near a DAC).

In fact, I believe @Rugby meant the that it actually should include a high end graphics card for CUDA offloading, right?

Yes, I think @Rugby meant an nvidia card with CUDA was important if you wanted to upsample to DSD512.

I concur, but I’m asserting you don’t need CUDA offloading if you’re only going to DSD256.

Yes, that is what I meant. Sorry, when I’m at work I tend to be super brief in posts.

I have the opportunity to buy a PC (ahem, for work) and would like some suggestions for an off the shelf PC that would allow 512DSD upsampling in HQP.

Preferably a store in Europe please.

I think this one will do it in HQP with CUDA:

I’d suggest an SSD to replace the spinning HD and perhaps a nice quiet AIO cooler.

Roon intends to extend to DSD512 and is aiming at a more efficient upsampling solution than HQP. I’ve seen screenshots in Roon of DSD512 on a lower spec i5 than the above. Roon won’t initially make use of the graphics card as HQP does with CUDA but a broader co-processor option is being considered for the future.

If you preferred to tool up beyond an i5 then an i7 7700 was my choice. I thought the 7700K was a bit hot for not a lot of improvement. I’m running an AIO water cooler on the 7700 with dual push/pull 120mm fans around the radiator and getting temperatures of 50 when upsampling to DSD512; with air cooling that was 70.

I hope you’re talking Fahrenheit and not Celsius?

I may have to talk to some of my son’s friends as water cooling and replacing Hard drives is not something I know anything about.

Out of interest what do you make of this machine?

Driven by 20 years of innovation and gamer feedback. Designed for VR. Engineered for liquid cooling and tool-less access. Built to get you deeper in the game.

Many thanks for your help by the way.

That’s a very cute little box. Would be able to do DSD512. Again I’d get the M2 SSD drive. Either 1TB if it was to host music, or lowest capacity if it were for OS/Roon/HQP only. What do the reviews say it’s fan noise is like ?

Temperatures are C. i7s run hot. I was probably projecting that when talking of a cooler for the i5 above.

My suggestion is to run a dedicated remote roon server with as much CPU power as you can afford and low power roon endpoints.

It depends a bit on your library size what is worthwhile. I have about 170K tracks in my library (about a quarter high Rez).

I also have a wee Microserver as a backup with quad core Xeon E3 and that s adequate but I certainly wouldnt go lower end than that.

I’m looking for a PC setup with suffisent horsepower to run DSD512 and, eventually, convolution.
PC would be set in a closed closet.

Heat management, reliability and price are my mains concerns so i’m really interested in your feedbacks.

I’ve just finished building my latest dedicated Roon/HQPlayer PC capable of DSD512 playback.
The PC sits in a cupboard but I keep the door open when in use. Temperature hovers between 50 - 65C when playback DSD512, poly sinc xtr mp-2

Dennis,
Interested in your metrics when you will run your new setup (cpu load, cuda offload usage, temps …).

Bruno,
I’m away for the next 10 days but will post the data you have requested on my return,

This is how my new server MUSE is built:

I keep it in an adjacent room on a shelf with the case off. I would definitely recommend an AIO cooler, my i7 came down from 70C (Noctua CPU air cooler) to 50C (Captain AIO) when upsampling Redbook to DSD512 in HQP with closed form filter.That is running at about 30% CPU with CUDA enabled. I would recommend a different AIO cooler than the Captain however, it has quite a high pump casing that makes everything a bit squeezy and would not fit but for the small size of the Corsair PSU. I think I could have gotten away with the lower wattage Corsair SF450 PSU, but I prefer to have too much power than not enough. The Elite case has enough room for push-pull fans around a 120mm AIO radiator, but the HDD on top presses down on the interior fan. This doesn’t really trouble me.

If you would like to minimise temperatures and noise then I would suggest holding off from hardware purchases until the next release of Roon (very soon). There is a pretty good chance you will see DSD 512 in Roon in that release. The Roon design goal is for an efficient implementation that can run on a wider set of hardware than HQP may require. I have seen screenshots of Roon upsampling to DSD 512 on a recent i5. However if you would like to ensure that you can use HQP and don’t mind an i7 then the above works well for me appropriately cooled.

Edit: You will need to buy a separate ATX/ITX bracket from Corsair to mount the PSU in the Elite case. Also I needed some longer M3 screws than those supplied by Deep Cool to mount a front push fan through the case into the AIO radiator. 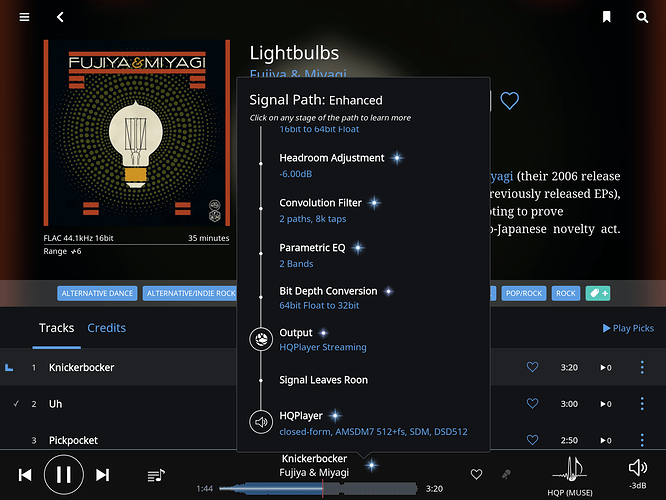 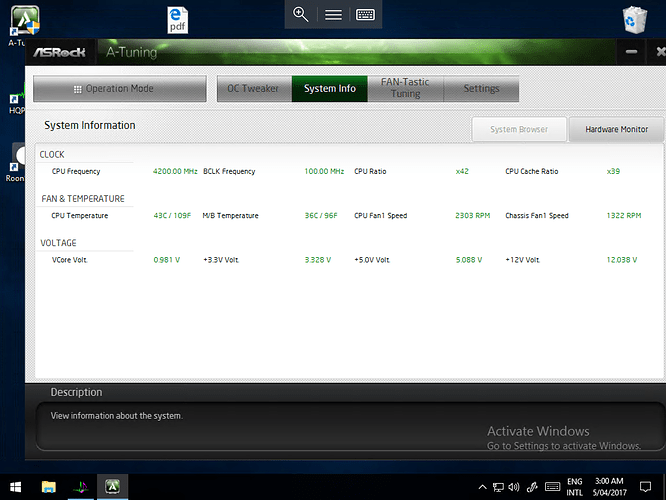 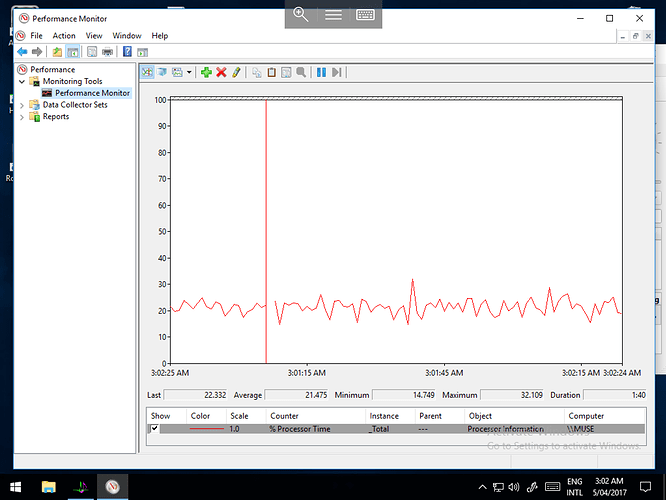