RF noise and EMI will get across from server to DAC if not properly mitigated.

Which part of the expression “memory buffer” is not clear to you?

all transmissions are analog in nature, the electrical pulses being transmitted are analog and as such suffer from time distortions and noise.

This statement’s a fudge. A genuine analogue signal is continuous both in time and value. A digital signal is encoded as a succession of discrete values and doesn’t mandate analogue transmission. You could record a digital signal as a sequence of hand written values and lose no information. I’d still recognise that analogue noise can travel across some digital transports, but the “all digital signals are analogue” argument is a pretty meaningless simplification intended to induce audio nervosa

It isn’t entirely misleading. The reality of getting 1’s and 0’s from one place to another is that they often need to piggy back a signal or protocol. If you look at the resulting waveform you don’t see nice neat square waves. You see what is often essentially an analogue waveform. That doesn’t mean you cannot recover your 0’s and 1’s, but it does provide the medium for unwanted noise to sneak in. That noise can be mitigated so long as you are the sort of designer who is prepared to acknowledge its possible existence.

For the people who are fed up of the back and forth discussion that inevitably goes around in circles, a decent power supply might make a meaningful difference to some setups. It isn’t a hard and fast rule that a better supply on your Nucleus will improve matters for you, but it might.

they often need to piggy back a signal or protocol

If you look at the resulting waveform you don’t see nice neat square waves.

Sometimes you don’t see square waves at all. WiFi for example uses QAM modulation, where bits are encoded in amplitude/phase combinations of a sine wave.

That noise can be mitigated so long as you are the sort of designer who is prepared to acknowledge its possible existence.

Fail to mitigate it, and you get corrupt data. You don’t need to be technical to realize we wouldn’t have computers and internet if we didn’t solve such a basic problem with digital transmissions.

Well, never say never, but I’d expect the probability of it making a difference to be very very low. For one thing, the Nucleus, like every other modern computer, filters and reshapes the incoming power to turn it into the voltages that it needs, internally. You’d do better to spend the money on a better downstream device, like speakers or room conditioning.

Fail to mitigate it, and you get corrupt data. You don’t need to be technical to realize we wouldn’t have computers and internet if we didn’t solve such a basic problem with digital transmissions.

Not true. Fail to mitigate and the 0’s and 1’s continue to flow but will be accompanied by levels of noise ok in a computer but not ok in a DAC. Corrupt data has never been the problem here.

You’d do better to spend the money on a better downstream device, like speakers or room conditioning

You are always better spending there. But for most people that money has already been spent. I spent years sorting speakers and amp out ( I have a tiny room). Streaming was the very last thing I addressed. If you are looking at power supplies when you have a poor relationship between room, speakers and amp you have got things quite wrong. Not many follow the ‘source first’ mantra these days!

the 0’s and 1’s continue to flow but will be accompanied by levels of noise ok in a computer but not ok in a DAC.

As I said before multiple times, the bits that are picked up from a digital transport are always stored in a memory buffer, which is not affected in any way by the noise on the transmission line. How many times do we have to circle around this?

I’ve acknowledged that data isn’t affected. Data transmission was never the problem. I’m not circling. I’m not the one who keeps going back to it!

You know DACs also have buffers, right? USB controllers have buffers they use to control the data rate. At a minimum, they use shift registers to pass the bits to the D/A stage. How is then the noise from the input still superimposed on the bits?

It’s not superimposed on anything, it’s already at the device possibly contaminating the analog output.

Where does the noise at the device coming from? The PSU on the Nucleus by any chance?

If you have noise at the input and electrical continuity, you will have noise at the output. You will also have a pristine digital signal. You can have both in a digital system. You can’t in a hybrid system, like a DAC. Now you’ve got me going around in circles! I’m going to bow out of this now. Better things to do and I’m not going to change anyones mind. The thread drift has already done irreparable damage.

Where does the noise at the device coming from? The PSU on the Nucleus by any chance?

Common mode noise partly from poor performing PSU’s (both linear or switched) and phase noise from up stream clocks that manifest in the analogue domain as RF noise. 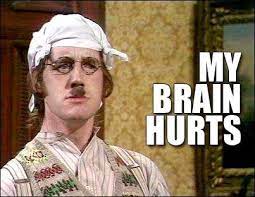 Why not, just agree to disagree

Can’t remember if I posted pictures. Running for a few months now. 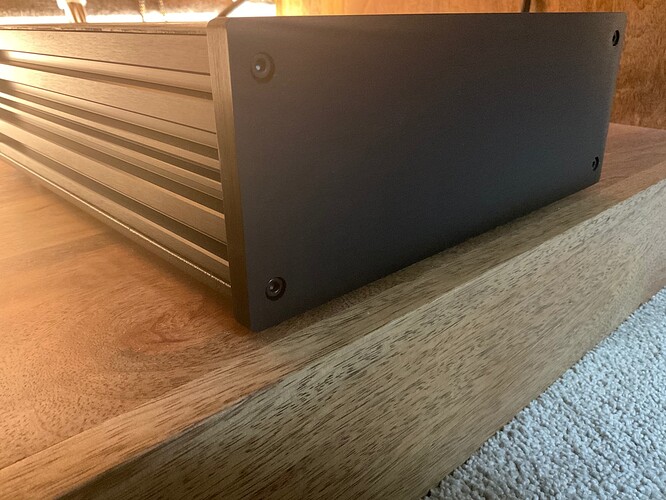 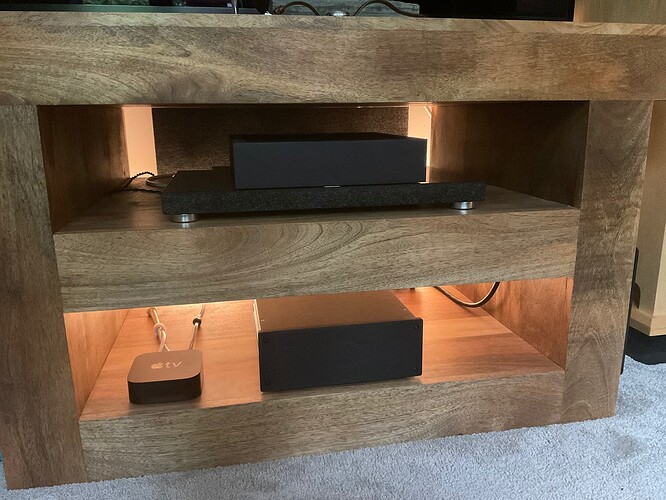 The way we assess these things is by listening to the music.

I can most definitely tell the difference between Supra Ethernet cables and bog standard ones.

Equally, I can most definitely tell the difference between the wall wart power supply that comes with the Nucleus and the Hypsos LPS.

You can debate the physics all you like. I can hear the improvement . I don’t care why there’s an improvement or whether physics suggests there ought not to be one. There is one. I can hear it.

What people say they can or cannot hear doesn’t really prove anything, so I’ll stick with physics. Senses are deceiving. People with tinnitus can definitely hear ringing, but can, through reasoning, understand there’s nothing out there ringing.

I do not doubt for one moment that you can hear a difference between ethernet cables and a LPS. There quite possibly is one. I might possibly hear it myself if I listened to the differenced between these things. I’ve bought a LPS for my raspberry Pi and upgraded speaker and inter-connect cables over the years (currently on Tellurium Q cables).

However, a common (and valid) response from people who are sceptical of such claims is the very real problem of expectation bias, something that scientists and researchers have to work hard to account for when carrying our objective tests to see if something (like a new drug) actually makes any difference.

A person comes home with an expensive new widget, plugs it in and “hey it sounds better”. They really want it to sound better, they just spend a chunk of cash on this widget. They don’t want to send it back. They can’t be bothered to endlessly swap back-and -forth to compare. It’s better, let’s leave it as that.

So unless you can demonstrate that you took part in a properly run double blind test to evaluate widget A against widget B, a whole bunch of hifi sceptics can reasonably claim that the difference that you are genuinely hearing is not due to the widget but because of expectation bias. It’s a real thing.

You will respond with “I just trust my ears” and so the circular debate continues, as it does on every hifi forum!

Speaking for myself, I sometimes feel that replacing a low-cost cable with a “good” one, maybe just “scratches an itch” but at the end of the day, if that means I enjoy the music more (as the itch has gone) then that is just fine. It’s my money after all.

On that basis, one might as well buy a $50 system as a $50,000 system because the physics is the same and even if you can hear the difference it’s not relevant….!

If the systems don’t measure the same (within human hearing abilities), then the physics are not the same. If they do, then your statement is correct. There are $500 DACs that perform better than $5000 ones.