Best one so far

I get A LOT of strange metadata associations by Roon.
Best one so far is this one 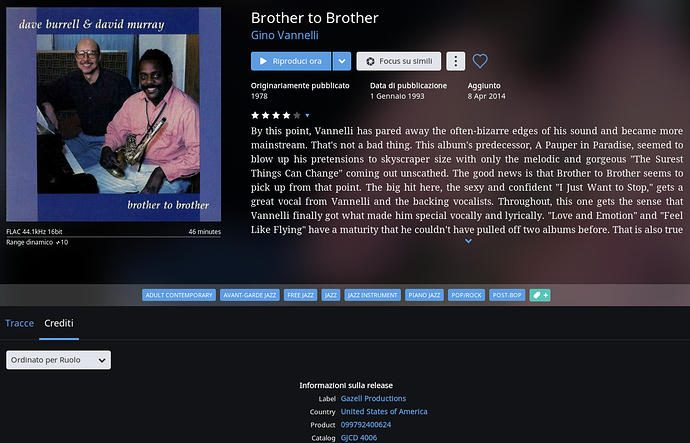 this is only an example.

It seems there is an album by Gino Vannelli and Joe Vannelli also titled Brother to Brother. They are from Montreal, Canada.

in my experience, allmusic i FULL OF RUBBISH. I would really like roon would use another source.
here’s another error.

but it should only one 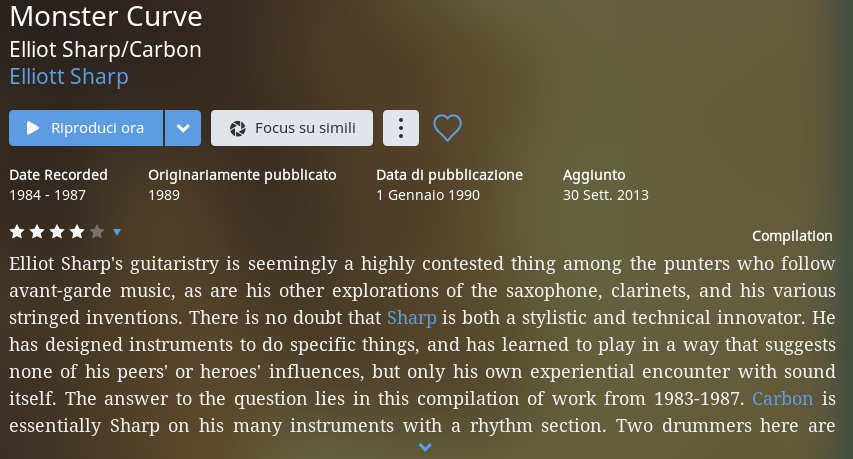 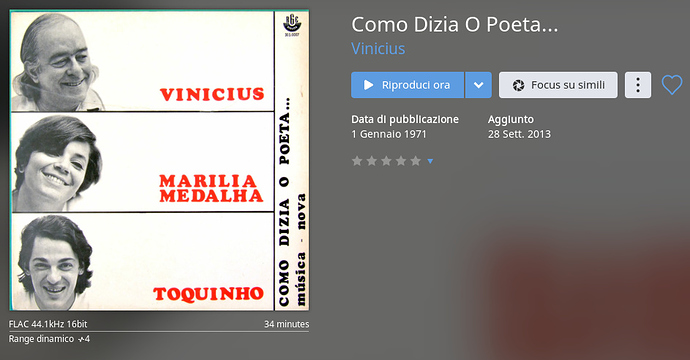 For your other issues, I’m flagging @support.

By the way, if you have different issues, please can you create separate threads for them as it makes it easier for us to track them? Thanks.

I’ve let Rovi know about the misspelling of Elliott and the bad Carbon link.

recognize as a Gino Vannelli CD (an italian artist?)

This song isn’t on the album by chance?

As a Canadian, I’m still chuckling about Gino Vannelli. I know Roon is all about discovery, but IMHO some things are best left undiscovered. I suffered through many of Gino’s “greats” in my early years. I met him a few times him years after his career fizzled (friend of friends). He’s a better person than his music. However, as in all things music, your opinion might differ.