Looking for inputs…setup is
ROON ROCK > Router > Allo Signature > ProJect DAC
All devices is on ethernet Cat6a
Going on another NUCi5 to run HQPlayer from ALLO with RooPieeeXL
Any thoughts on best place…After/before router?
Thnks…

There isn’t really a choice here. You connect the new NUC to the router and it acts as a central switch.

Remember to toggle on Network Control in the HQPlayer icon bar after you have shifted it to a different machine than Roon.

Rather than start a new thread I’ll jump on this one just to clarify as I am giving HQ Player a try.

I assume this is all correct and then in the Roon settings I simply point Roon to HQP on the relevant PC?

I assume this is all correct and then in the Roon settings I simply point Roon to HQP on the relevant PC?

Yep, just find out the IP address of the HQP server PC.

But just a note, HQPlayer won’t play to the Roon-only version of RoPieee.

Excellent - thank you. Will update Ropiee accordingly and give it a whirl…

OK - cool. I have HQP outputting actual music via the PC into headphones for now so that much is working. I’ve seen the thread on which filters etc people use but is there an idiots guide to HQP anywhere?

but is there an idiots guide to HQP anywhere?

Set filters to poly-sinc-ext2 (to start)

That should be a good start.

Thank you again - perfect. DAC is a Topping D50S. Perfectly happy with the sound but people seem to really rate HQP so rude not to at least have a fiddle with it!

Hmmm what are the specs of your HQP server?

Might also be worth trying DSD upsampling (labelled as SDM output in HQPlayer) since the Topping D50s feature ESS Sabre DAC chip.

DSD upsampling is CPU intensive though. What CPU does your machine have?

If your CPU can handle it, then try 24MHz

And if your machine has a fan, get prepared for it sounding like a vacuum cleaner with DSD upsampling… Unless it’s a fast CPU with a big fan (like Noctua).

PCM upsampling is generally quite easy in comparison to DSD upsampling…

I’ll have a play with a few settings and see where I get to.

Well that’s annoying - I have been running my PC on wifi whilst I waited for a new ethernet cable to turn up. Plugged that in so it’s hardwired, updated the IP address for HQPlayer etc and now it just plain doesn’t work. Just says Roon can’t connect to HQP.

Not the easiest piece of software to use it must be said but I will persevere!

I don’t use the Desktop version of HQPlayer (I used Embedded) but at the top of this thread Andy mentioned the below, try it out (I know you already had a different machine earlier and it was working but try anyway):

Remember to toggle on Network Control in the HQPlayer icon bar after you have shifted it to a different machine than Roon.

Yep done that - don’t know why it won’t work all of a sudden. It’s the same machine just hard wired via ethernet now instead of wifi. Plus it whilst it shows the DAC as an input it does not show it as an output and I have enabled HQP Naa on Ropieee XL. 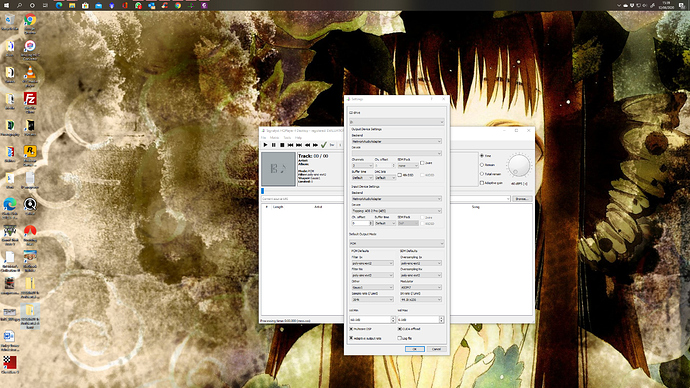 Yes - I don’t know what to select for the input but it won’t let me select the Topping as an output. Even if I put input to [None] and input to network it does not show the Topping. It’s just blank as per the screenshot regardless of what I have input set to.

I know I am cocking this all up but it was working with headphones with the PC when I had input set to network but the Topping wasn’t configured so that was blank and output was WASAPI and headphones.

Just check that the wired connection is classified as private network and not as public. Otherwise firewall will certainly block connection attempts by Roon. And if you haven’t configured static IP, I’m pretty sure the IP address is different on the wired connection, because you cannot have same IP on two interfaces.

Thanks @jussi_laako. The fact you have taken the time to reply gives me confidence in your product

I am slowly getting there. Have managed to get sound out via Ropieee XL however there was a fair bit of popping. Only faint but enough to distract. But, I was only running a Pi 2 so am just in the process of swapping it over to my Pi 4 to see if that helps.

I am liking what I am hearing though.

I am slowly getting there. Have managed to get sound out via Ropieee XL however there was a fair bit of popping. Only faint but enough to distract. But, I was only running a Pi 2 so am just in the process of swapping it over to my Pi 4 to see if that helps.

That is known problem of Pi2 and Pi3 because the ethernet interface shares same USB bus as the USB connector and tends to get overloaded. They just cut a bit too many corners to keep Pi cost low. Pi4 is better in this respect though.

You could also try my bootable NAA image on Pi4 instead of Ropieee. Quite a bit leaner way and no configuration needed at all.