Everything was cool before this clean install, so not sure what happened

No I can imagine. Unfortunately this feedback has not enough information as it wasn’t running long enough. Can you send me another one?

Clock looks great though, at least I have something 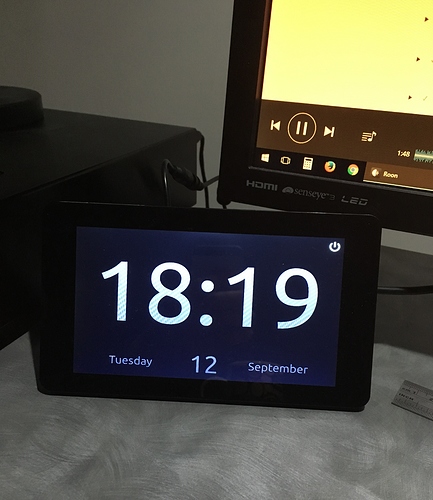 Did something change in your infrastructure?

Nothing changed. Ropieee previous version was working yesterday before I did the clean install.

If I re-install (without un-installing) Roon on my Surface Pro 4 I shouldn’t lose my library right? I don’t know why that would fix anything but it’s one of the few things I could try. Maybe the only thing i can try, other than flagging Roon Support.

No I don’t think so.

When I’m home later tonight I’ll do a few things:

Don’t stress too much about it. It may come back to life like Jon Snow on the next update.

Did a clean install, and everything works as expected. How did you reinstall of Roon worked out?

Hey Harry, no the Roon reinstall did nothing as probably expected.
I’ll try a clean install again this weekend.