The support agent on the phone though that having so many items attached to the local network, a bigger modem /router from Verizon might help. But I will send it back if it doesn’t help. All ethernet cables in the audio room are brand new unshielded cat 5, one foot each. The ethernet long cable that goes from the audio roon to the office upstairs where the Verizon router is, was installed in September,when we moved to our newly purchased home. That long cable is directly connected to the Verizon router. Back in the audio room, the sonic transport, mrendu and nas are connected to a brand new unmanaged switch expressly recommended by small green computer. Can’t think of any other point of failure that hasn’t been scrutinized. I do have a service contract with Verizon, so I just need someone to come look into the setup. It is always possible that the long ethernet that runs from office to sound room is either too long, or somehow damaged.

I wonder if anyone thinks that the Android software on my phone might also be suspect, as I have noticed drops happening while using my phone although can’t really correlate a specific event that seemed responsible for any data disruption. 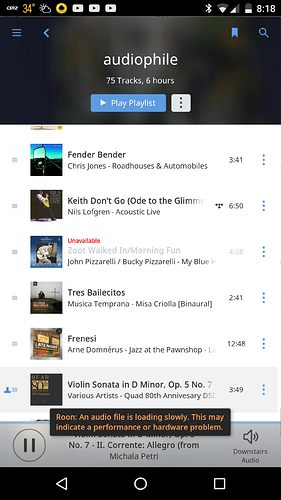 Just for fun, I will swap the DAC to see if the mrendu has issues with the Mytek, which is not supposed to, as I have been told that Jesus has worked with them directly.

Well, I bring interesting news. I indeed replaced the Mytek 192 dsd dac with a cheap Topping D30 from my headphones setup. The microrendu had no issue with it and I haven’t heard a single drop all night.
Furthermore, the microrendu used to dissappear from the system frequently, plus it was downsampling dsd 64 and 128 with no apparent way for me to remedy. It is maybe possible that the driver is corrupted on the mytec. I had the latest firewire version, or so I thought. The Topping doesn’t even cough, it doesn’t skip a beat. But curiously, the locking indicator light does not go on, I guess the mrendu takes over…
Now, when I do the microrendu diagnostics on the browser server, the response is immediate. It used to just hang and timeout. This is perplexing but encouraging. Based on my past here, I should be cautious, but right now I am starting to believe that the issue has been solved?
Maybe this Chinese manufacturer will also make an mqa dac? 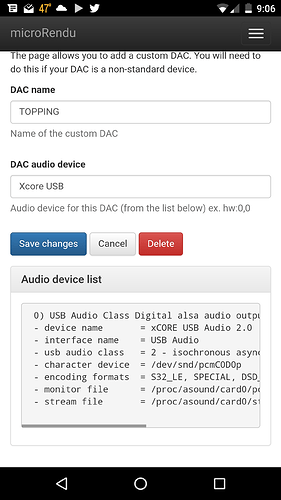 As if it wasn’t enough, the Topping dac stopped working yesterday, lost the left channel. I took the Mytek to my Mac, updated the driver and reinstalled the firmware. Things have improved but the handshake between mrendu and Mytek is not a strong one. Nevertheless, the situation has improved greatly regarding the drops. I am itching to get the Brooklyn dac but I shudder to think… Do I have a DC problem? What could have killed the Chinese dac?

I think that the problem was the interaction between the microrendu and the mytek 192 dsd. I got an smsl M8 dac and it’s working fine, drops are 98% gone. I bought a demo Ayre 9 dsd, I hope that it works well…

I received the Ayre QB9 DSD and I have not heard a single drop out since I installed. Sonic transporter to mrendu to Ayre : winning combo! Thanks all for your time.

Well, it happened again. Out of the blue, DSD won’t stay locked. I get the error message about roon not being able to control the playback device etc. I have rebooted, disconnected, etc. This is not fair. For a couple of months, I didn’t hear a single hiccup and now I am back to square one. I have gone into the server address and changed to native dsd and back to dop with no results. The ayre does have the capability to cap the resolution for “slow” systems. Ideas appreciated.