The review is also for the Remixed album.

Thanks guys – we have a ticket in our bug tracker covering a few issues with albums being marked equivalent when they shouldn’t be.

I’ve linked back to this thread, so feel free to add more here – we should be looking into this soon now that 1.1 is out the door.

Queensyrche’s “Operation: Mindcrime” album doesn’t exist in the database and gets confused with their live album "Operation: LIVEcrime.

@mike. The band Elder and their s/t debut from 2009 get confused with a celtic band The Elders from 2000. Even though you can select the correct version info, the version disappears when selected and is never used. Attached are screen captures. Note the band is called Elder, not Elders. The Roon database is correct with all the other releases except this one. 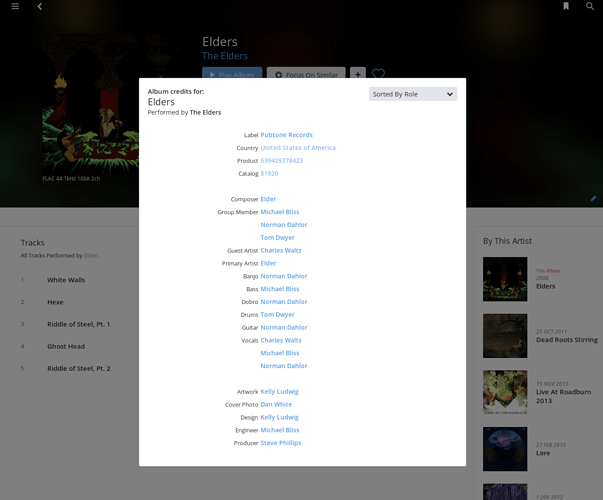 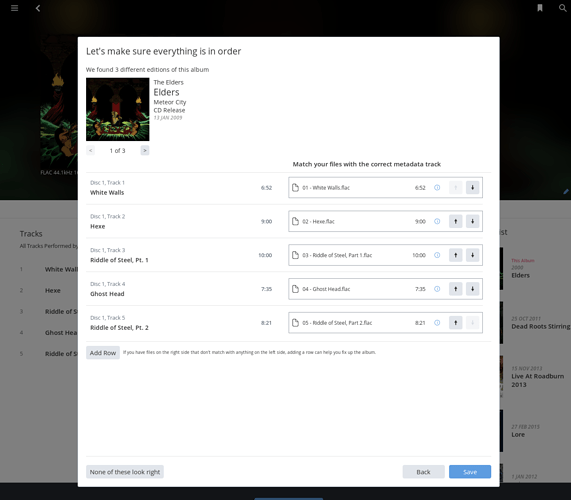 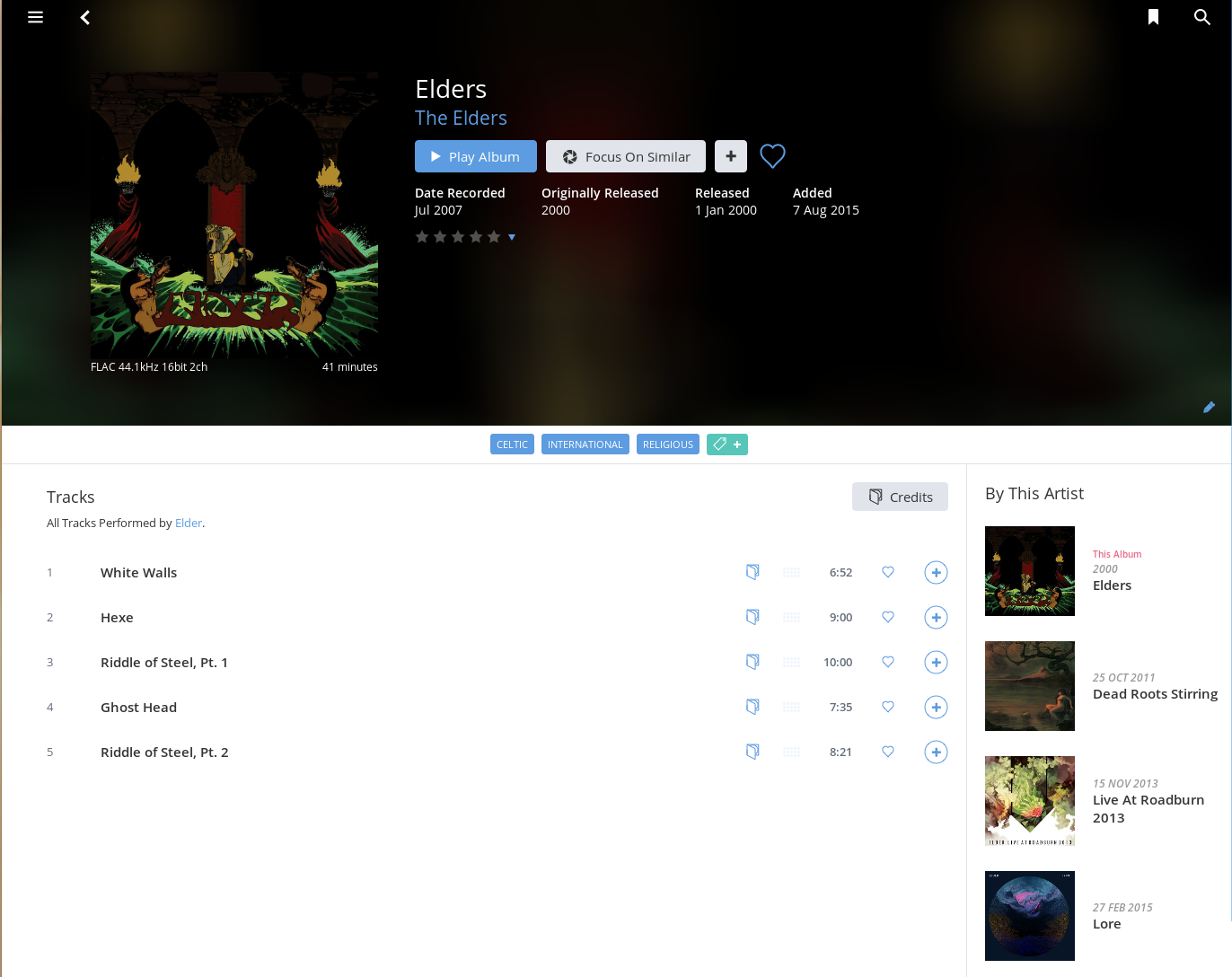