I just bought a blue sound node and running the analogue out into my receiver (onkyo TC-sr800)
Roon shows the output at 16 bit 44khz. Blue sound should output a higher resolution based on the source material and the esp settings. The last step in the chain(see picture) is “node air-play streaming” I don’t want anything to do with airplay and I’d like the higher res output.

Here is a screenshot: 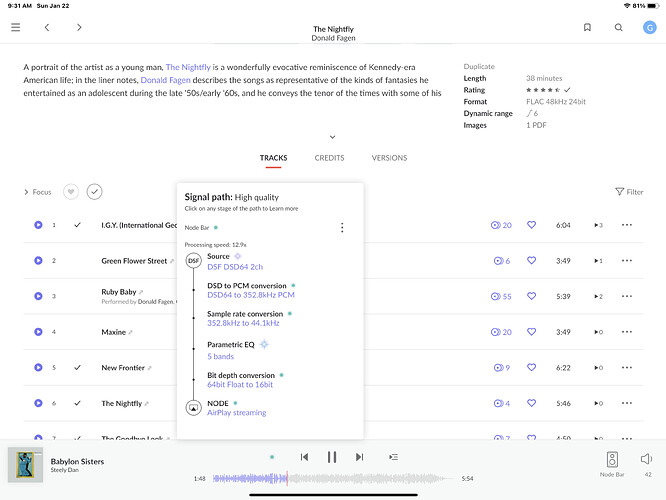 In Roon > Settings > Audio, did you enable the Node as an Airplay device and then did you choose that as the Roon output zone?

There are several sections in the Audio settings, including one for Roon Ready devices and one for Roon Tested devices where Airplay stuff shows up. As the Node supports Roon Ready as well as Airplay, it probably shows up under both.

Your using Airplay as the zone and not the nodes Roon Ready zone Airplay is limited to 44.1 hence why its downsampling, you will only get 192/24 though to the Node as thats the highest it supports so Roon will still downsample. You should see it under Audio Devices under the Roon Ready section. If not then you have some network issue to work out. Are you on wifi or wired?