I see BlueOS 3.8 is out. Ironically I just returned a Powernode 2i because it didn’t do rear speakers and now it does…
Has it fixed wifi or any other issues people were having?

Thanks. It doesn’t say anything about wifi but you never know if they fixed something and didn’t mention it.
I had assumed when I bought the Powernode it worked with rear Bluesound speakers and was surprised it didn’t. It doesn’t work with their wireless subwoofer either and not sure if they fixed that as well.

Surely a dealer would explain to you what a product will and will not do. That’s what you pay for.

Has it fixed wifi or any other issues people were having?

The 3.8.3 release seems to have fixed some annoying issues with the controller app (e.g. albums staying dark after moving your mouse off of the cover; a previous release fixed the problem of being one track behind on highlighting the current track). Took them a year, but these fixes are appreciated and I posted as such on their support site.

Wi-Fi seems to be working for me, but I need to test this with Spotify Connect, which is where I was seeing problems. I will try this out, this weekend.

EDIT: and I will try out the Roon truncation issue and see if that’s been addressed.

Now it is getting worse again. I get now “Roon lost control over Endpoint” often. I had to reboot the device multiple times that Roon could detect it again. It plays, but it does not behave nicely.

With wireless I do not have any problems with it. But that was already ok in the latest 3.6 versions.

Is the Node 2i set to sleep now, my NAD amps with bluesound cards now seem to go into stand by if not in use and thats the message I get, look at the displays and they’ve switched off but they are still on the roon list until I try to play them. Turn them back on and everything is good.

My pulse mini2i speakers dont seem to have an issue and my Node2 has not updated to 3.8.3

And no I cant find the power saving/ sleep setting in any of the menus in the app.

I’d say roon takes about 30-45 seconds to see anything just switched on, I assume thats how often roon checks the network for devices?

The Node 2i does not have a display. If I use the BluSound App, everything seems to be ok, but the Roon integration became worse with 3.8.3.

If something is playing I can press “next” twice and then the error message appears. Then I click Pause, then play twice and sometimes it starts playing again.

While you mention standby, yes, that could be. Because on the DAC it looks like the connection gets disconnected too. But neither find a switch to enable or disable it.

A dealer? You think those still exist? Few and far between.

Have you rebooted your core? I know. I’m looking at the menus in the bluos app and only the speakers show the amp standby option, but my amps are now going into standby, saving the planet I guess. 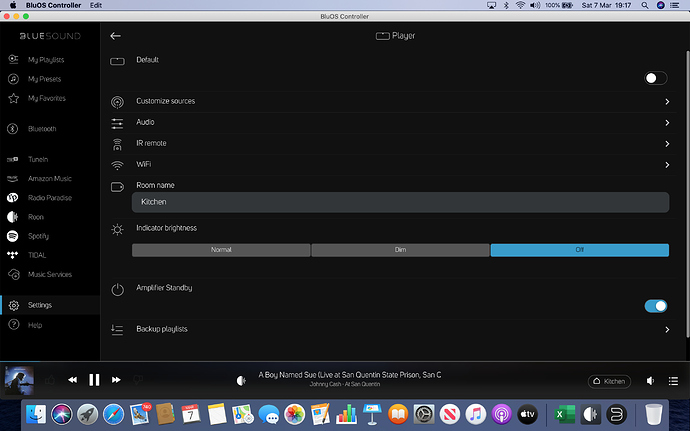 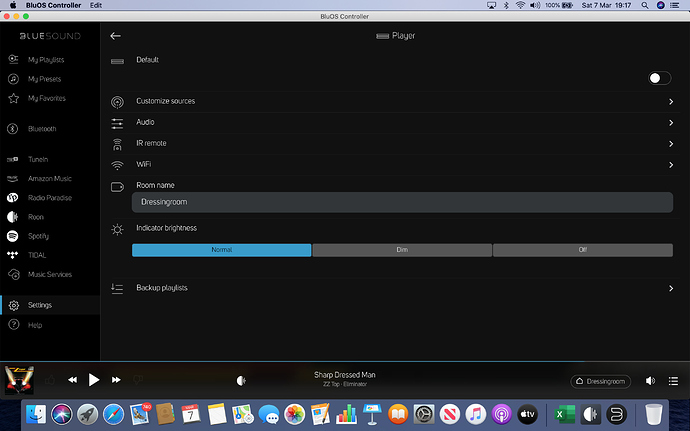 EDIT: and I will try out the Roon truncation issue and see if that’s been addressed.

Well, I’m impressed: the latest build (3.8.3) fixes the BluOS Roon truncation problem, in addition to the other fixes I noted above.

And, I’ve been streaming Spotify connect all afternoon with a Wi-Fi connection without any dropouts (something I couldn’t do before).

From my experience today, I would say Bluesound has fixed everything that I have experienced and have reported to Bluesound’s support forum.

As always, YYMV… I hope this is also fixing issues for everyone else. @support

Sevenoaks Sound and Vision sell Bluesound and have branches across England. They will always demo stuff.

Yes, I have rebooted the core. It is kind of working but far away from good.

Since it is a Node 2i I do not want to contact support. It is not on the list as Roon Ready device. Only the Node 2 is.

Probably I’m going to trash it. It also got a problem with Toslink when I play 24/192. Then it has dropouts. Since I use it only as bridge, I got a few other options.

Useful to know. I just returned a Powernode 2i because of these issues and Roon was my major use case. Also rear speakers didn’t work for home theater but now they do.

Got rid of my Node 2i today. Got an Auralic Aires G1 now. At least this one works nicely with Roon and it is not bad neither.

I would hope so for 5X more…