In 2013, Barclays launched the ‘ultimate’ boxed set with 21 CD’s full of Brel songs. The box is called ‘Follow the star’ or ‘Suivre L’étoile’ and it contains some CD’s from the two previously released boxed sets.

Tidal has ‘Suivre L’Etoile’ in their catalog, but some CD’s or tracks are not available. I did a rip of the CD’s and added them to Roon but there are some issues. Every CD is in a separate folder underneath one top folder. The only thing I changed was the folder.jpg in each directory. I did add the collection in one movement : Roon was stopped while I copied the files to the watch folder.

There are two possible detection results I would be happy with : either 21 separate CD’s, or one album with 21 CD’s in. What I’ve got is a mix : 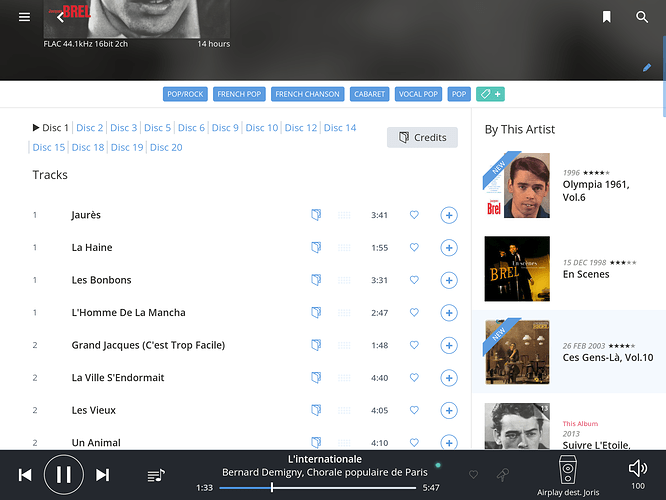 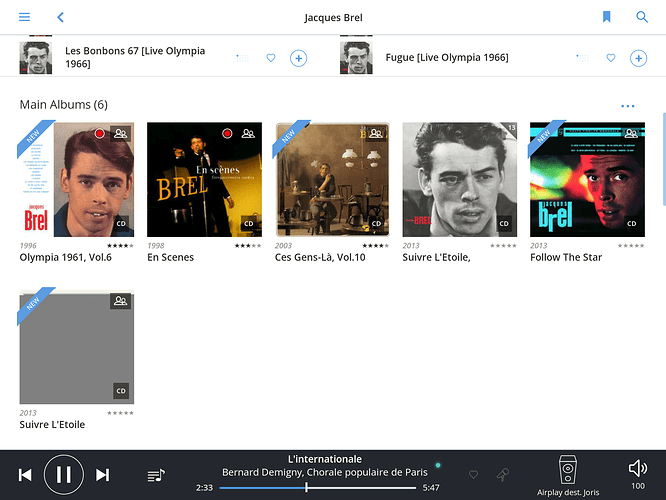 There is an Album ‘Suivre l’étoile’ with 14 discs in it, and there are 7 unique albums.

I would prefer to have the one album with 21 discs in it. There is an error in the artwork (same problem at Tidal) file provided by Rovi (Is it Rovi ?)

I would really appreciate it if you could help me. Thanks !