First 6 concertos all have the same title displayed in Roon. Metadata file names and track titles all appear to be correct. 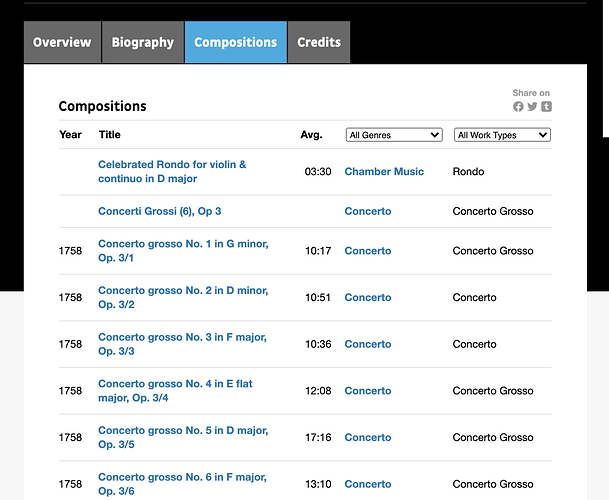 This is an Allmusic page, BTW.

Yes, that’s what I see in the metadata for file name and track title, but this partial screen shot shows 2 of the 6 that Roon displays with the same name. I’ve also tried to edit the tracks for metadata preference, selecting ‘Prefer file’, but it doesn’t ‘stick’. So I’m stuck, which sucks. 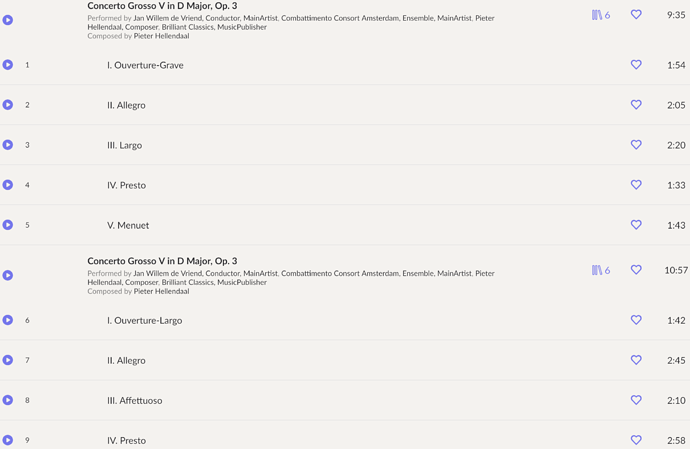 I purchased FLAC files from Qobuz.

In that case, you should be able to:

At this point you should have the six concerti with unique names and properly tagged. See if Roon changes its screen to reflect the changes. If not, a) Prefer File names in metadata options, b) unidentify the album, and/or c) delete, scrub library, and reimport the album.

John V,
Thanks for the assistance. The tagging exercise did not fix the display problem. This album is a re-release of 4 previous albums, and the only problem was in the first ‘album’, which just so happened to be an alternate recording of the same concertos I already have in Roon. For some reason, Roon couldn’t separate the two until I split out this first album as a stand-alone album, leaving the other 3 alone (which are the ones I really wanted anyway). Now, the two alternate recordings of the six ‘problem’ concertos read properly as having two versions, which is the way Roon is supposed to work. I did learn more about tagging, so while it was frustrating, your tips helped me in understanding another bit of Roon.
Thanks,
Greg