The artist Bronson seems to have two entries (using Qobuz).

and another that has BRONSON in uppercase:
which includes the sole album named BRONSON.

The second entry appears to be the correct one (for BRONSON on the Ninja Tune label) and the first entry has those 4 albums mentioned above are attributed to the wrong artist (another artist called Bronson.

Can this be fixed? Can a Roon user report this more efficiently?
Thanks! 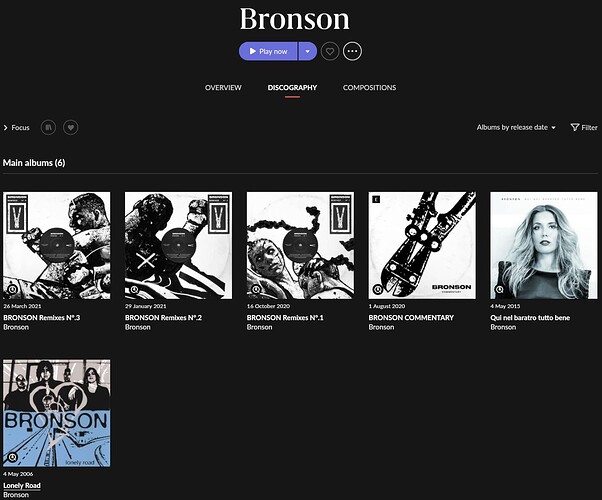 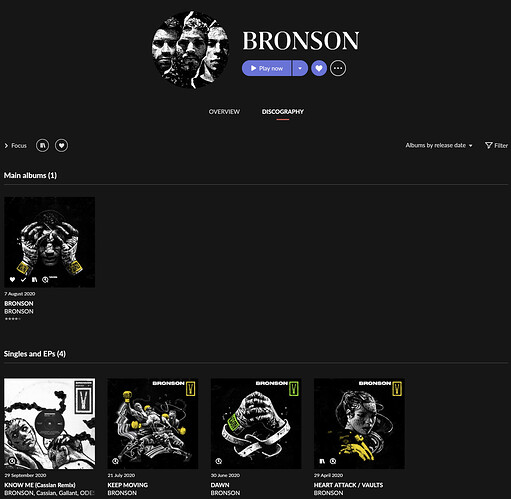 Thank you for bringing this to our attention. We’ll investigate further and reach out to the metadata provider for correction.