It appears that the playlist link for tracks on the “Album now playing” page has been lost with build 778 (both on desktop and iPad platforms. This was an identified issue in 1.8 that had been resolved, but has recurred again with the 778 build.

EDIT: It appears that this is not consistent. Some albums/album tracks display playlist links but others do not.

Example 1: The track “Nice & Easy” on Alvin Lee’s “Still on the road to Freedom” is in at least one of my playlists, but no playlist links are displayed on the “Album playing” page.

Example 2: The track “High spending woman” on Doug Macleod’s album “A little sin” is in the same playlist as “Nice and easy”, and this time the playlist link is displayed on the Album playing page.

I have come across many other anomalies - the playlist link display appears to be very much haphazard.

Here are some examples of the above. This first screenshot is a random section of one of my playlists: 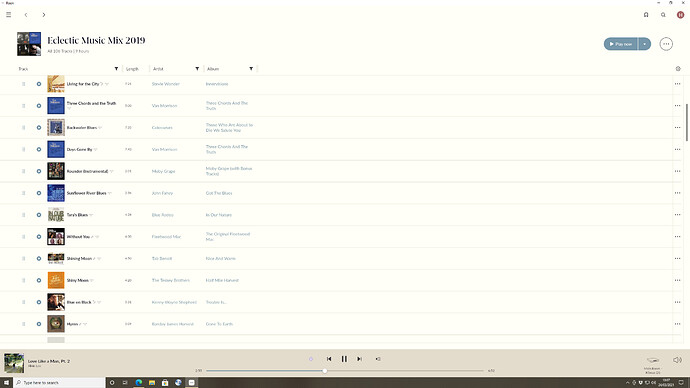 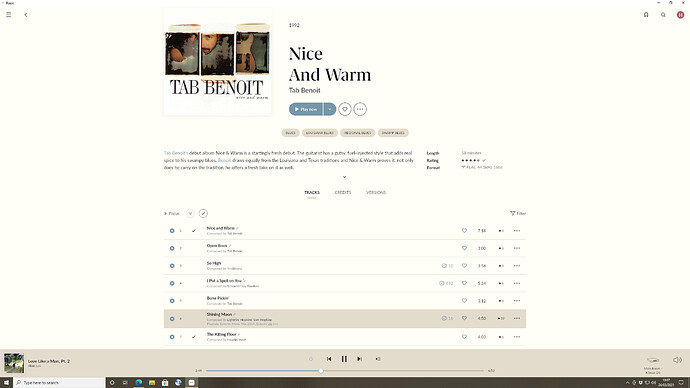 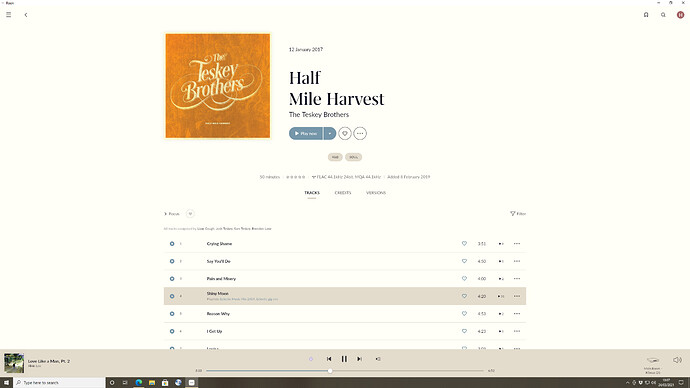 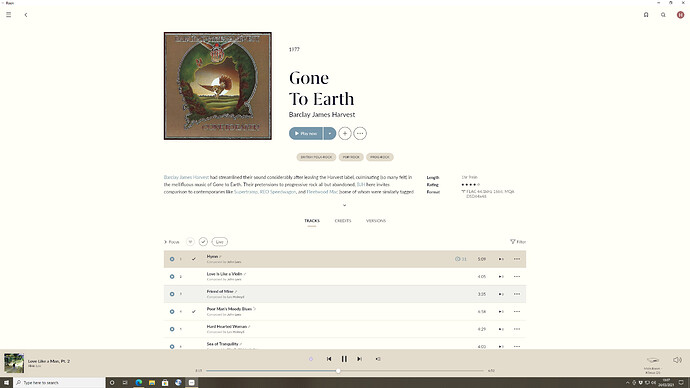 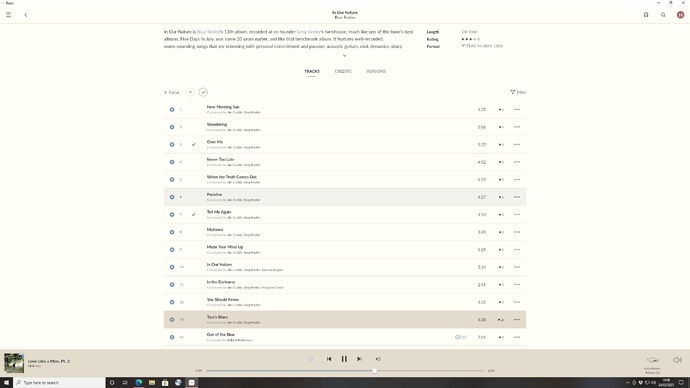 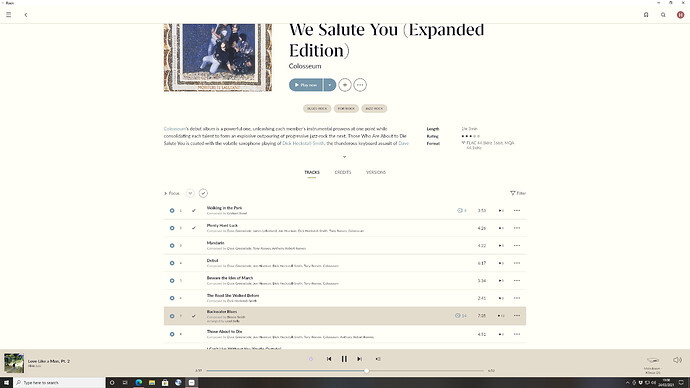 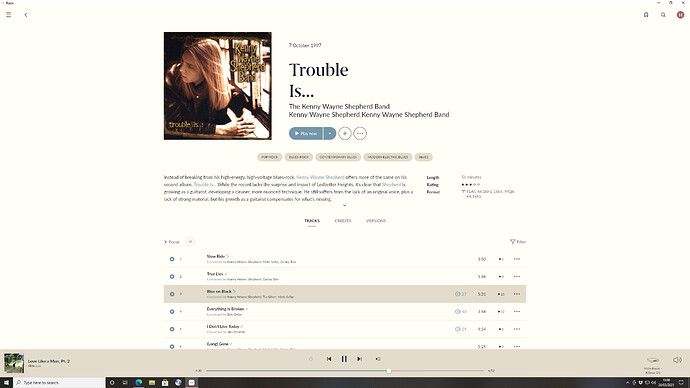 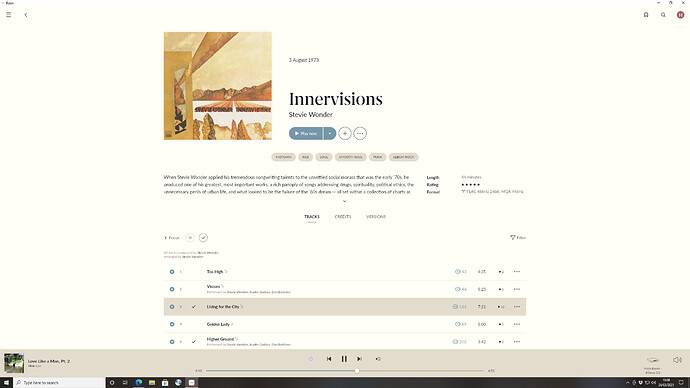 Why the discrepancy and why are some links missing?

Thanks so much for reporting this right away and in such detail! This will be very helpful for our technical team.

One of them will reach out on this thread as soon as possible.

Are these your playlists or Tidal’s playlists?

They are my (Roon) playlists - I don’t use any Tidal playlists.

Just realized I may have misinterpreted your question.

The screenshots I have included were from a playlist I created in Roon. However, although all of them are from albums that are in my integrated Roon music library, I see that all of these happen to be Tidal albums rather than albums in my local NAS.

Remember, if you add a Tidal track to a playlist, even if you add that album to your library later, the playlist track will still point to the non-library Tidal content.

Yes - they are all Tidal albums that I have in my library. It was just a coincidence that the section of the playlist I used to illustrate the problem happened to be mostly Tidal tracks /albums rather than tracks/albums from my local library (I have around 2,500 albums in my NAS).

I cannot be absolutely certain that all of the albums were in my library when I added tracks from them to my playlist but I think they were, or at least most of them would have been.

In a few days from now I’ll investigate some playlist tracks that were definitely generated from albums in my NAS. However, I have just had a disk failure in my NAS, and so it will be 2 or 3 days before I get a replacement drive & get my NAS up and running again.

However, I have just had a disk failure in my NAS, and so it will be 2 or 3 days before I get a replacement drive & get my NAS up and running again.

OH NO! I am sorry to hear that.

A bit of a pain, but not too serious. I do keep up-to-date backups of course and so it’s just a small inconvenience.

I think it’s amazing just how resilient and reliable hard drives have been over the years. This is only the second time I recall having a serious hard drive issue in the 35+ years I have owned PCs or NAS devices. The odd bad sector in the early days aside of course, when reliability wasn’t quite as tight as it is nowadays.

I have 2 NAS devices (one for my music collection and one for photos and home videos) each with two WD Red drives, and it’s the second issue I have since I have incorporated them in my network quite a few years ago now. The first was a motherboard failure a couple of years ago, and now this hard drive (WD Red) failure.

I reckon that’s not too bad a record over my years of computer usage.

Yes, indeed. I remember the old MFM and RLL drives which compared to modern hard drives were pretty horrendous in terms of reliability.