Roon’s answer, despite musicbrainz metadata being embedded in tracks: 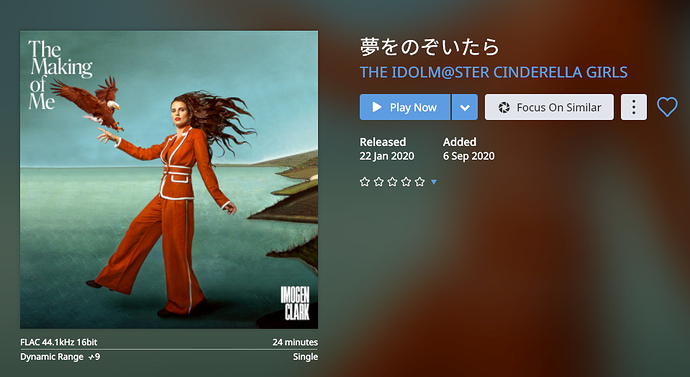 To be fair, this was only added to MusicBrainz on 6th September 2020 (today.) Give Roon a chance to pick up the metadata!

One of the entries is old enough for Roon to pick up; the newer release group from September - it seems - is planned to get merged into the older release group entry from late August. mb is a dynamic source…

What seems strange are the values for Album title and Album artist in the screenshot; doesn’t look like this came from mb.

To be fair, this was only added to MusicBrainz on 6th September 2020 (today.) Give Roon a chance to pick up the metadata!

The data we currently have looks okay here, but it could be taking some time to make its way to your library since there was newer data added. I’d make sure that this album is set to use Roon’s metadata and not file tags and then give this a week or so for your library to have time to update.

That’s the default and I’ve not changed it for any albums in this library. As of now it’s still incorrectly identified. Any reason not to be able to force a re-identification from a mobile client?

Also, given Roon considers the album identified what would trigger Roon to automatically attempt to re-identify it?

Finally, a forced re-identification reverts to the incorrect album reported in the first instance.

Thanks for clarifying, @evand. Can you send this album over to us so I can have the QA team investigate further? Please zip the album and upload it here.

Please zip the album and upload it here

THanks, @evand. I’ve sent this along to the QA team.