I’m writing to report a problem of incorrect Roon metadata in the album display that Roon’s metadata editing facilities will not allow the user to correct. Additionally, the problem symptoms imply something unpleasant about Roon internals. The only good news is that the problem only seems to occur when 1) there is more than one instance/performance of a multipart composition(WORK) in the database and 2) Roon’s metadata for one of those instances is incorrect.

To give an example, the following screenshot lists the first 8 tracks of disc 5 of the Naxos release “Gesualdo: The Complete Madrigals” by Longhini et al. (Naxos 8507013): 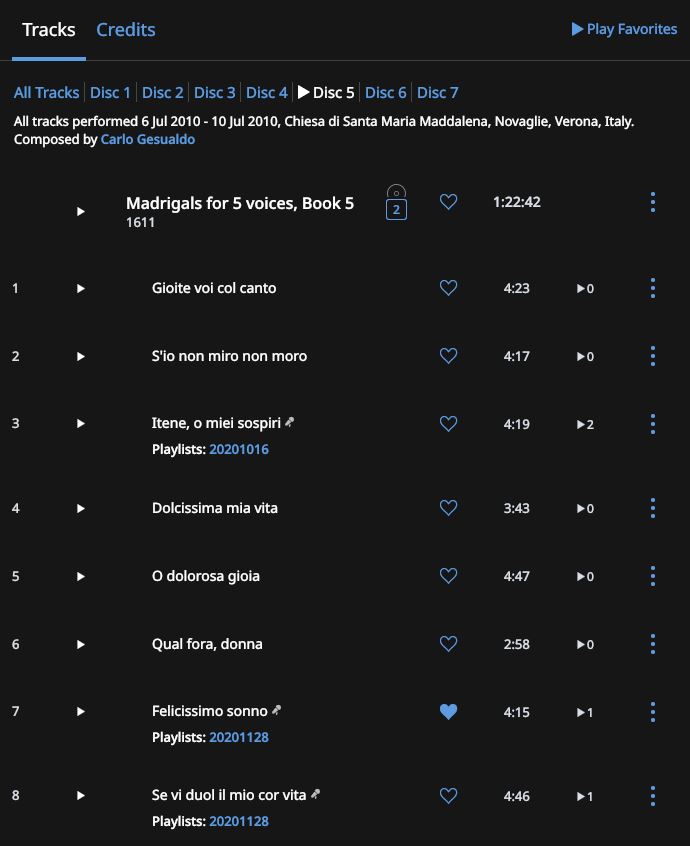 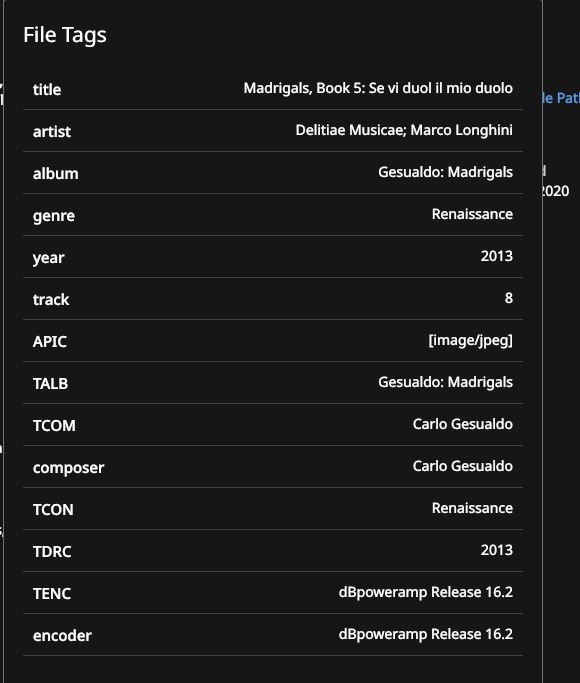 Screenshot02580×683 34.2 KB
(Btw. My WORK and PART tags are also correct, even though they are not shown in this screenshot)

So that you can verify, here is a screenshot of the relevant page in the CD booklet: 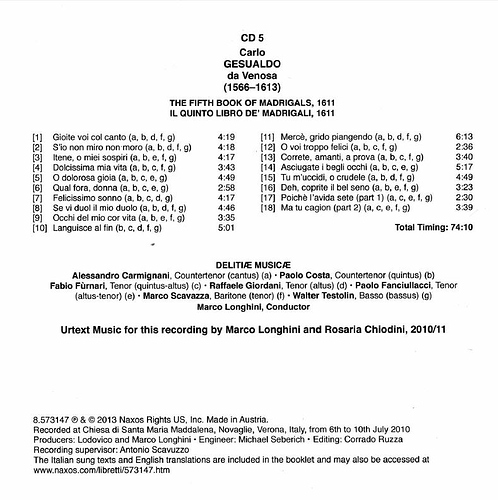 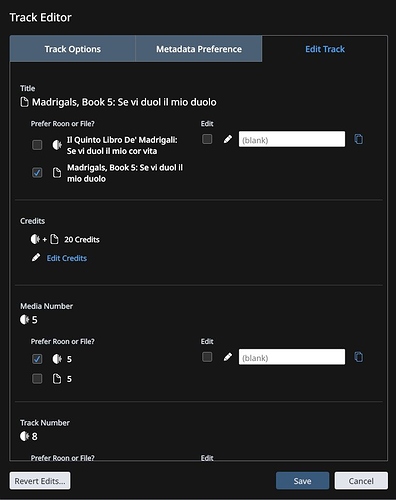 However, something funny does happen. If I play the track, the now playing bar does show the correct title as given in the file tags, even though the album display remains incorrect, as shown in this screenshot: 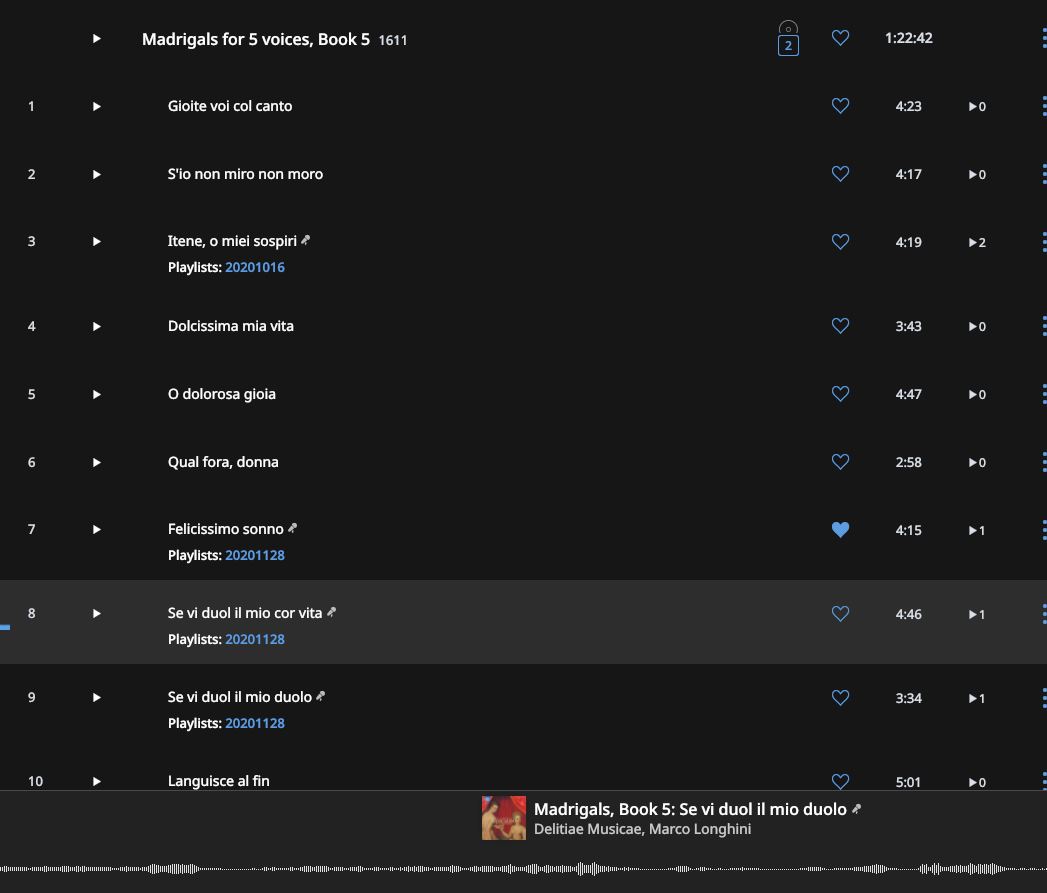 The correct title is also used if I add the track to a playlist, as in the next screenshot:

As said, I have only encountered the problem in contexts where there is more than one performance of a multipart WORK in the database and Roon’s metadata for one of the performances is incorrect. As can be seen from the first screenshot, I have two different performances of this fifth book of Gesualdo madrigals in mine (the other is that released by the Kassiopea Quintet, Globe Records GLO5225). This seems to imply that there is something about the implementation of the relationship between a composition and performances which is preventing a successful edit on the part of the user. There seems to be too something unpleasantly funky about Roon internals: Roon seems to be taking what should be the same information from at least two different places: from one place in the album display and from another in the now playing and playlist displays. That can’t be good.

I don’t run into this problem terribly often, but when I do it’s quite frustrating because there’s nothing I can do about it. Thanks for your help.

Thank you @dylan! I actually woke up this morning wondering if that was the clue and regretted not trying it before submitting the note. Sorry about the bother.