I noticed in the past months that Tidal sometimes changes the quality of certain albums from standard redbook to AAC. I know because I always check the quality and never add AAC to my library. Here’s an example from Goldmund, I’m 100% sure it was 44.1/16 quality not so long ago. I’ve seen this happening on dozens of albums. Right now I have 6 albums that were redbook when I added them, but are now in AAC. Fortunately I also have Qobuz, so now I just replace them with the Qobuz version.

The interesting part is these albums will revert back to 44.1/16 after a while (days or sometimes weeks). I’ve even seen several consecutive switches between redbook and aac on the same album. So sometimes I actually wonder if it’s not Roon that misinterprets the file format ? I never bothered doing any listening test as I just go for the Qobuz version.

Why would Tidal go from redbook to aac and then back again or is Roon misreading the meta data?
Has any one else noticed this ?

Licensing changes. This is normal.

Since licensing is regional, what’s happening to you will not necessarily happen to another user in a different country.

I’ve read the exact same thing happening in another forum, from a non-Roon user.

is Roon misreading the meta data?

In your case, I don’t think so.

Thanks but I don’t think that licensing makes albums switch formats. The album remains available and it even reverts back to the original redbook after a while. I feel this is something else.

I downloaded Audirvana to compare. 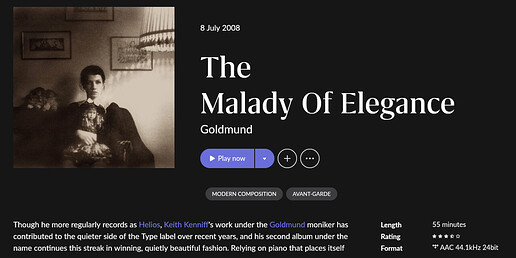 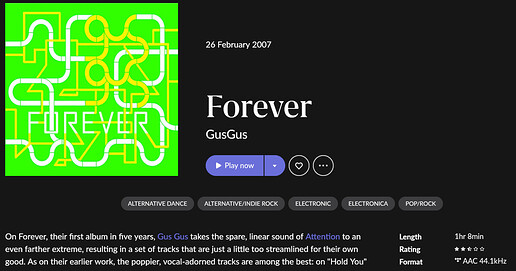 No, you’re right, I have not been following the audirvana saga you mention.

You know it’s funny, I never bothered to check if it actually played AAC or not, I just assumed it would: but the signal path indeed reports FLAC. 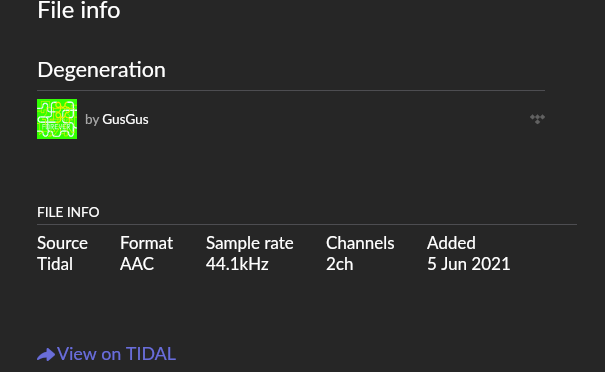 Well, as long as it plays the Flac version I’m happy I guess.