For example, I have a few Tidal albums I added yesterday appears as if I added them after an album I added 30 seconds ago. Here’s a screen shot with test and arrows. 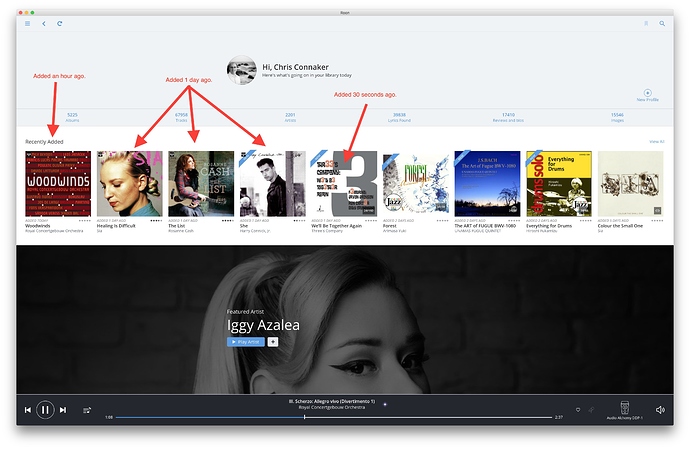 Hey @ComputerAudiophile – TIDAL albums in Roon get their default import date from TIDAL’s API. If you starred a song in TIDAL back in October, the import date in Roon should reflect that (unless you edit the import date).

The TIDAL imports that seem to have the wrong import date, how are you importing them? In Roon, or via one of TIDAL’s clients?

HI @mike I used both Roon and the Tidal iOS client to add as a favorite / import to Roon. No matter the import data specified by Tidal (as long as it’s in the past not the future), a local album imported in the last 30 seconds should appear as the newest album to the collection.

The entire problem was caused by an incorrect date and time on the new server I am using.