Network Details (Including networking gear model/manufacturer and if on WiFi/Ethernet)
Mac Mini is hardwired to the Netgear router.
Laptop uses a killer 1550 wifi card.

Description Of Issue
I am unable to play any Qobuz content since updating Roon. The Qobuz albums show up in my library, but if I push play they never start playing - they just sit at 0:00.

I am able to play Qobuz content with their app just fine on the same machines that are having the issue. I’ve restarted the PCs, waited an hour for the songs to process, and still no go.

I’m able to play local files with no issue.

I also unregistered the Mac Mini and tried running my core on my laptop, which is a i9-9900k with 32G RAM and a 512G NVMe SSD. Same issue.

I’m having this issue. After a few attempts hitting play the track starts then stops after a few seconds. Hitting play again plays the track without interruption (not fully tested yet as I’ve just upgraded and on my way to work).

I also tried the Qobuz new releases playlist and the big play button is unresponsive.

Again I need time to test more thoroughly (including trying out Tidal). 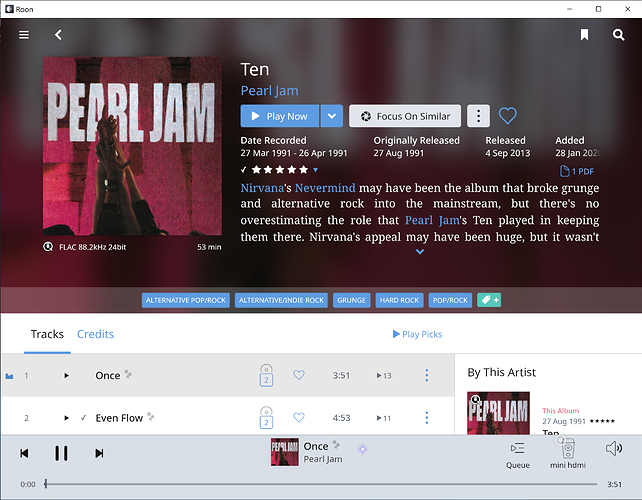 It just sits at 0:00. No error message. On both PCs. After signing out and in to both roon and qobuz.

I just re-subbed to Tidal - it works fine. It’s only Qobuz that has an issue with the new version of Roon.

After a reboot and database upgrade, the issue has been resolved for me.

I’ll tag @support to follow this up for you.
In the meantime could you try removing the Qobuz account from Roon and then signing back in.

I know it’s no help, but Qobuz is working fine for me after the Roon update on my Windows 10 laptop.

Oddly enough, this afternoon it works fine. No changes on my end.

Thanks for the update, @Janet_Sullivan! If you see this issue return please do let us know.