David - they’ve made it real clear… Squeezelite is not supported. I’m running it myself, and the Squeezebox support is only beta at present anyway. So maybe any such problem will clear up over time. 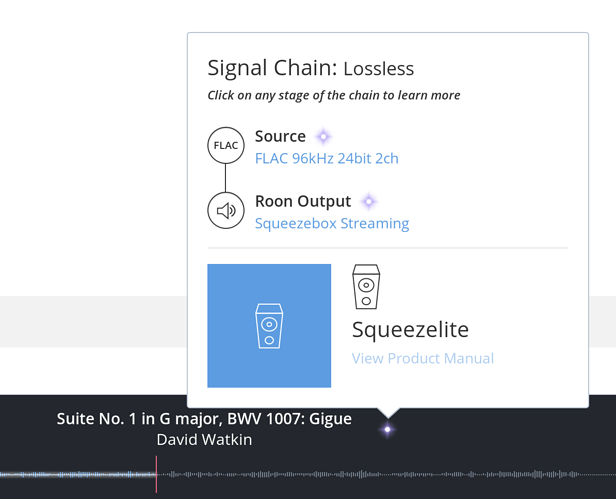 For me, running squeezelite as part of picoreplayer on a raspberry pi, shows up lossless and high res. 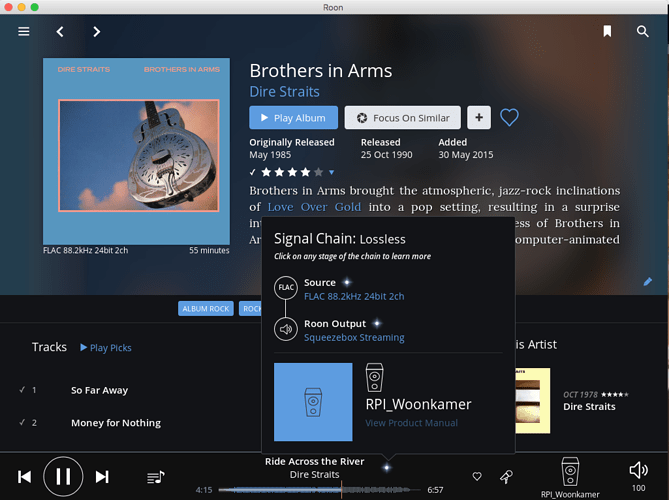 Seems I am not the only happy camper out there

It sounds like you may have SqueezeLite set to run on top of the OS mixer instead of an hw:* device.

A post was split to a new topic: Don’t default volume to 100

The garbled font problem has disappeared with the 64 bit version.

Thanks. I was able to figure it out. I had to select another output from the squeezelite settings. I’m using a Devialet and “iec958:CARD=D20,DEV=0” allowed all sample rates.

I then couldn’t get DSD working but it was because I was using the iPad app. When I switched to the mac app I saw the gears icon and could select DSD over DoP.

It’s all working now and sounding great. Thanks for all the hard work.

Looking forward to Roon Ready devices and Roonspeaker for the Raspberry Pi.

As others have reported, it does work at high res., even into Squeezelite. One thing you need to be careful to do is to disable any ShairTunes plugins you might have running on your instance of LMS. At first, I was trying to connect to SlimProto clients that were also advertising themselves as AirPlay compatible end-points, which didn’t work too well. Hence the need to uncheck the box as shown below, or stop LMS running altogether.

After doing this, I was able to get to the following state rather easily: 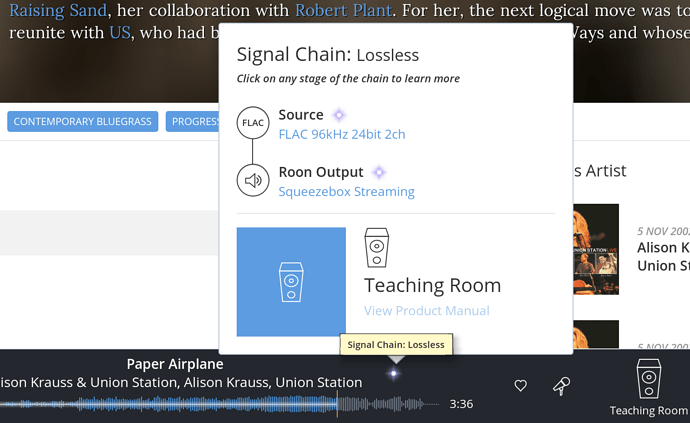 Very happy with my initial experience here. I wasn’t sure I was going to keep my subscription until I tried this build. Now, I am!

I am particularly happy that Squeezebox streaming is working so well on its first (beta) outing.

Nice work, indeed! Much appreciated here. Happy and restful holidays to the team.

3 posts were split to a new topic: Build 88 - HQPlayer seems to be unstable

So what is the expected behavior of the Squeezebox display during Roon playback? My experience on my Touch is that the Playing Now screen displays momentarily and then returns to the menu and then cycles throw this maybe every 30 seconds or so? To be honest, I don’t pay that much attention to my Touch screen but found the cycling between Playing Now and the menu a bit distracting.

During playback, I see the now playing screen + no cycling.

Is your touch firmware up-to-date?
Did you power-cycle the touch after switching from LMS to Roon?

OK, working as expected now. I had not power-cycled the Touch. It is running latest firmware (7.8.0 r16754). I hadn’t thought to power-cycle it because it just worked correctly first time as had all my SBs.

Since I do plan to switch between Roon and LMS occasionally, at least until radio streaming is enabled in Roon, it looks like I will need to remember to power-cycle each SB when switched. No problem.

Awesome job with the update. Thank you!

Great job on the update. Couple of SB3’s and a Duet running here. The controller even seems to work on the Duet for volume and displays the album art.

Awesome update. Two SqueezeboxTouches, an SB Radio and Duet controller working! The only issue I am having is that the controller can’t adjust volume on Touch or Radio. Is there a way to get this to work?

Just thanks for the great Christmas present: Tidal and the Beatles upsampled to DSD by HQPlayer. Loving it.