My post is intended as feedback about 1.1.88 compared to earlier builds. If my experience is unique, so be it. If it helps to identify what my experience entails to help refine roon’s builds, all the better.

Lately, as with 1.1.88, when adding new albums to roon from my watched folders in which I often customize/personalize the metadata including the correct cover art that matches the CD I just ripped, roon will change the cover art.

That’s not my issue. I patiently highlight the album, enter the edit files and click on the correct cover art I selected when ripping the CD. With 1.1.88, I am noticing that roon will change my correction of the cover art back to the selection roon made even though after correcting the cover art and saving the edit. Such that I find myself having to make the correction several times before my editing remains as the selection.

For example: Respighi’s Ancient Airs and Dances (Mercury Label), my CD’s cover is 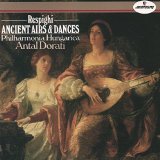 But roon changes that to 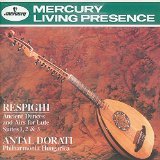 To date I have had to edit roon’s change back to “its” selection several times. Is this a bug? And I am noticing that albums added often are duplicated with different versions, i.e., partial tracks (compared to what my watch folder contains) or different listings of artist/album artists as in less than what I originally included. The cure is available. I merely hide the album version replicated that is not the full version. And may have to do this several times before roon stops altering what I choose. And I highlight edit tracks and add my own album title which is often more elaborate than what roon changes the added album contains as well as add my own artist/album artist description.

Just to recap, I am noticing for some albums post 1.1.88 update which I am appreciating, nevertheless, despite the release notes indicating that personal edits of metadata has improved, I am finding I have more correcting what roon decides to change on its own that is different from what I created as metadata in the first instance than ever before with earlier builds.

Cover art changes require the most redo’s after changing back. Track titles and artist/album artist remain corrected (thank goodness) but sometimes require a ‘redo’ after I correct what roon changes.

I am at nearly 9000 albums, and nearly 96,000 tracks. I am fastidious about entering the metadata before adding the albums to roon.

I am posting to provide feedback to the staff and to other members who may also be experiencing similar issues. In every case, I am able to cure the problem.

With another issue, I made the mistake of a using the same title except for Disc X of Y for a 3Disc Box Set, which roon confused all two of the three albums re complete tracks. The fix, was easy: Keep the Disc 1 of 3, 2 of 3, 3 of 3; and change the actual album Titles to the actual compositions on each CD instead of grouping them all together as the common title for all three discs. Once I identified what compositions were on each disc, roon accepted my “organization”; although, several times in the future added incomplete albums back, which I have had to hide (as opposed to delete – never know when to delete so I hide).

I imagine, roon naturally is a work in progress and the updates which are intended to improve earlier builds and impediments need further refining. Understandable, as my overall assessment is that roon is well conceived and functional for the most part, with my appreciation for all the it provides.

Again, my comments are intended as feedback to help innovate and refine how roon is receiving additions to the library from watched folders (not organized folders). I believe I am playing by the rules for metadata editing correctly (or not).

I don’t have an answer and have not heard of this problem before, but am curious about this as I’m also fairly fastidious

When you say “I am noticing that roon will change my correction of the cover art back to the selection roon made even though after correcting the cover art and saving the edit” - does roon do this immediately after saving the edit, or is there a time lag before it happens? Also, how long do you wait after importanting the album until you edit the metadata? Roon can take some time, depending on various factors, to import the metadata. If you edit it before Roon has finished this process then I can see why it might be changed back by Roon.

You mention other problems in addition to the cover issue, and so maybe the problem lies elsewhere. Where is your music stored - on a local drive or something else? Hopefully one of the devs can advise!

These issues continue in various forms. In response to your inquiries, I own a lifetime subscription and have early on after roon arrived. Earlier builds had their issues, but 1.1.88 with so many fixes appears to be even more problematic.

My music library is stored on a Promise Pegasus R6 18TB Raid 5 HDD. Fast reliable. No issues. At present I have 9,000+ albums in that library and nearly 97,000 tracks.

Typically, after ripping albums employing XLD or dBpoweramp which adds the albums to my music library stored on the Raid 5 drive, I have already edited most of the metadata before the actual ripping while in XLD. Then I open iTunes and edit if needed. My folders are watched NOT organized.

After adding the albums to my music library and editing the metadata in iTunes, I launch roon to accomplish the following: 1. Review the albums just ripped which are automatically added to the roon library. 2. Check the metadata of the albums as they are displayed in roon.

I wait for the spinning wheel indicating that roon is adding and reviewing the album information. Most of the time this is accomplished rather quickly. With 1.1.88, the frequency of problems has multiplied.

If I find errors in roon, I may edit the album in roon, and or make corrections to the album in iTunes which is then mirrored in roon automatically. The metadata for the albums displayed in iTunes is NOT changed unless I change it.

Of course, albums added to my music library often display in roon correctly. I review roon additions after adding the albums to music library to insure roon does so as I would prefer the metadata to appear.

The same is true for album title which is almost always my choice, and roon will leave out the details I add to the title, I.e., Disc 1 of 3, or Kind Of Blue Hybrid SACD or King of Blue HDt192 (HDtracks.com 192/24) etc. That is easily corrected by editing tracks.

I may need to correct Artists or Album Artists because I added some of the other artists that appear as I choose. And roon will simplify that edit to one Artist. I just copy my album title from iTunes and make the correction back to that title, which roon accepts.

Some albums will appear twice after adding. Typically, when reviewing what each duplication contains, one of the albums contains only one track or a couple of tracks but not the full number of tracks. I correct that by hiding the incomplete duplication. Sometimes that duplication returns at another session of adding new albums to roon, even though I already handled that.

This happens often now. By often I mean corrections I made to the roon additions that are changed back by me to mirror what is in my music libary, show up later in a different session changed by roon again.

In other examples, I may have added two CDs or 3 CDS in an album (box set of more than one CD) and the additions in my music library appear as a folder for each CD, I.e., Maria Callas’s Best Of Disc 1 and a separate folder Disc 2 same title. And roon will combine disc 1 and disc 2 into one album, but with Disc 2 Disc 2 indicated and selectable just in one album. That’s fine with me as long as they are complete. Sometimes I find both a combined album with Disc 1 and Disc 2 complete, BUT, duplicates of either Disc 1 or Disc 2 which lists less than all the tracks on the particular disc. After hiding those albums (rather than deleting them as I never know if Delete will actually delete what is in my music library), in another session, roon may add those partial lists of tracks again.

I use forced rescan, and clean library, hoping to clear the repetitive additions.

Sorry for the epic post. But this continues to be my experience with roon. I find creative ways to correct either what the iTunes library metadata contains or go into the actual music library folder and make changes there which helps roon “organize” the roon library.

I am finding I have to “organize” my roon library more often than ever with build 1.1.88. Not willing to passively accept what/when roon changes my additions that differ from original entries I made. Prefer roon to iTunes, but iTunes does not change my additions and metadata unless I make the changes. Of course, roon provides an extraordinary array of information for each album that iTunes does not. I love that. It’s the altering what I start with that I am contending with and roon probably needs to make the corrections it’s programmed to do to retrieve information and metadata it’s designed to do.

I live with this as I love roon and would not give it up.

I get that roon has their own method for adding albums/tracks to the roon library. And to accomplish this, uses services that do it with “their” choices. But I prefer “my” choices. Once I make them, what triggers roon to change my choices?

I have 9 editions of Kind Of Blue, it’s easier for me in the title to indicate an identifier for each edition than add a tag. I download tons of music. It’s easier for me to know which vendor and the sample rate than tag it. My recall is “pretty” good and album covers that don’t match what I recall, confuse me. I prefer the original cover art I started with.

I know I could have distilled my post into probably one sentence: Given my choices, given I have edited roon’s corrections of my choices, what triggers roon to change my choices back to their choices?