Build 99 update and now roon will not play [SOLVED]

Dear Staff:
I am at a loss! For the first time in my lifetime subscription, I have updated to a build that refuses to play my music library. After I select an album and click play with Play All or on the transport bar, I get the message Transport couldn’t connect to HQPlayer. This has NEVER happened before. Can you please help me? Is this a known consequence of the update? In truth I didn’t look for other threads. And I am feeling a bit put out by the result.

Please advise at the earliest possible time. Thank you in advance.

Is HQPlayer running on the same machine as Roon?

Yes. I just switched Zones to my Dac and play is glorious. HQPlayer and roon core are running on my Mac Mini. with 1.1.94 everything was hunky dory, including roon/TIDALHIFI/HQPlayer/up sampling to DSD128.

But as soon as I downloaded and installed 1.1.99 Transport can not connect to HQPlayer.

Thank you for such a prompt response. Can I help you help me?
Best
Richard

Just to give you a little more idea of the direction I’m thinking. Either:

I’m sure we’ll get this sorted out…the mechanism for establishing that connection is very simple internally. This has to be a simple issue.

Can I see a screenshot of your HQPlayer configuration in Settings->Audio? Basically, this:

OK roon community send me to the blocks.

Brian I never started HQPlayer. There it is. I got so excited with the download, I just selected a great album with Paul Bley who passed a few days ago, and forgot to launch HQPlayer.

Please accept my apologies for being a complete ass. Wait, I’ll start HQPlayer and change the Zone back to HQPlayer. BTW: The SQ is glorious for build 1.1.99 coming through my W4S Dac2 DSDse. Wow!

Wasted your time Brian with my meshugaas. Sorry to the whole community.

Thank you for your support,
Richard

No worries. We’re happy to have your calm and soothing presence around these parts. Keep doing what you’re doing 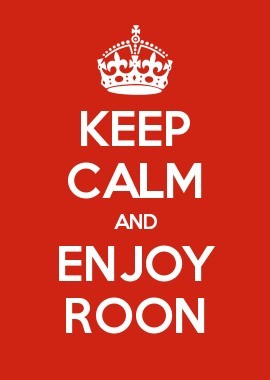 This is the best thread on this board. Awesome, Richard. Very briefly, I had the same reaction after downloading Build 99.

Your post made me chuckle. Thank you for the kind words, especially how foolish I felt. Your comments are much appreciated. After all, we’re all Humans-In-Training. I just proved it today. Hope all went well. I get the sense it did.

Good to chat with you,
Richard

Very similar experience to yours Richard, including that ungodly sound once I discovered the error of my ways.

What a hobby, huh? All I can say is, with Roon this kind of thing happens far less often than it did when I was using jRiver.

I just added HQP to the autostart folder on my server because someone I know may have done something similar in the past.

Makes sense, but isn’t it advisable that we open Roon first?

I think RoonServer starts before it.

Roon actually doesn’t connect to HQPlayer until the moment you press play–it doesn’t matter who’s up first so long as it’s there before you try to play music.

Well, there goes that myth. Thanks Brian.

I knew that (smile).

How I know, is that I have launched one then the other. And another time, launched the other first then the one, and the difference in the order did not matter. As Brian rightly points out, both need to plugged in and “on” or you can only play silence (smile).

Myths are meant to become my this works this way…