Building a streamer. Would love advice

First off, I apologize if this is in the wrong category.

Roon is a very nice piece of software with a great GUI and features as we know.

I want to build a complete streamer with a touchscreen to boot that has full roon control giving a digital out.

I can easily build a headless streamer using roon and a separate app. But this time I want the full GUI on an integrated touchscreen right in the same box.

Currently I have an RPI 3 which likely won’t have the power for the control side. Useful for a server or bridge? Or even as a separate control for a cd ripper nas in the same box?

What do you guys recommend for control? Should I just build a mac/windows pc directed to boot right into the program full screen and take care of the output? Or separate it and get like a small android based sbc with a screen and have it auto boot into the roon app controlling the core software in a different board?

A complete solution that already exist are the PiPO consoles. The X9S or X10 come ready to go. All RAM (4GB) and storage (64GB) is embedded and it comes with Windows 10. Earlier models have a smaller screen and only 2GB of RAM. I imagine the process of making it a dedicated machine that boots straight into Roon would not be hard. Your major issue is that control and playing is limited to W10 or Android.

I have an X9S, fan disabled and iFi 5v switching PSU.

I’ve been thinking about the same thing but with a smaller touch screen.

If that’s Pi based I’m not sure how it could run the Roon GUI … as the Roon GUI requires Windows or OSX operating systems.

Maybe some tinker board with an Android distribution could work.
Then you could install the Roon App from the Google Play Store. But then you could also get an Android tablet in the first place…
I tried installing Android on a Cubox a few days ago to have the Roon GUI on my TV and it worked…

Thank you guys! I have done more poking around and just learned at API is a thing with version 1.3. Very cool for integration.

Do you guys know of some very affordable, small one board computers similar to a Pi, that I could install windows on and run rune seamlessly?

I don’t know how possible, but gpio would be nice here and even i2s out too

Maybe this one (but pricey compared to a RPi):

UDOO X86       SUMMARY UDOO X86 is the New PC: the most powerful x86 maker board ever and an Arduino™ 101-compatible platform, all embedded on the same board. On UDOO X86 you can run all the software available for the PC world, from gaming to video...

Thanks! Price is understandable, as really roon asks for an i3 as a processor anyway and specs much greater than the Pi will be needed regardless.

The x86 board will need to take care of running roon, displaying the GUI with a touch screen, and likely running as a nas with auto cd ripping and metadata collecting in the background in a windows os. I see nothing wrong if I go about it like that? Except that I will need to choose the best board for the job that can do this no problem. Preferably affordable and small dimensions. I don’t even think Gpio would be necessary at that point as hard buttons and I/o can be through USB. I2s can be taken from the Pi as an output device likely

Have been following the Udoo thing since they were supposed to ship in November. Not sure what the holdup is but don’t count on this if you are in a hurry.

Sorry I missed the Roon GUI bit, I’m going to see if I can improve on the Squeeze light GUI to make it work on a smaller screen or try the 1.3 API to display what’s playing if I have issues with touch/responsiveness.

Yes, I actually pledged for it on kickstarter.
They had some issues with the PCB and had to replace two losgestürmt on the board.

This is their email (sent on 20th of January) regarding shipping timeline:
(can also be read on their kickstarter page)

here we are today with the shipping schedule.

We told you yesterday we would have published next week, but since new information has already emerged we’d like to share it with you.

We’re going to receive the PCBs from our suppliers around March 6th.

We will start shipping on March 10th.

We are doing our best to get everything done as soon as possible, but as some you may already know we’re close to the Chinese New Year, and the PCBs on which we’re going to mount the components are from China. We have asked the fastest delivery that our suppliers can offer during this period and this is the best we can.

The good news is that the shipping will only happen in one batch. In other words, we will be able to ship everything in a couple of weeks or maybe less.

Pre-orders
After we will have shipped all the items to our Kickstarter backers - i.e. you

Well that is promising then. I did want to use it as the engine of my streamer (a dumb black box controlled remotely) but Odroid and DietPi have proven their worth to me. I am just waiting for the final piece of the puzzle to ship from China.

I use a Minix Neo Z83-4 as an endpoint. It’s a complete machine with an Atom Cherry Trail processor, probably similar to lowest UDOO board. A Hong Kong company with excellent customer support. Might work for Roon core under a Linux fork. I mention it because they also make Android machines.

I also have an Intel Thin Canyon NUC with the punk-ist Atom processor going. Just running the Windows GUI brings it to its knees. Ironically and a little off topic, it runs a JRiver server that gets its files off a Synology NAS and feeds several JRiver client machines, with both movies and music, without a hiccup. Might work for Roon core under a Linux fork and it’s dirt cheap.

Both available on Amazon.

I’ve been meaning, as an experiment, to try Roon core on both. That requires disabling my current Roon core and installing new ones, etc. and I just haven’t got around to it.

The Minix-Neo will run so long as it has enough RAM. It is the same chipset as the PiPO machines mentioned above. The Thin Canyon NUC is single core I think. It can be an endpoint no problem I suspect but I who am normally quite adventurous have never considered running core on it.

@Henry_McLeod:
They started with shipping process of the udoo x86 board today. But it could take up to 4 weeks…
I’ll receive mine probably at the end of this timeframe as I am backer no. 3.873 of 4.245…

It would be really interesting to hear what you think of it. I’ll put an order in once the backlog is cleared. Right now I am using an Odroid C2 with the optional eMMC and that is doing an excellent job.

Dear Henry, what image did you installed ? Do you use it as an output to the USB dac over Ethernet ?
Have you compare it to an SPDIF Coax connection ?
BR,
Xavier

Hi, I used DietPi which is well supported here, so Ethernet-C2-USB-Singxer SU-1. It will all end up in one box and so will effectively be Ethernet to the various types of output.

The board arrived a few weeks ago. I currently have Win10 installed on it and added a 256 GB M.2 card. it is now my “Portable RoonServer” (combined with a Audioquest Dragonfly which is not in the picture): 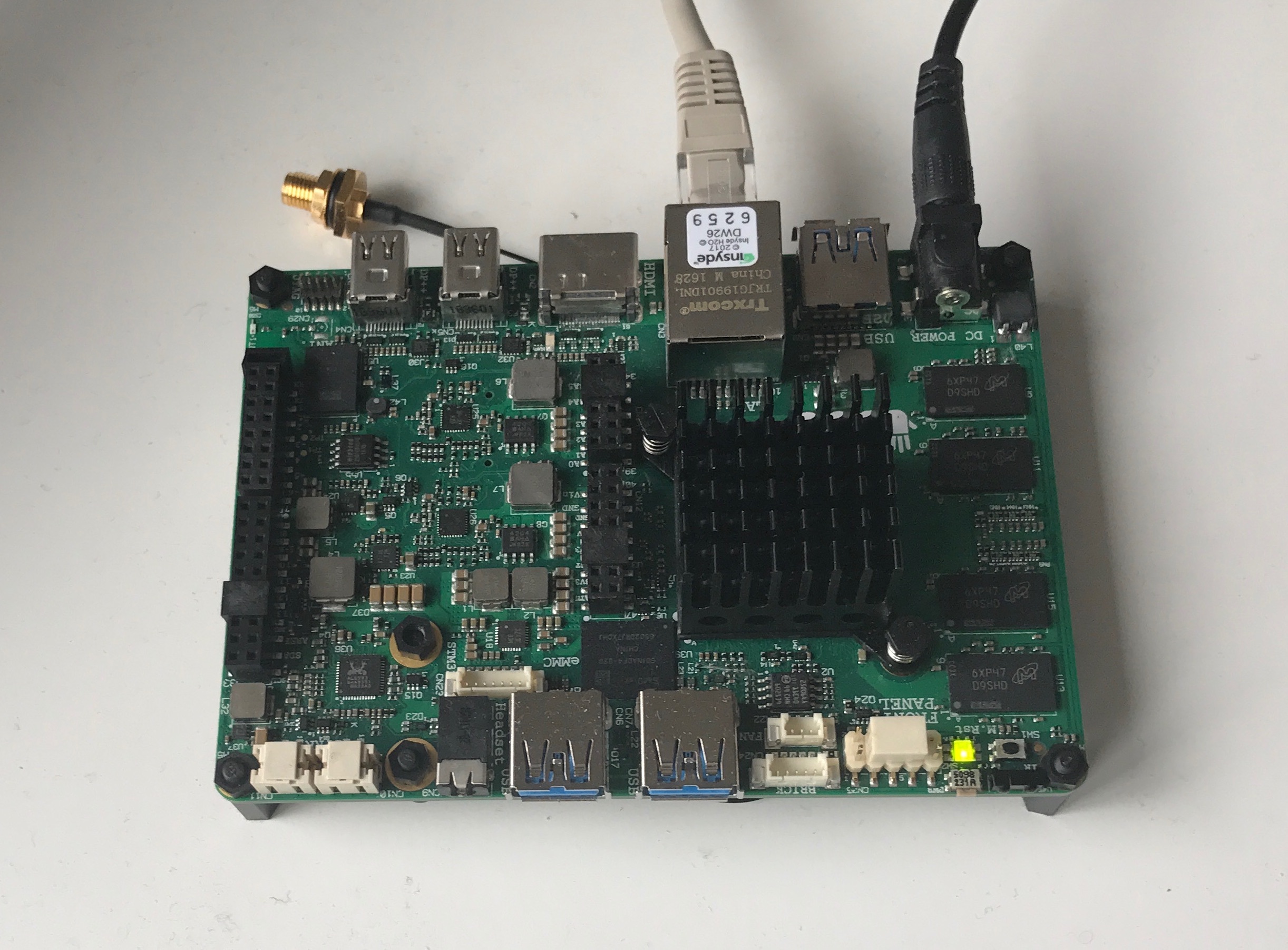 Another picture to compare it with some other devices (Udoo Quad, Raspberry Pi, Cubox): 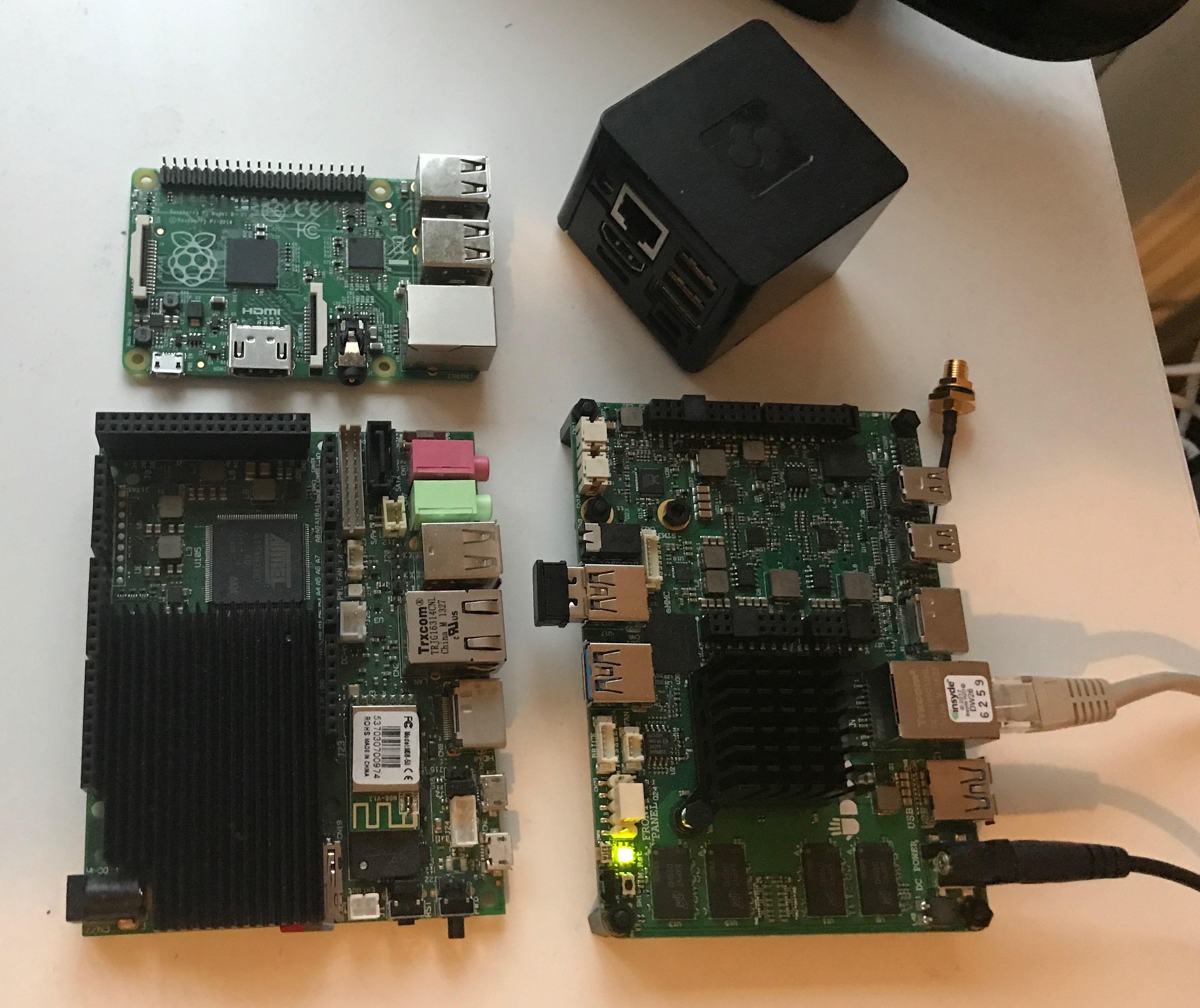