I have a Tidal account - one of the albums that I use from Tidal is Lou Reed “The Blue Mask”.

Also Burning Spear album cover is in the By this artist listing on the right as well.

I have other oddities as well, for example a CD rip of Gillian Welsh “Time (The Revelator)” had a picture of Joe Walsh. 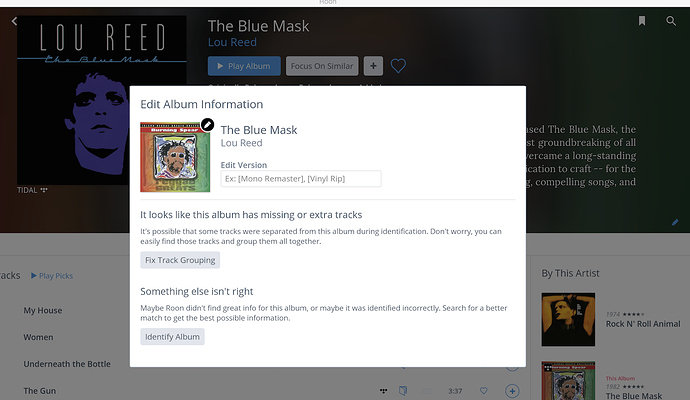 Any chance you have multiple versions the album, like a local copy?

While I do have the Burning Spear album as a local copy, Lou and his Blue Mask are only on Tidal. 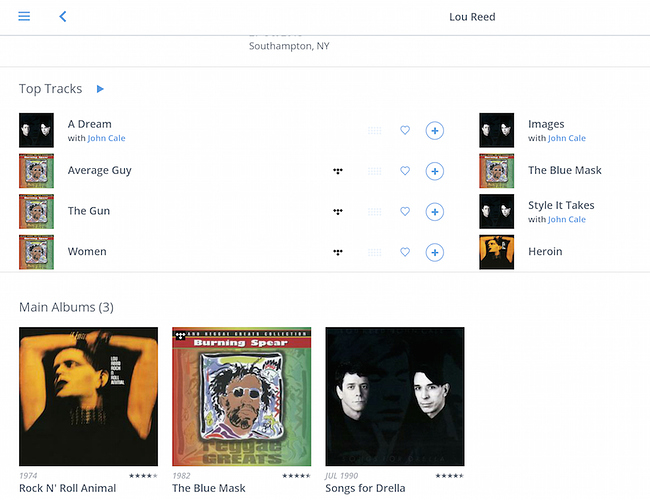 Swapped over to a PC running Roon (Core) and a more current build. Not an issue on this machine. Will re try on Mac Mini tomorrow.

Ok, tried on Mac Mini as well, more current build. No longer an issue. I wonder if this occurred the time the changes in SMB occurred for Mac, and my entire library was re built?

Regardless fixed, ok to close.