Hello,
Is there any chance of getting CA DM 200M added to the RoPieee Native DSD list? Or is that a Cambridge Audio issue?
Thanks.

Or is that a Cambridge Audio issue?

This is what they say … 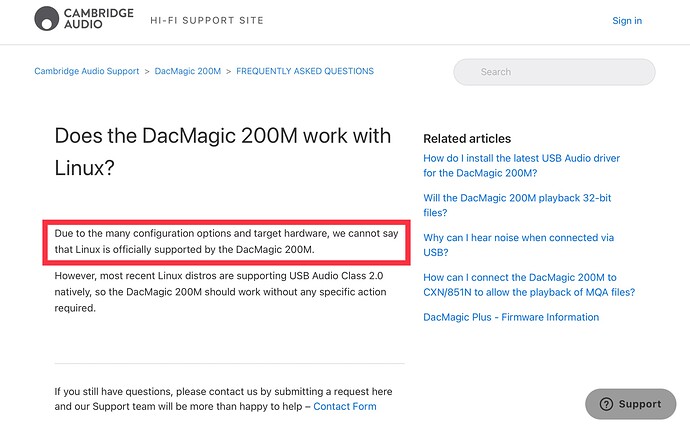 The first one is actually answered by @Stefano_Antonelli: CA is one of those companies that still do not take Linux support seriously.

That being said: it does support Linux in general as their DAC has the UAC (USB Audio Class) implemented. But combined with the shown message in the screenshot you’ll get an idea what you can expect when you reach out for support

Native DSD is another story: it requires the DAC to not only have the UAC standard implemented (check), but also behave in a certain way (The DAC needs to provide certain information to the OS so the OS can know the DAC is capable of doing DSD). And that’s not there for the DacMagic (I already looked into this before).