Can I Programmatically Tag

Some files I add are from ripped LPs which I dutifully add [LP] to the album title. the [LP] appears in the album title can I have Roon search for that identifier and create a tag for Ripped albums or must I add each one individually?

In the “Albums” view, you can search for the string “LP.” Then you can manually select all the albums that you want to tag as “LP.” Once they are selected, you can choose "Edit > “Add Tags” and add the “LP” tag once, and it will apply to all the selected albums at once.

Not programmatic, but much less effort than doing them individually.

Have you tried searching via the funnel icon? 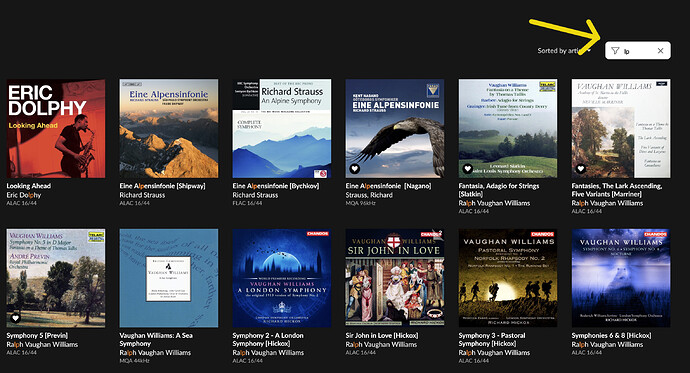 This is a great tip. I have ~800 LPs ripped to my Synology NAS (with another ~400 to go post Covid). I tried to filter for LP within albums, but only came up with albums that had “lp” within the title. I tried it with and without quotes.

Any thoughts on how to proceed? 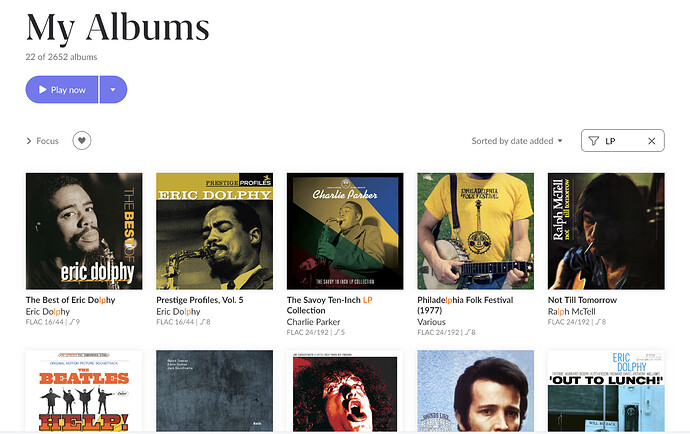 It looks like “LP” is in the name of the directory, but not the album name metadata. I’m afraid I don’t have any suggestions for you, but maybe someone else will.

P.S. I just had another thought. Presumably, since you ripped these from vinyl instead of from digital, they would not be identified by roon’s album ID process. You could, therefore, focus on unrecognized albums in the albums view, and, hopefully, that would significantly narrow down the list you’d have to go through to find and tag the ones you intend.

Check settings… library… import settings. At the very bottom, there are toggles. Turn “Extract version from file path” and “Look for album version in square brackets” to yes.

Maybe worth a try.

Sorry now I see the LP token is not in brackets. Sorry for the confusion this won’t help.

If you wanted to add a VERSION tags to the metadata, Roon will read that using the same mechanism, but I’m not seeing a way to search for it (although it does display the version tag underneath the cover art).

You just gave me an idea. If all the vinyl imported albums (tracks) are on a common directory that is specific to them (i.e. no CD-ripped or downloaded material), you could use a metadata editing tool to add a roontracktag to all of the tracks in a single go.

Thanks for all the suggestions, I love this community!

I’ve been playing around with the suggestions posted here over the last few days. I went in and began to manually add “LP” to the album title, but oddly enough those albums (except for Al Hirt in the second image) did not appear in a search or using the filter: 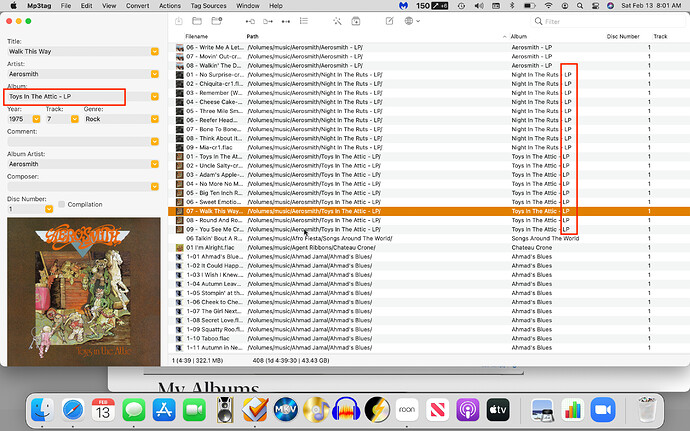 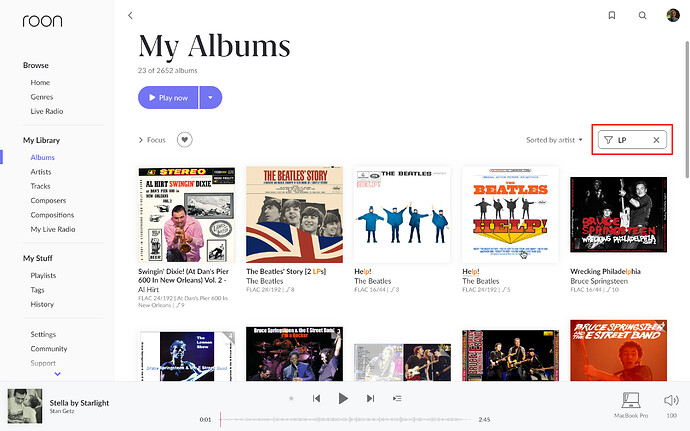 While it would be good to know why I was not able to filter on the targeted albums, I did have another idea that may help limit my ripped LPs. When I ripped the albums, I did so at 24 bit/192kHz. While I have some hi-res downloads, the vast majority of the 24 bit/192kHz albums in my library are LP rips. So I could filter on that, identifiy the exceptions (i.e., hi-res downloads) and tag the rest.

So in this screenshot: 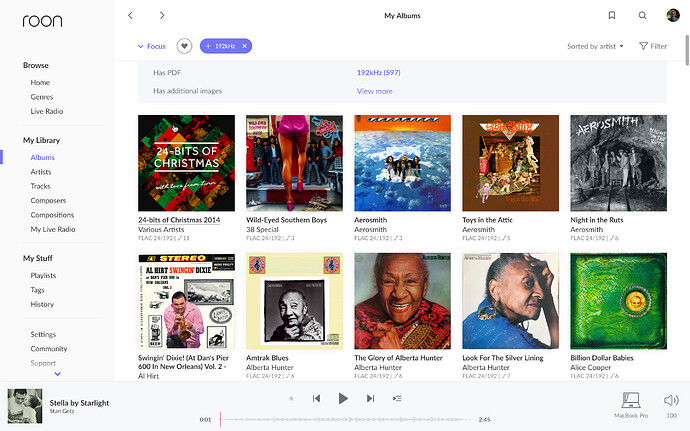 If this is a valid approach, then my remaining question is how do I, or can I, tag the results with “LP” for future filtering of my ripped albums?

So after poking around for a while, I figured out how to add tags based on my 192K filter.

However, I still don’t understand why after I manually added “LP” to the album titles (see my MP3tag image from earlier today) the results don’t show up in the filter (following the guidance from Akimo. Even though I now have a workaround, it would be good to know why the filter does not bring up the albums where I added “LP”.