Can the iPad play music when the Nucleus is switched off?

I tried the search but could not find an answer up till now. I use the iPad to control the Nucleus and I wondered if it is possible to have the iPad play music when the Nucleus is switched off.

No - not using Roon, anyway.

The Nucleus is where the Roon Core lives - the brain of Roon. Switch it off and you’ve got a braindead system that plays nothing but the sound of silence.

as stated by Geoff, the Core is the “Brain of Roon”, so no Roon Music without your Nucleus switched on.
Ofcourse you can use your iPad as an endpoint (to control Roon) and simultaneusly listen to the Roon music on your iPad provided you have configured your iPad as an audio output in Roon.

Yep, got that far. Then again… could be some clever technical tricks up the sleeve at Roon (since I was positively surprised by the team before)…

So, what about the option having the Nucleus “live” (output signal not going to a DAC) and then having the iPad play?

So, what about the option having the Nucleus “live” (output signal not going to a DAC) and then having the iPad play?

That’s what @Jens-Michael_Arndt has just said… This is possible. You can even play two completely different albums simultaneously - one going to the DAC, the other going to your iPad if you want…

Geoff, this is a screenshot of my iPad playing (as audio output selected in Roon) 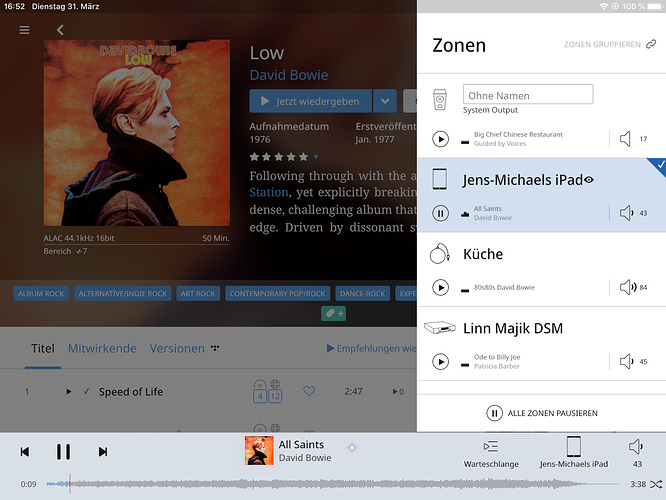 My iPad is not in the Zones list (Perhaps if I make it Core first and then make the NUCLEUS core again?)

Did you enable it in Settings|Audio?

My iPad is not in the Zones list (Perhaps if I make it Core first and then make the NUCLEUS core again?)

you cannot make the iPad your core, the ipad can only be used as endpoint (i.e. to control Roon) or as an audio output-
As explained by BlackJack you have to select - within Roon on your iPad - Settings / Audio
Then simply select / activate your Ipad, that’s it!

Only my DAC and the 2 HDMI’s (NUCLEUS) are visible. No iPAD

It would be good to review the basic structure of how the 3 components of Roon work together:
https://roonlabs.com/howroonworks

Now, 1 device can be all three but all three are still required to be up and operational for Roon do anything useful.

If Nucleus is your core then Nucleus must be on.
If iPad is your Remote (Control) then iPad must be on to interact with Roon (and it’s interacting with the Core so that needs to be on as well).
If your Endpoint (Audio outputs) is X then X must be on to receive the audio stream, Core must be on to send audio stream, and (at some point) a Remote must have been on to tell Core to send that stream to Endpoint.

If you want to use the iPad as both remote and endpoint then enable iPad as an endpoint (others have already described). In that case:
Core - Nucleus
Remote - iPad
Endpoint - iPad
This requires your Nucleus and iPad to both be on at the same time.

So, you are saying that the iPad does not appear in the list of devices that can be used to enable audio endpoints?

If you go to Settings/Audio, you don’t see a list of devices that includes the iPad? For example, this is what I see: 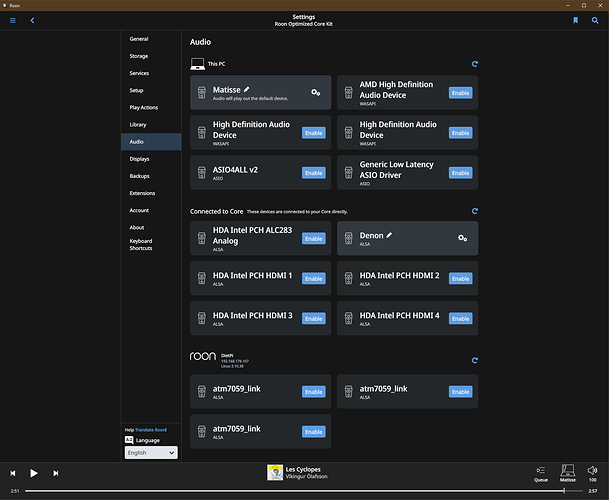 Start Roon on your iPad.
Go to Settings -> Audio
Your iPad should be in the list. Send screenshot if it is not. 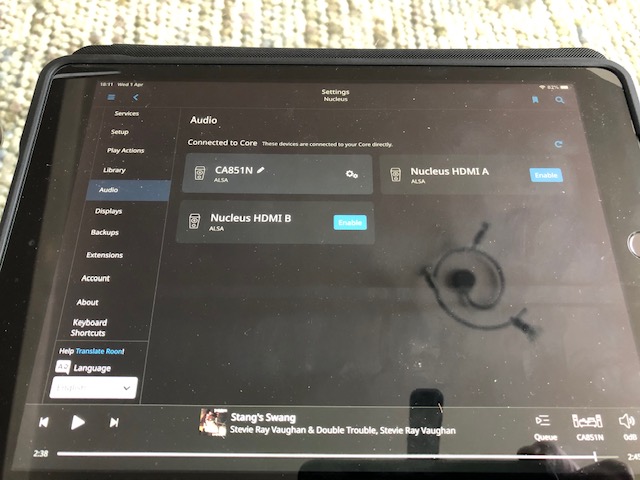 I’m moving this thread across to the Support category of the forum, where it will be seen, and responded to, by a member of Roon’s support team.

There’s clearly something amiss (probably in the network setup). You should definitely be seeing the iPad listed in that screenshot.

this is really strange, you should definitely see your Ipad under Settings/Audio similar to this: 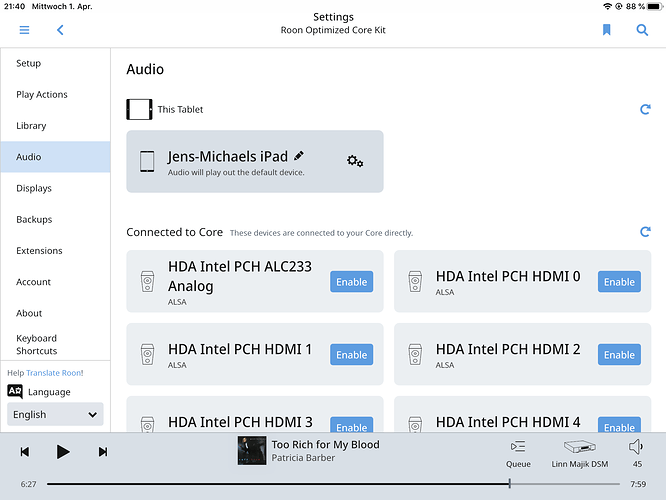 you should also see your Ipad under Settings / about

Perhaps the Roon App on your ipad has to be updated 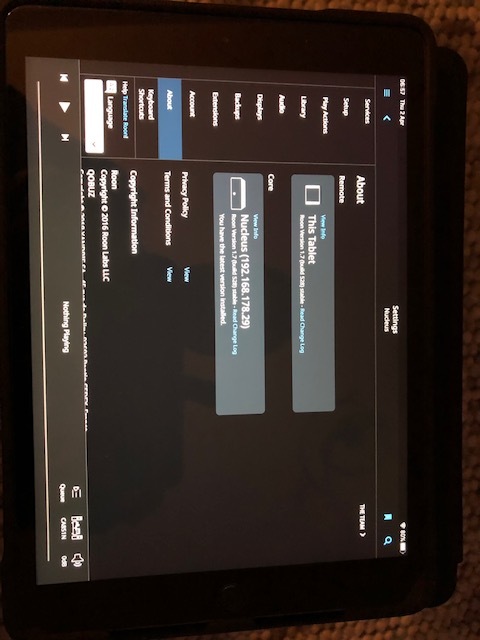