I listen to a song of an album.
For that song I click on the icon for other interpretations of that song (killer feature btw).
Roon lists hundreds of other songs, same title (e.g. Moon River).
Out of that list I can neither directly play or queue songs. I have to switch to the album of the next song I want to listen to and from three add it to the queue, and then move back to the initial list.

This cannot be the intended flow and in the initial list roon shows me the play icon left of each song and also the blue buttons when I click on the song. When I click ‘play now’ or ‘add to queue’ roon blinks like if it had acknowledged my command but nothing happens…

Can you share a screenshot of the screen where you’re trying to start playback but are unable to?

Hi @dylan, thanks for your quick response.

Here are 3 screenshors, one where I was coming from (an album where I clicked on other versions of a song), then the page with the list of hundreds of versions and finally the dialogue with the different blue buttons to either play or to put into queue. The whole blue fialigue does not work. When I go into the linked album where that version of the song is, it works.

It can be reproduced in different albums and songs. 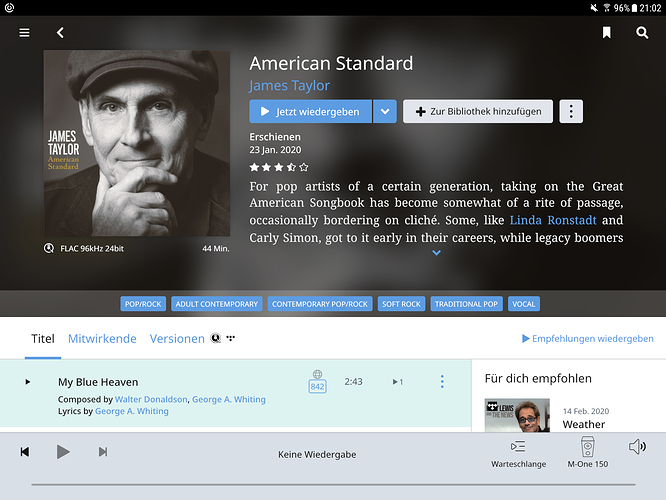 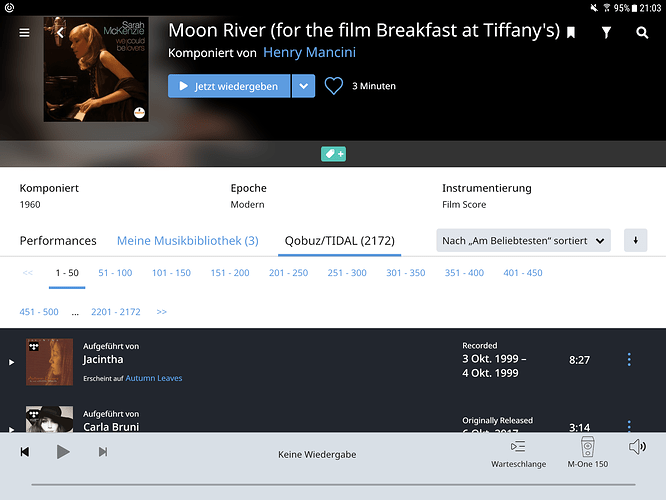 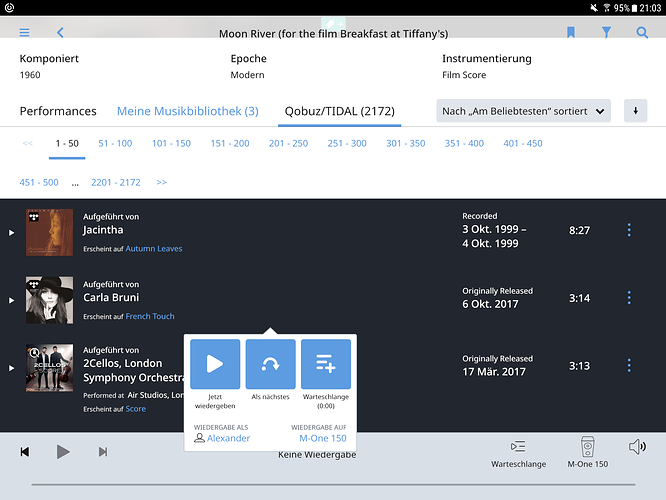 Sorry for the German screenshot…

What I need to do is e.g. for the first track on the list (Jacintha, Moon River) ti yse the blue context menu on the right to navigate into the Jacintha album where then the blye buttons work fine.

Thanks for confirming, @Alexander_von_Bernst! Our team has identified this issue and we are currently testing a fix for this. I can’t say for sure when this will be available but we hope to have this available soon.