Modem/Router by my ISP, Fiber Core connected via Ethernet

Accept Remote Connections is only an option for the all-in-one version of Roon on Mac or PC. If you’re using a QNAP as your Core, you are using RoonServer, which does not have that option (it is automatically on).

Are you having difficulty connecting a remote to this Core?

Yes… I’m using ZeroTier.
Both NAS and iPhone have correctly joined the network, but Roon APP cannot see the Core…

@dylan I’ve been able to connect lowering the level of the firewall, but I’m not able to see my iPhone as endpoint… I can only remotely manage my endpoints. 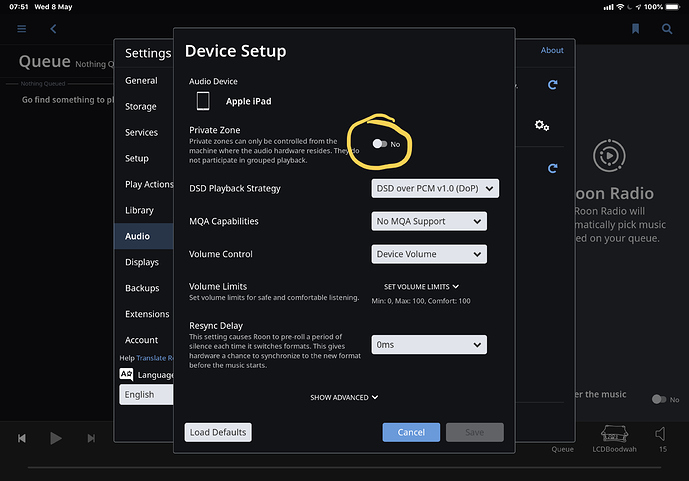 The Private Zone is off…

turned off the firewall completely? even if just to test.

The lowest level of the firewall is basically “off”.
It allows any kind of communication

Glad to hear that things are working better now, @Paolo_Limoncelli.

Do you have other iOS devices that you use with Roon? Are they exhibiting the same behavior? 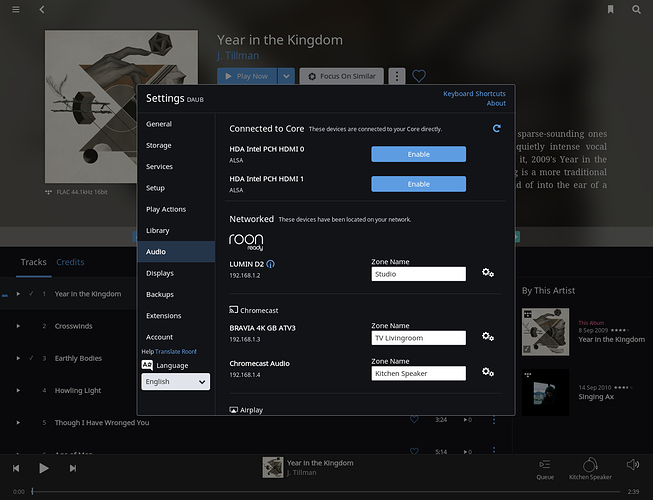 All those devices run the latest Roon, iOS and macOS

Thanks for the details, @Paolo_Limoncelli.

Since things seem to be working with the iPad, we know that some iOS devices will show up here, so it’s something specific to this particular iPhone.

Maybe I’ve been misunderstood…
Mac and iPad don’t work just as my iPhone
The model is iPhone X with iOS 12.2.

Maybe I did a migration some months ago from the older iPhone 6s (picked this as new in December 2018).

Will check the iPad again this evening.

@Paolo_Limoncelli You do realise that devices outside of the LAN/Wifi subnet are not supported so running 4G as such is an unsupported configuration.

Yes, just as my NAS and the other endpoints.
But I can remotely control them using ZeroTier (as said above).

So you’re telling that device’s endpoint (iPhone/iPad) is managed in a different way?

As I said this is not supported. There is a thread in #tinkering that deals with VPN type connections. It is maybe not clear that you are doing this over a VPN

Well… I didn’t know this was the scenario.
I’ve been mentioning ZeroTier since the very first comment…

Thank you for the answer.

Without googling ZeroTier I had no idea that it wasn’t an ISP or some other equipment or device - it was only the 4G reference that made me check - I think @dylan maybe missed this too. Remote connections is normally used in the context of Roon Remote as in the APP connecting to the Core not being outside in a subnet of a non related or connected local networking situation.

Ok, clear.
I guess Roon’s management of iOS and Android endpoints is different.
Other users successfully use this workflow (some friends of mine together with some users in #tinkering discussion).