Connected to a Netgear switch (brand new) through an ethernet cable.

Naim NDX2 connected through an Ethernet cable to the switch.

I have added to my Qobuz library the hires version of King Crimson’s albums. I can play them in hires using the Qobuz app. On Roon, I only see the Cd Quality version.

I see this behaviour as well on:

For reference A+ see’s the 24/96 version as does the Qobuz web and mobile applications.

Can you verify what region your Qobuz account is for? Can you share a screenshot of a specific album that you’re seeing this issue for?

@jrd1975 — I took a look at the example you gave and, even though the album is listed as 16/44.1, it does play as 24/96 when you view the Signal Path. We are looking into why the details are listed incorrectly on the album details page.

Hi I am attaching two screen shots. One taken in Qobuz and the other one in Roon. Same album. In Qobuz is Hires while in Roon is CD quality.

Thanks Dylan. I hadn’t got round to actually listening to it, it was just in my library waiting to be played! Will look forward to the fix.

I forgot to say that I am located in Italy.

There is some content in Qobuz that is available in Hi-Res with a purchase, but not available with a streaming subscription. This seems to be the case with this particular album.

Looking at this album in the Qobuz app, I see the Available in Hi-Res label, but when I actually start playback with my subscription, it’s playing in 16/44.1, the same as Roon. Are you seeing the same, or are you able to play 24/44.1 in Qobuz without purchasing the album? 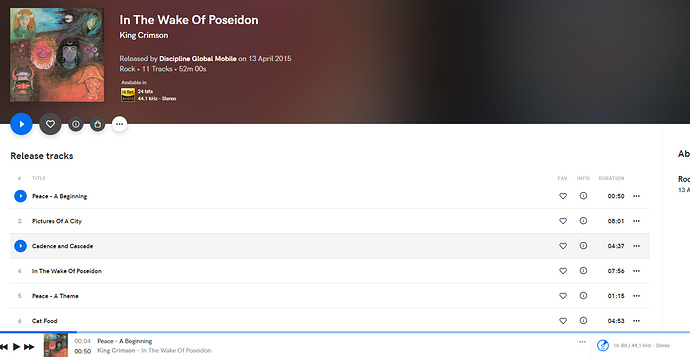 When I play it in Qobuz it indicates hires (see screen shot). 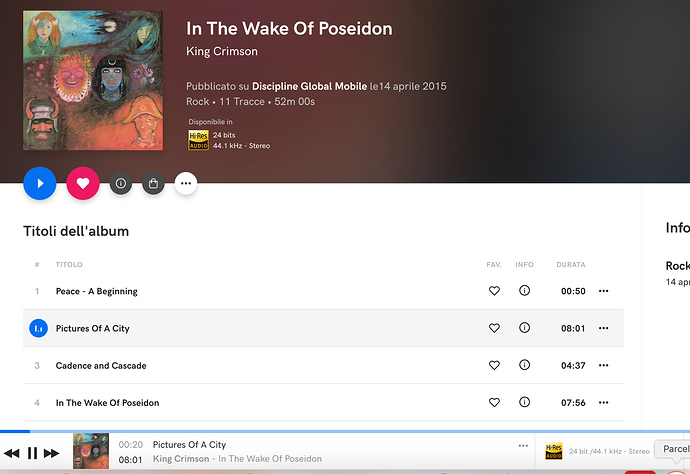 I noticed what you suggest for a different album I later bought. But I didn’t purchase this one.

Thanks for the followup — I took another look at this and was able to confirm that I could get it to play in hi-res in the Qobuz app after changing some settings. I went back to Roon and, while I see that it’s only listed as 16/44.1, the Signal Path shows 24/44.1. Can you confirm what the Signal Path is showing in Roon when you listen to this album?