I seem to have set it all up well on my QNAP TS 473A - Roon core is there and is working with my quobuz - I also identified my music data folder on the NAS. But one thing - well two really - I can readily play Roon using QOBUZ on my NAIM streamer - BUT it seems to pick up what I have identified as favourite albums not the ones I have bought - do I just have to make these favourites as well? - but once I have set QOBUZ I cant then seem to also be able to access my music file on the NAS (I did set it as a source when I first set up ROON core on the NAS.
Steve

Moved to the support area.
Have you pointed roon at the storage where the qobuz downloads are?

You should be able to set Watched Folders in Roon to include local content in your library and have your Qobuz favourites integrated into your library.

If you have purchased albums/tracks from Qobuz, then presumably you have downloaded them to local storage somewhere (on your NAS?). The root folder of those downloaded albums/tracks should then be set as a Watched Folder in Roon to include them in your library. No need to also set them as Qobuz “favourites” in Qobuz - this will just have the effect of adding the streamed versions of those albums/tracks into your library - so you will then have duplicates…

Feel free to ask questions in the forum, the community is helpful. There’s also the Knowledge Base, which is worth browsing…

Can you post a screenshot of Roon’s Settings > Storage screen? It is the one that looks like this… 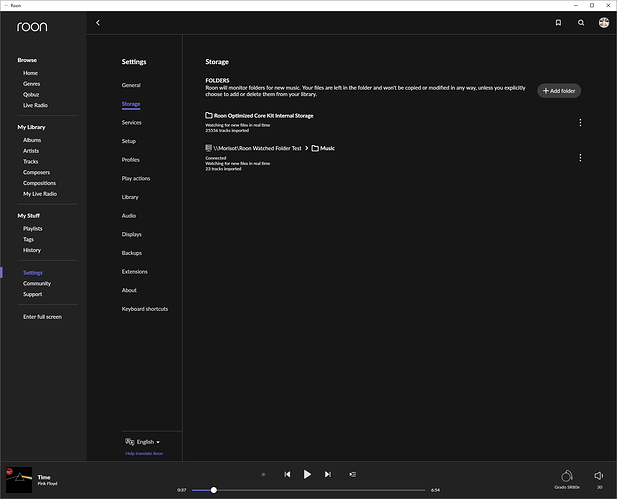 Welcome to the Roon community and have a happy and (re)sounding new year, Steve!

Maybe showing hidden tracks and albums as per screenshot helps… 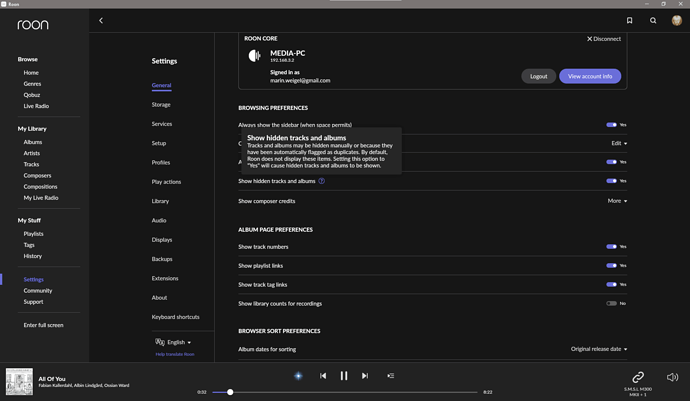 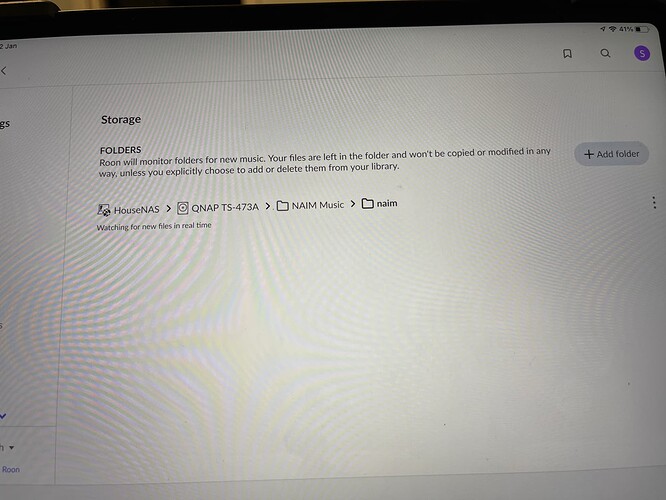 The fact that it says “Watching for new files in real time” suggests that something is wrong, e.g. for some reason it is not seeing any valid files there. If you look at my screenshot, you will see counts of the number of files that have been successfully imported.

If you go to Settings > Library > Skipped files, does that show anything?

Try a “Force rescan” on the Watched Folder (in the “3 dots” menu on the right of the folder path in Settings > Storage). 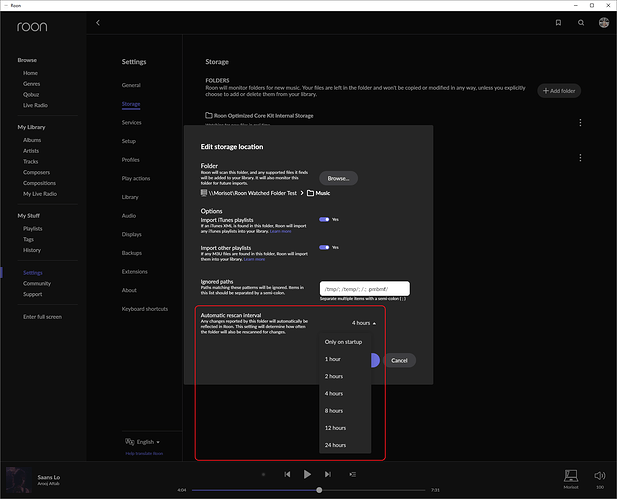 Is it a permissions issue on the QNAP? I.e. is it possible that the QNAP has granted access to browsing PCs or Macs, but not to the Roon Server (running on the QNAP)? 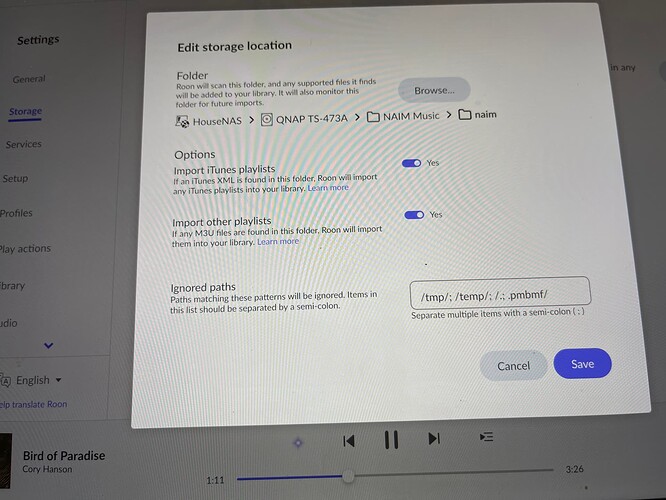 I will check permissions on the qnap

Although as u can see I can see my music files 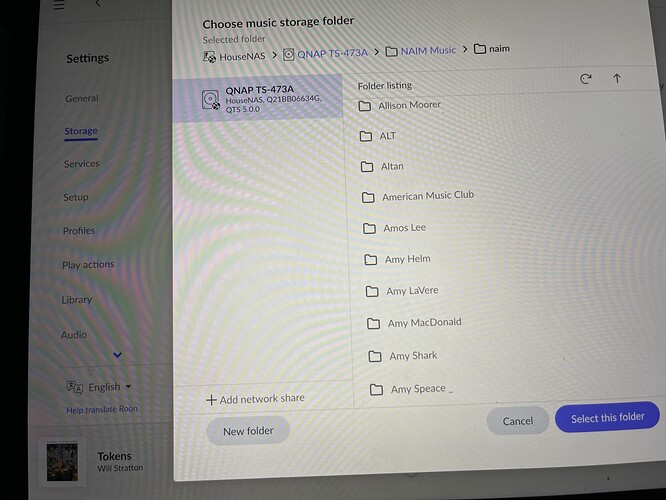 Steve, there’s a long thread on this issue of Roon Server on QNAP not seeing music files, and it does seem to be a permissions issue. Also varies according to what version of the QNAP OS is being used I think. I don’t use a NAS, and my Core is on a ROCK/NUC system, so I’ve missed this issue until now.

Take a look at this post and see if it helps:

Hello Everyone, We have just released a new build of Roon which contains some changes for QNAP: In our Beta testing, we discovered that we have been able to resolve the issue with RoonServer on QNAP hanging at startup, but haven’t been able to quite nail the local folder issue yet, and are continuing the investigation. If you are impacted by this issue, users have mentioned that they are able to temporarily resolve this behavior (until the next reboot) by changing the Guest Access Rights on…