Same problem here, also in Oz. Can play Tidal content in my library but cannot access any new stuff. The albums are visible in recommendations but can’t be played.

My system: ROCK on an authorised NUC, hardwired via network switch to Telstra router (100Mbps service). Various zones, all but one connected by wired Ethernet. Tidal subscription. 12,800 local tracks in the NUC. No off-board NAS.

When I am playing content, I will get many recommendations, such as below (not in my local library): 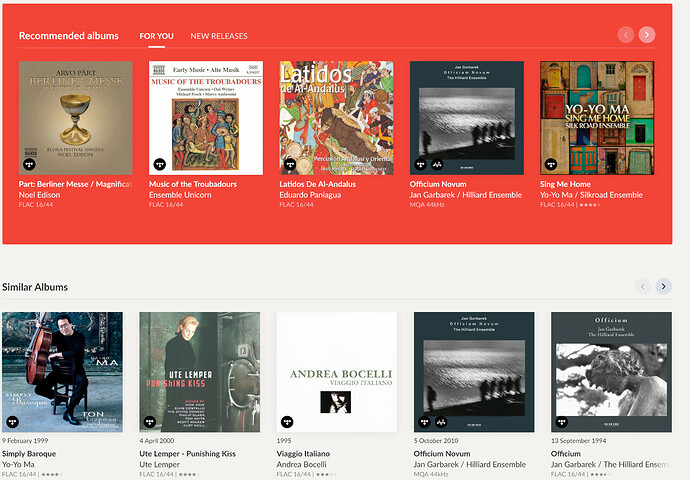 If I click on any of these, I get this message:

Restarting the server software did not generate a fix (yellow arrow below).

Rebooting the system OS (purple arrow) did fix the problem for a few hours, but now it’s back.

The red warning triangle (below) may be a hint:

Clicking on the triangle produces this box:

The suggestion that “Roon needs a software update” is intriguing, as I believe that I have all the latest software: 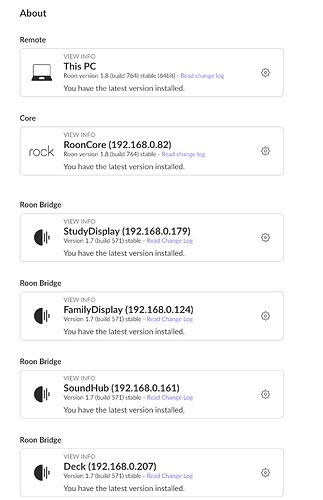 (There are a couple more devices that don’t fit onto the screen - but they all report latest version installed.)

Update: without rebooting or restarting anything (not even the control app),I can now dive into and listen to the albums that previously reported ‘Unexpected error loading album. …’. The Metadata improver warning is still present.

Can you try setting your router to use Google DNS? Is there any change after doing so?

Has this issue always occurred for you or is it something that happened recently?

Hi Dylan, I have Google and Cloudflare configured always as primary and secondary DNS respectively - so that likely wasn’t the cause.

Over a period of several days, normality was restored. Initially, restarting the ROCK had no effect - all symptoms described were persistent. When the Tidal capability reappeared (a day after restarting ROCK), then another restart saw the Metadata improver warning go away.

So… in the end, no settings changed anywhere, just some time and restarts fixed things. But there was definitely some external influence involved (not all in my ROCK or its connectivity), as some things got better ‘in the background’, and not in response to my stimuli.