ETHERNET NETGEAR, NOT THE ISSUE

Can you confirm that all of your devices are up to date and on the same version?

Are the remotes able to see your Core at all? What are you seeing when you try to connect?

Any change with a reboot?

Are you able to connect to the Web UI? If so can you share a screenshot of what you’re seeing here?

Can see core via web interface.

I believe all clients are up to date.

All I get is a pulsing Roon logo, I never get any further on any client.

Have fully rebooted everything. 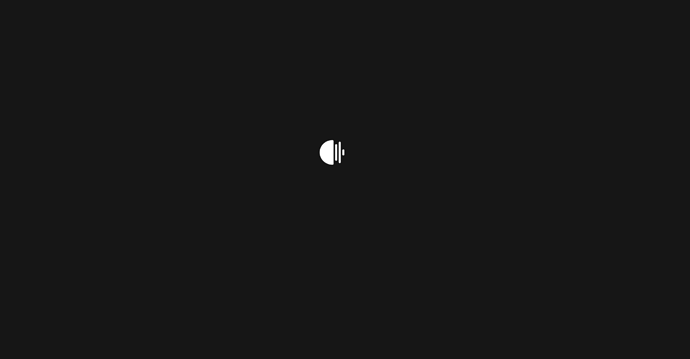 Can now add another Mac which definitely has latest client, another Android device and an iPhone.

All the same reaction. rolling Roon logo with either black or white background.

Powered off the ROCK machine was getting VERY HOT.

Client then declares it can’t find Core as expected gives option to search for Core. Reboot ROCK search and find Core then back into DOOM LOOP of rolling Roon logo.

This has been running for years with no issues. 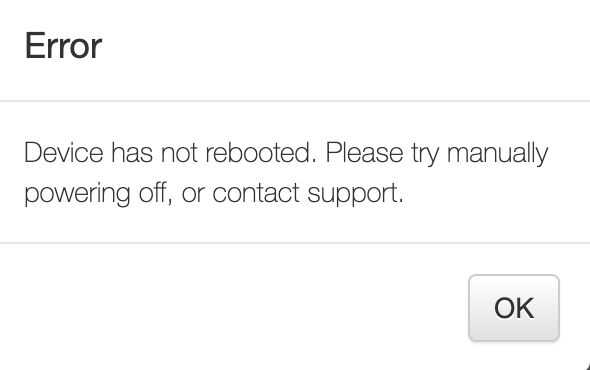 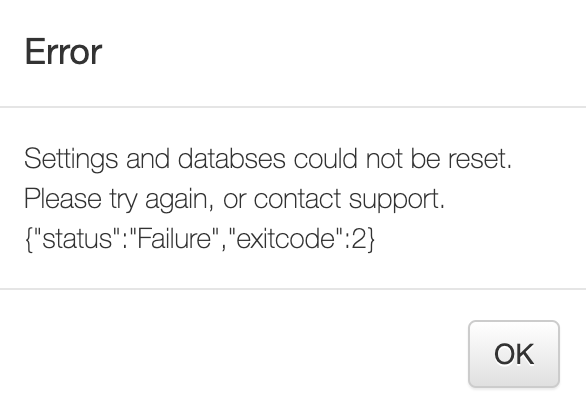 So I worked out that the database had been corrupted during the update to 783. A major clue was the fact that the ROCK was getting incredibly hot. Looks like it had tied itself in knots.

Thankfully I had a backup from earlier in the day. After a painfully slow restoration all seems well, though not had a chance to test properly yet.

First major issue I’ve had with Roon in many years of use, not something I’d like to repeat.

This wasn’t corruption caused by software if you got a db reset error.

It was corruption caused by ssd failure. Your ssd may be working now, but it’s bound to die again soon. We’ve seen this many times, and it’s always a failing ssd. That reset function reformats the partition that contains the database. If it fails, it’s almost always a failing drive.

I get that you are frustrated, but please dont take it out on our staff. It’s rude and unacceptable, and especially egregious in this situation when it’s a hardware failure in progress.

I wasn’t taking it out on your staff.

I got an almost immediate boiler plate response but then absolutely nothing. Nothing at all.

There were no personal insults, in fact no insults at all. Just expression of frustration that I was getting no help. I am allowed to be frustrated by that and allowed to express that frustration. That is neither rude nor unacceptable.

So back to the heart of the matter.

The ROCK was built almost exactly two years ago. The SSD is a Samsung 970 EVO Plus 500 GBPCIe NVMe M.2 (2280), brand new at the time of build. Massively oversized for the job but the price made sense at the time.

I am a bit surprised that it has died after two years but have no visibility of what it does or how often etc.

In your experience are there better options for this SSD, something more robust with greater longevity?

I may be off-base, but then again maybe not. I was looking at installing an SSD cache on my Synology 1819+. I started looking at M.2 ssd. The ‘usual’ brands: 65 Euro, give or take, for 500GB.
Then I looked at the Synology branded M.2 SSD, recommended for this application. 170 Euros for 400GB, or 3 times the price of other major brand SSD. Why was that (besides the obvious ‘brand tax’)?

I looked a little closer at the specs. The Synology SSD had 2x the write speed and it was designed for a much larger number of write/reads before failing. I paid the extra. YMMV.

That’s a great drive, you just got unlucky. Many thousands of Nucleus units have been shipped, and we see more failures than I’d like to see, but we see many more non-failures.

Also these drives have wear leveling that will just make cells disappear if they are bad. Since you have 500gb and we never go that big, you might be safe in the future. Smaller drives don’t have the spare space. I’d still keep diligent with backups if you don’t replace.

allowed to express that frustration. That is neither rude nor unacceptable.

No, you aren’t. It creates a toxic environment here. Vent at your friends, vent at your family, but do not vent here. We are deploying more strict guidelines about this type of behavior very shortly. It’s toxic and what makes internet forums a disgusting place.

A lack of response does not give you the right to create an unfriendly workplace for our employees or an unfriendly place for our other community members. If you walked into a storefront and vented like that, security should boot you.

I have not seen the moderated comments and have found lately that some posters here have such an attitude of entitlement because they have paid Roon $10-$13 a month. A little bit of civility and perspective would go a long long way.

Having said that this is more than an Internet forum, it’s roon’s main (only?) support interface.

The shop front analogy goes both ways, it seems the OP (IIIC) went into the Apple store, was listened to and the person dealing with him went off and he was still waiting having heard nothing more for 3 hours. In the real world he might ask to see the manager rather than do whatever got him thrown out by security.

It’s been obvious lately that support staff have been returning to support threads they may have missed or let lie during the very busy 1.8 rollout which is to your credit but it might be better to look at a ticketing system. So once someone from support answers a thread I’m given a ticket A1.8/1145. It would be useful if you have an end user user type agreement with expected answer times depending on priority- from no music, missing / stuttering music, to more general annoyances etc.

1.8 was a landmark on a number of fronts and hopefully we can all learn from it.

The shop front analogy goes both ways, it seems the OP (IIIC) went into the Apple store, was listened to and the person dealing with him went off and he was still waiting having heard nothing more for 3 hours. In the real world he might ask to see the manager rather than do whatever got him thrown out by security.

Fully agreed. We are on an internet forum here, so venting is more acceptable. There is no fear of being manhandled by the big guy at the door.

In the real world, you just don’t get a soapbox in the middle of the public store, no matter how long you had to wait or how bad the situation is.

There are whole memes of people in the world venting, and we all look at them with awe: “wow, they so crazy”. Even the pejorative “Karen” has gotten quite popular over the last year on this type of behavior. While smaller businesses use the police, bigger businesses have a big guy at the door to deal with this stuff immediately.

As we get more and more complaints about the toxicity on these forums, we have to take action before this place turns into the places everyone complains about. It’s already become that to some degree. Our goal now is to turn it around. We have a plan and it’ll be announced shortly. Calling out of unacceptable behavior, heavy moderation, warnings, and banning – that’s our way of putting the big guy at the door.

For the record there was nothing toxic in my post. As for your analogy I doubt a saint would sit quietly and be ignored by shop assistants for hours after an initial acknowledgement.

I understand the goal and the sentiment but feel like I am being painted as the Devil in this when all I did was make a few sarky comments about getting zero assistance.

Any way moving on (again).

Any tips on swapping out the operating system SSD in a ROCK?

Plan to recycle the 500GB 970, any tips on diagnostics I can run on it to confirm / isolate any issues it has?

Any tips on swapping out the operating system SSD in a ROCK?

back up your DB or use your old backup… restore after installing ROCK over on it.

Plan to recycle the 500GB 970, any tips on diagnostics I can run on it to confirm / isolate any issues it has?

There are smart utilities and there are stress tests, but i wouldn’t stress test any ssd.

As I said, for 500GB, you might be ok going forward since wear-leveling stuff catches bad cells and marks them as bad… the total capacity might go down by kilobytes, but it’ll continue to work.

We generally just RMA the drives with the vendor, but yours is old so probably no RMA possibility.

I understand the goal and the sentiment but feel like I am being painted as the Devil in this when all I did was make a few sarky comments about getting zero assistance.

Any way moving on (again).

I agree. You are not the devil, and all you did was make some snarky passive-aggressive statements. It’s not a big deal. I’ll close this topic out. Our other users (including @Sloop_John_B) should avoid trying to turn every thread they see this in into a discussion, as this type of moderation will become more frequent.

This is pretty much closed but want it clear, there was no sense of entitlement, just frustration. Nothing rude, nothing uncivil.

This is now closed.

The opening paragraph wasn’t aimed at you, more of a general state of the union on some of the 1.8 reaction. I think most reasonable people can see from the rest of the thread that you seem a reasonable sort of guy.

I’ve been moderated before both here and on the Naim forum so I appreciate it can be annoying if you don’t see eye to eye with the moderation. I find my use of irony doesn’t always it well with moderators