Can't delete or hide albums from my file (any more)

For some time now, I’ve been unable to delete unwanted versions of albums, or albums I don’t want, from my library - which is becoming increasingly cluttered. Having been a Roon user for several years, I thought I understood the process…go to edit and then hide the unwanted album.

In itself, this was a seemingly clunky and unnecessarily complicated way to prune albums from your library. How many clicks was that?..

But now this process simply doesn’t work on my equipment. My core is stored on a Sonic Transporter i5 and otherwise everything works. This is becoming an issue I need to resolve. 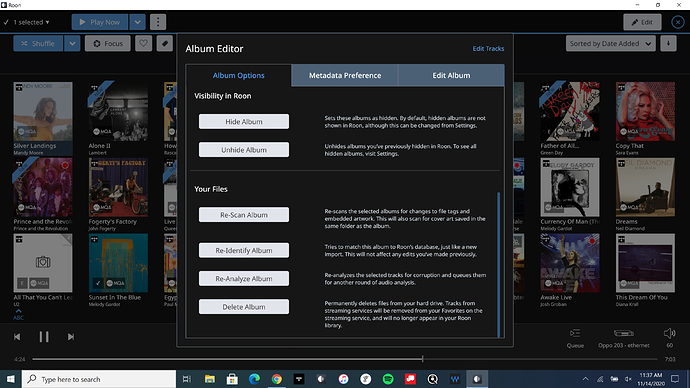 Please be careful. What Jim has suggested will permanently delete the actual files from your hard drive. Hide does NOT remove the files.

That being said, I’d reboot the core if you have not done so already.

“For some time now, I’ve been unable to delete unwanted versions of albums, or albums I don’t want, from my library - which is becoming increasingly cluttered.”

Deleted files can always be added back. They are properly backed up of course. Let’s hope.

Thanks everyone. I’ve found the delete button, still unable to hide albums. I think I can just delete most of the duplicates so this should be OK.

What happens if you turn-off the “Show hidden tracks and albums” button? 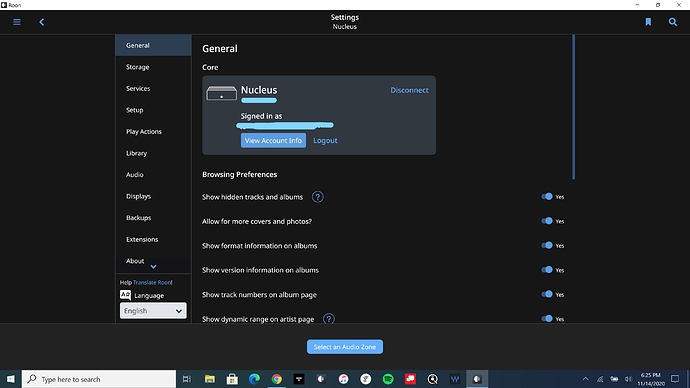