Can't get albums adjacent to each other to merge

I hope I’m not missing something obvious here but I have tried high and low to get these two albums in a position to be able to merge them. I have this issue with several albums. One shows up as a top result and the other shows up below it as a library album. 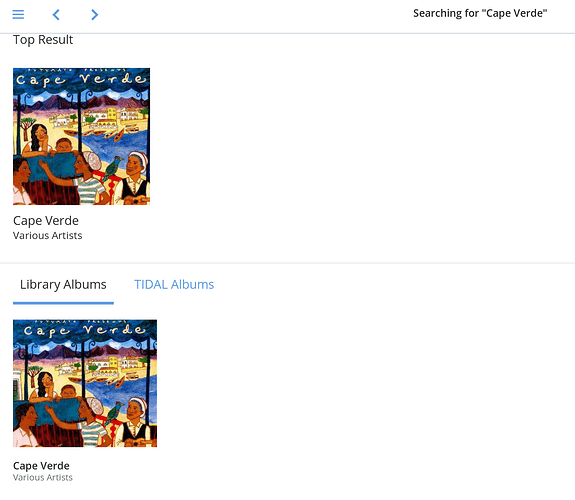 The top result album has all the tracks but track number 1. 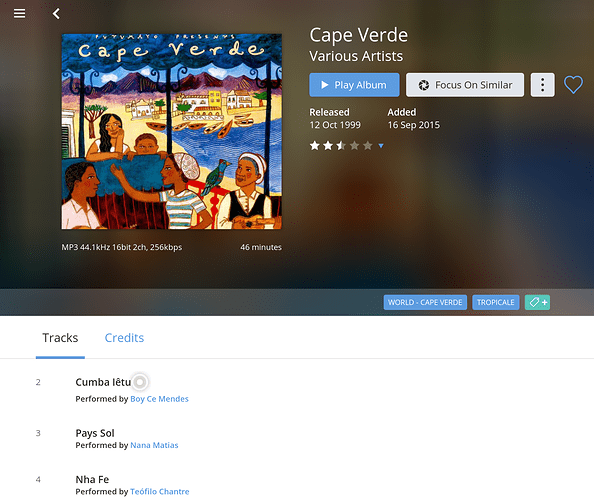 The library album contains track no. 1. 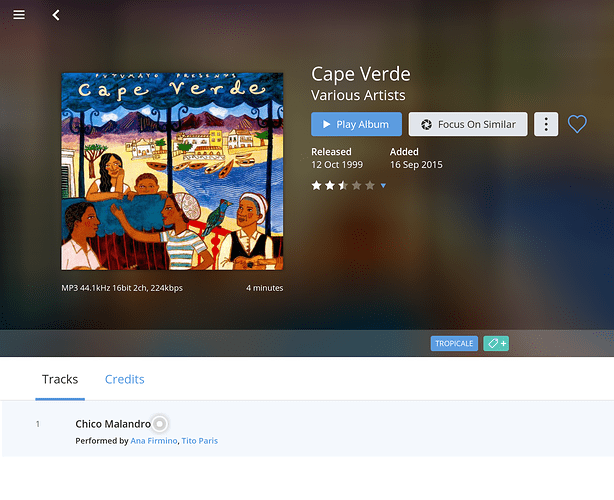 How can I get the albums to appear together so that I can choose them and merge them? They don’t appear together under library albums nor do they appear to the right of the tracks.

Try going into Album View and then Sort by Album Title in the top right of the screen.

Also, Focus by Genre Tropicale to narrow it down.

Okay. This looks like a better way of going through all the dupes and splits. But, would be cool to also have the capacity to see all the albums on the same line from a general search, too.

Thanks for getting back so fast.

Using the filter feature in Album Focus (for Cape Verde) would work too.

I had this exact problem, when I looked into it. I noticed that my file tags had either multiple disks tagged (when it was one disc ) or that the whole cd had been tagged as cd4 (for example), it looks like Roon does something funny in this case. When I fixed my tags and re-scanned the cds sorted themselves out.