Can't restore backup via NAS for my new Nucleus

I am having issues trying to restore my database backup (stored on my NAS) onto my new nucleus.

I can find the shared folder, but when it is selected to retire from, I am told in a pop up window ‘no backups found. Please check your backup location’!

When I log into my synology NAS via the web interface, I have the backup folder visible and read and write selected.

Any advice as I’m getting frustrated now… 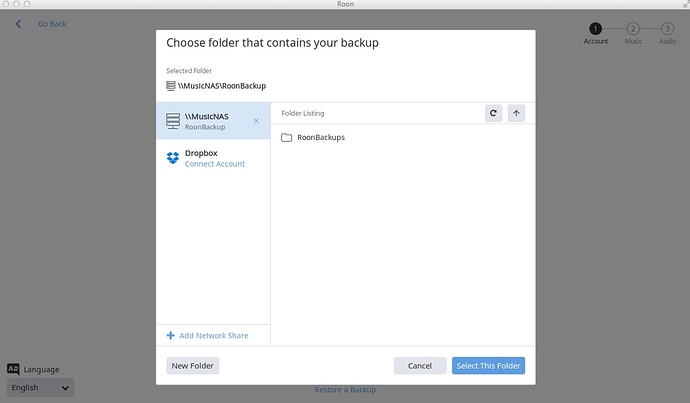 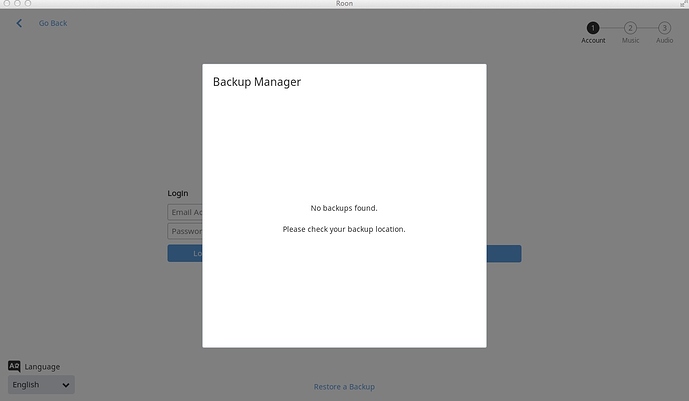 I found when restoring last week that whilst the server was importing files and doing other mysterious things it wouldn’t “see” any backups. A few hours later they sprang back into existence; try leaving it for a while and try again.

I had the same experience while mucking about with my ROCK last week. I think you should start the server, log in and let it do it’s updates. Then, instead of adding your files, you restore the backup.
(I think you need to have a similar version on the Core as the backup)

Via configure I carried out an update to the OS on the nucleus. Then turn it off. Renamed the backup folder on the NAS. Opened Roon with my mac as core. found the new folder for the backup. Disconnected the mac. Switched on the nucleus. Opened the setup screen. Restored from backup.