A week ago, in a moment of madness, I merged Eddie (Guitar Slim) Jones and Guitar Slim. Both the same man, but had separate composer credits on one of his albums (Sufferin’ Mind). I should have known better because I knew there was already confusion with Eddie Jones the jazz bassist.

No problem, I’ll just unmerge the artists via settings, library, un-merge artists. But I can’t because neither Jones nor Slim appear. Other artists appear that I have merged but not these.

I could restore from a backup but I have done a bunch of edits since then and don’t want to do those all again.

Hi @BrianW ----- Thank you for the post and sharing your feedback with us! The insight is very appreciated and my apologies for the slow response.

Moving forward, to help aide in our understanding of this behavior you are experiencing may I very kindly ask you to please provide us screenshot examples highlighting where the credits are wrong for the mentioned content in Roon. 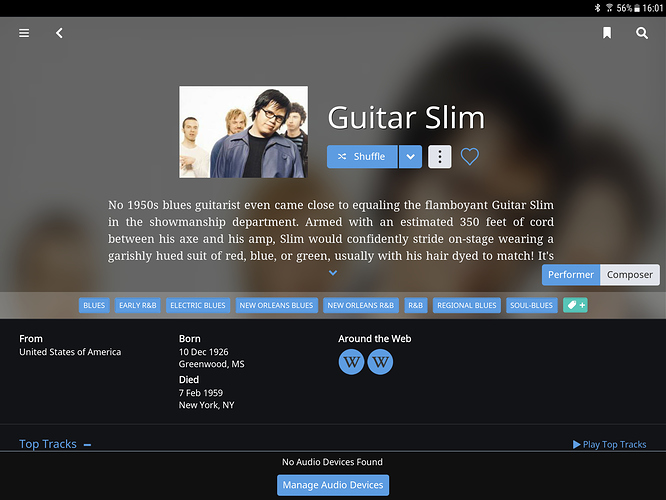 The bio is now right (before it was Eddie Jones the bassist) but the pic is still wrong. 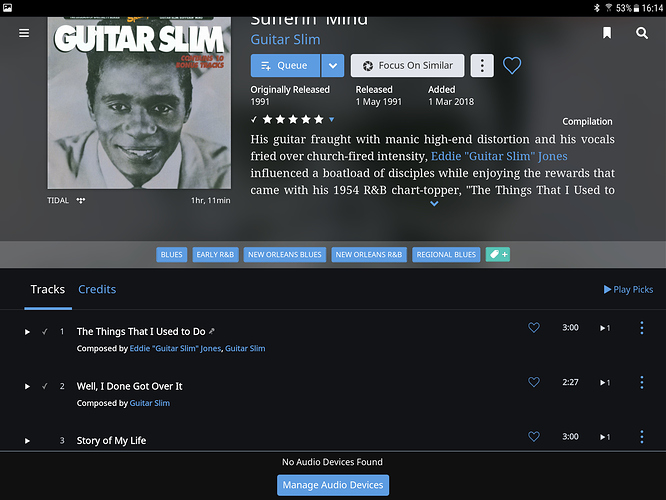 Note double composer on first track.
So I had tried to merge them… 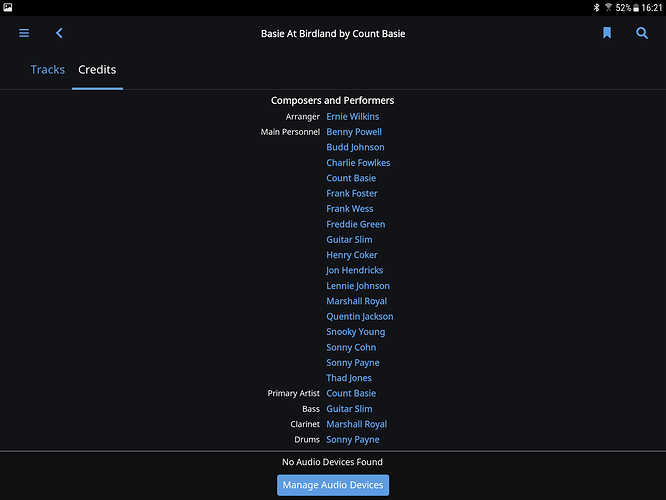 Go to Tidal version, and I get… 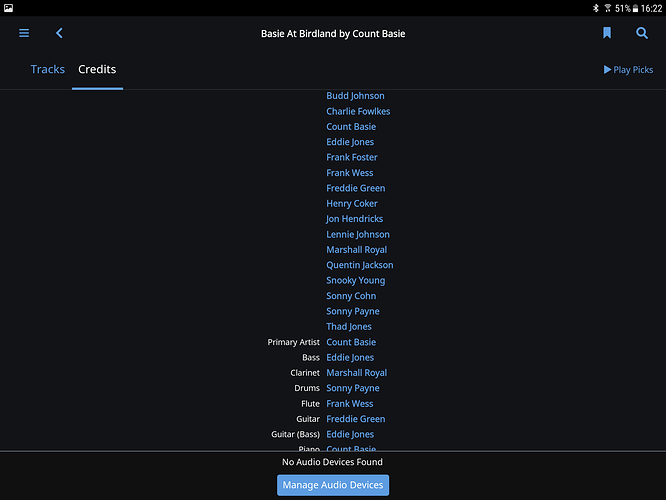 So, well and truly messed up haven’t I!

If I try and unmerge Eddie Jones and Guitar Slim, I can’t as they don’t appear… 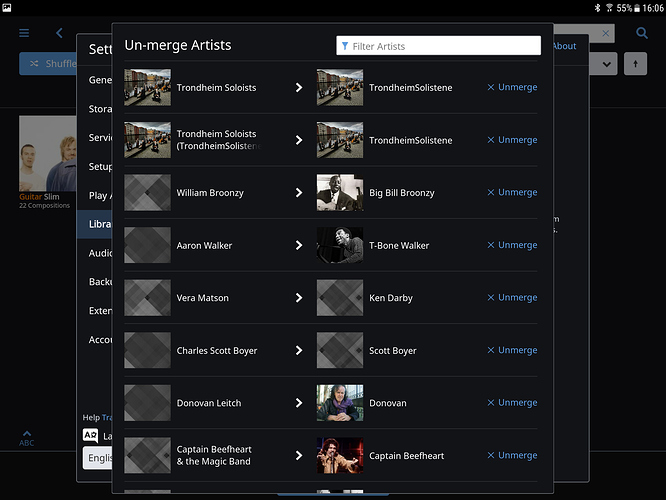 Sorry for the long reply. 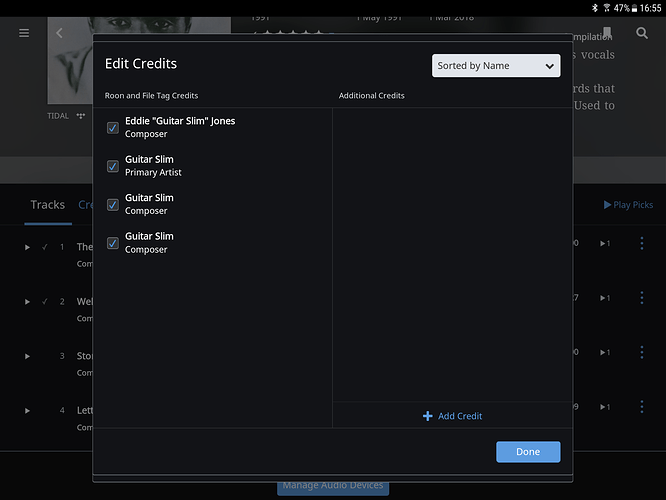 @Eric. Found a fix. (After first backing up) I deleted all albums with guitar slim or Eddie Jones. Then reintroduced the albums. Bingo. My merged artists are unmerged.

Brian
EDIT.
Of course, Guitar Slim’s bio is back to being wrong again… 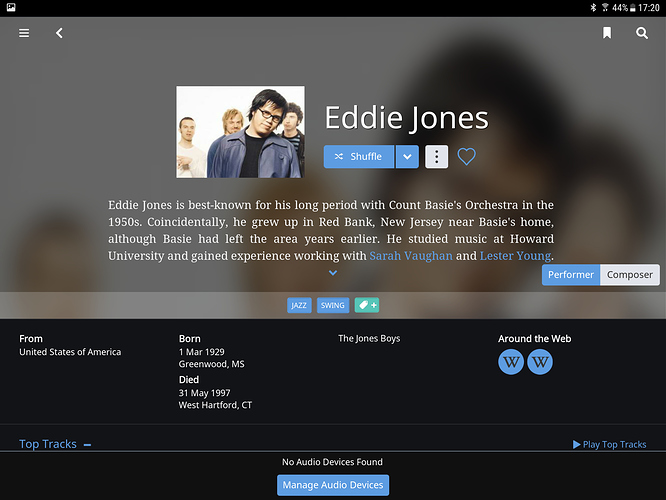 Hi @BrianW ----- Thank you for the follow up and my apologies for the delayed response.

Our tech team is going to look into this behavior further to see what we can come up with. When the team has provided me some feedback from their investigation I will be sure to update this thread in a timely manor.