Why does this keep happening? I’ve reset this Chromecast to factory settings. Still shows up like this in the display options. 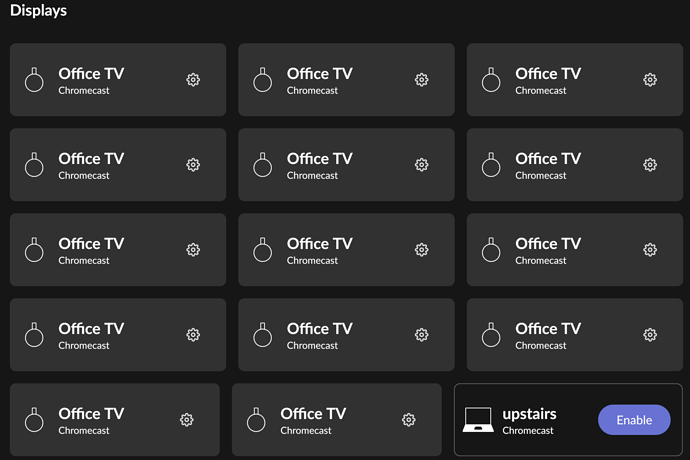 From another user:
Looks like your network connection is flaky (if it is only this ChromeCast device and the others are well). For the last user reporting this, it was a bad network cable or the wall-wart power and Ethernet adapter. If you use WiFi try a wired connection instead.
As far as I’m aware of, this points to issues with(in) your network and not Roon. Roon is a victim and just shows the resulting mess.

You are correct, I cannot explain the reason but when I removed the wall wart which was powering the Chromecast the problem went away, this particular wall wart had a built-in ethernet port which was handy as it allowed me to hard wire the Chromecast versus having it rely on wi-fi, however it looks like this ethernet implementation was faulty and caused this behavior…

I can confirm that the wall wart was the problem. I switched to a hard-wired wall wart and it has stopped.