Change in WORK/PART behavior with roon 1.4

Maybe my memory is failing but I thought that prior to 1.4 roon would group multi part compositions by WORK/PART if it found the tags regardless if the album was identified or unidentified. I used to use this feature a lot where roon had identified the album but was just messing up the indentation of multi-part compositions and needed some manual intervention.

Now, roon only seems to be recognising WORK/PART if I un-identify the album. Have I remembered right and roon behavior has changed in 1.4 or is my memory playing tricks on me?

You’ll need to set it to prefer file data if you want that metadata to take precedence.

Thanks @mike. That’s done it. I was looking for a setting but it didn’t occur to me to look there. I thought that it would be a global on/off meta data setting that could be over written on an album by album basis, also in the meta-data section.

Are there any plans to change that behaviour? The existing logic is counter-intuitive to me at least but maybe there were reasons I don’t understand it was done the way it was.

@mike, I was a little bit hasty there.

It worked for a single album but then I tried a box set and it didn’t. CD 22 of the harmonia mundi Cornerstones of Sacred Music is the Mozart requiem. I preferred file meta data and then tried to set multi-part grouping. I was surprised that the options are at a box level not a CD level. Unlike the single album, with a box set roon has not calculated the performances for file data: 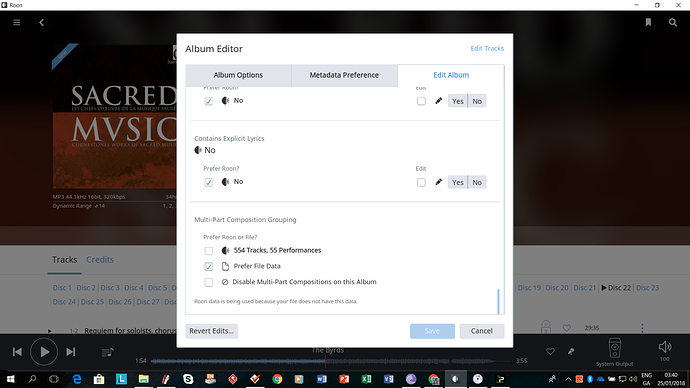 So, I still end up with a messy Requiem: 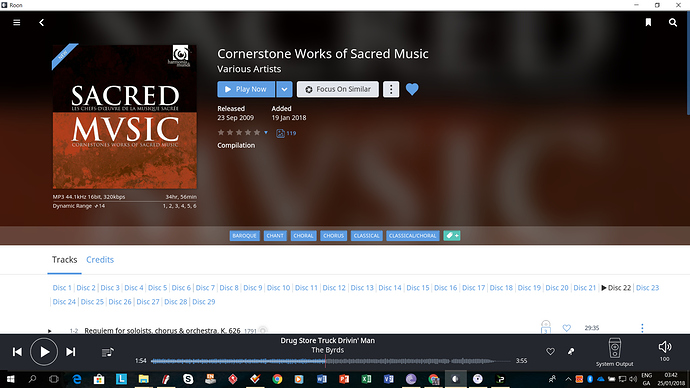 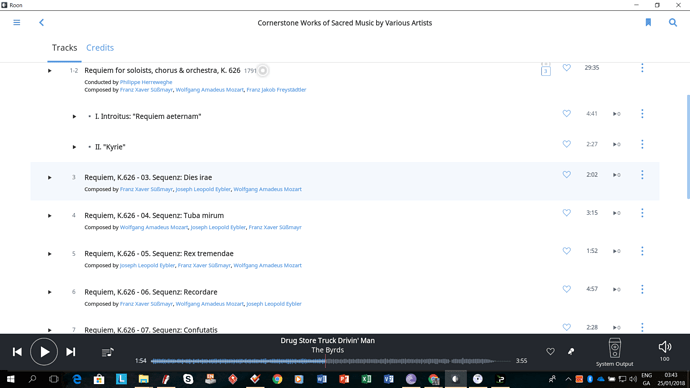 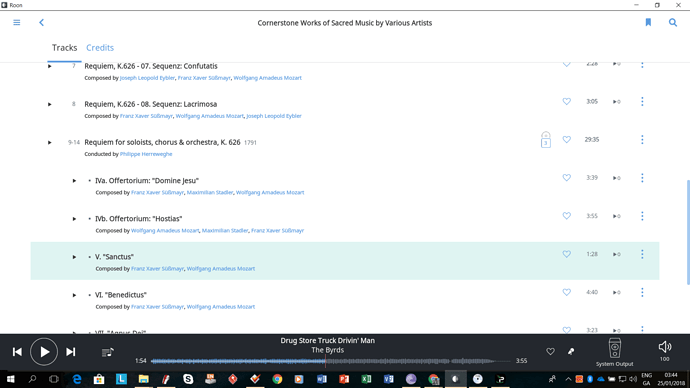 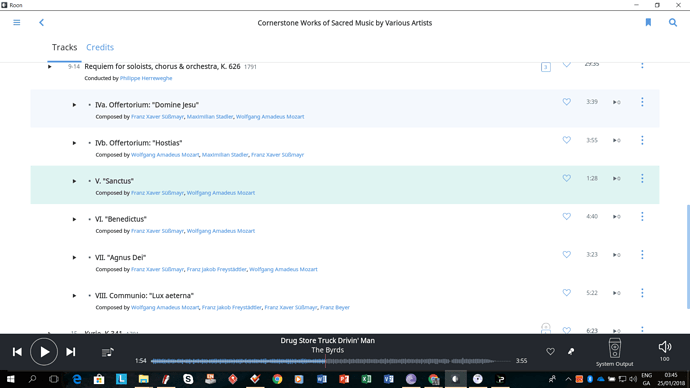