I keep adding zones (RAAT, Bluesound, airplay) and they are currently organized in alpabethical order. While this fine default behavior I’d like to organize them as I see fit. 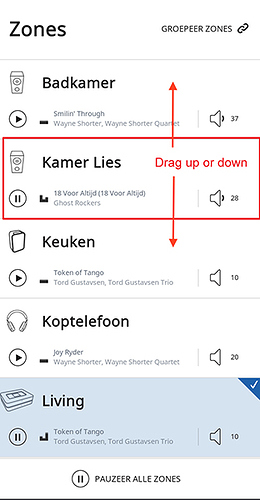 I don’t have that many zones, but I can see that it’s an interesting suggestion for some, so thanks for making it.

I’m confused… Do you want Lies to take a shower or to prepare dinner?

The zones should have a move handle (if that is what it is called), like a track has in the Queue.

She’s 9 so she’d make a horrible mess preparing dinner! For sure she’ll need to take shower afterwards…and I’m sure I’d need to drag her

yes that would be the best behavior

I have several endpoints as well. I would be nice to list them in the user’s preferred order. One challenge will be as audio zones are turned off and on, they would need be reinserted (within that list) as per the user.

roon should remember the position it was set by the user when the zone comes back online. Ideally this should be done per remote

I fully support the requirement here, with a few zones, this would be extremely useful.

I too would like to re-order the zones rather than just being alphabetical. Is there any movement on this?

Here’s a simple workaround that works with the alphabetical limitations. Change the first letter of the endpoint zone as shown. Fancy, no, but it works. 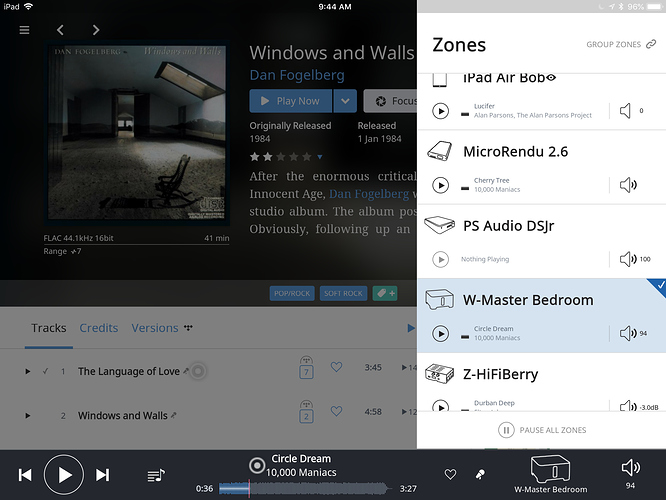 As a side effect, numbering them gives a quick way to see if an Endpoint has dropped out for some reason.