Look into a Google Chromecast audio puck for now, very cheap! Discontinued now …but you will find them on ebay. I am using an Allo Digione hat its great and very easy setup. 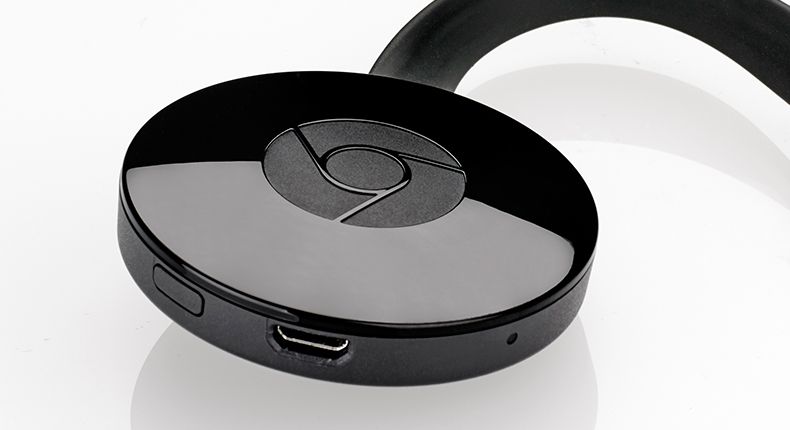 You'll struggle to find a media streamer more appealing or affordable than the latest version of Google's brilliant Chromecast...

Yes, I have heard it…

You said “high quality”, not “good”…and “good” is relative. Like I said it would be “good” for the garage speakers.

If these cheap DACs work for you or you don’t hear any difference between them and the better DACs that cost a lot more, I guess you are lucky as you will be spending a lot less on your music systems that play music from digital sources.

But for whatever reason, maybe because I’ve had to spec Macbooks for our office, I ALWAYS bump up the RAM. I think each 2GB step up for the Pi is only $10, so I spend the extra $20 for 8GB.

Normally I’d agree with you but in this this case it really is wasted money.

With a Mac (or desktop PC) you’re running multiple programs with graphical user interfaces and other memory hungry tasks. But if all you’re planning to do on the RPi is run Roopiee then 2GB is already a vast overkill. It doesn’t require anything like that amount of RAM (more like a few hundred MB) and if your running Roopiee as the OS you can’t even install additional programmes.

Don’t do that, would be my advice

. Seriously, he makes these videos to sell ads, so there’s a fine slurry of wisdom and nonsense in them. Until you can tell which is which, they are dangerous.

So true, it’s annoying as his videos are well made and he’s actually really good at explaining stuff. But then he veers off and starts spouting absolute audio-foolery nonsense. And as you say, if you can’t tell the difference that’s dangerous.

I’d often like to link to his video to quickly explain to someone how best to set something up., but don’t because I’d feel bad directing someone to a video that (also) contains such terrible advice.

“Seriously, he makes these videos to sell ads” = spot on

As it goes… the DAC2 HD is the same price at the Schiit Modi, and for £30 more you can get the Topping D30.
I’m getting more confused by the minute!

What about my mate Hans?

As it goes… the DAC2 HD is the same price at the Schiit Modi, and for £30 more you can get the Topping D30.
I’m getting more confused by the minute!

One box or two?

Either will be fine, I suspect the Topping E30 may have the very ‘slight’ edge, but probably not much in it. The Topping may also be easier to shift on used. The DAC2 HD + RPi will be easy to hide out of sight as it can pretty much fit in the palm of your hand. It will also involve less cables / power supplies. Expect it also depends on whether you’ll get a sense of achievement / have fun putting the DAC2 HD together.

The thing is, I don’t trust other people’s opinions on hifi-gear, unless properly level-matched double-blind A/B/X listening tests were used. There’s too much expectation bias caused by dropping a huge amount of hard-earned on a new piece of kit. Believe me, I’ve been there before.

Any modern, well-designed DAC is audibly transparent - fact. And it’s so easy to prove with test measurements that go way beyond the highly limited ability of human hearing. If someone prefers the coloured sound of a snake-oil expensive DAC, that’s fine. But that doesn’t make it a “better” DAC.

There are people around here who (swear they can hear the difference an expensive “audiophile” network switch makes to a TCP/IP packet ethernet data stream, when the science, engineering and test results say otherwise.

I could spend thousands and thousands of pounds on audiophile gear today if I wanted to. But I won’t. I prefer to spend judiciously based on the things that really matter. For example, my speakers and their interaction with the listening room.

It’s a shame, from some of the “show (off) your Roon setup” posts, it’s very obvious some people have very expensive systems that they aren’t getting the most out of because of sub-optimal placement of speakers, and rooms that provide a clearly sub-optimal acoustic environment. These things matter more than any DAC you can put in your system.

You believe what you want to believe. But you are just plain wrong.

That’s audiophile speak for “you’re right, but I disagree and I can’t prove you’re wrong”

For me, it’s not about belief, it’s about data and hard facts. Science trumps belief all day every day.

Not to pile on, but this is one of the worst myths in the audiophile store: higher costs => better equipment. In the DAC world (and the amplifier world, for that matter), accurate reproduction is not only a solved problem, it’s a cost-engineered and commodified problem. These cheap DAC boxes are essentially perfect. And there’s no “better”, once you have perfect. Just more expensive.

I have a little anecdote to share in this vein. A good few years ago I was in a role where a company car was part of the package, mainly because the mileages involved would probably have bankrupted a private car owner.

All the young hotshots wanted Audis. I took a pragmatic look at my options and went for a Skoda - same platform as the Audi, same VW engine, same parts. Different body shell and a different badge on the front. Mine had all the bells and whistles that theirs didn’t - HID headlamps, leather interior, heated front seats, cruise control etc. and I had about half of the income tax liability.

All one of my colleagues could say was “It ain’t an Audi, mate”…

Again, you think it is a myth…that does not make it a myth. I have listened to at least 40 DACs from under $100 to over $50,000. Yes, there are some more expensive DACs that are best by much cheaper DACs. But the components necessary to make a great sounding DAC are not cheap.

You believe what you want to believe. But you are just plain wrong.

What’s belief got to do with this? Surely we’re talking about objective evidence. If you can provide evidence of controlled double blind testing that has been peer-reviewed then that might help. Otherwise your views are subjective preferences. Nothing wrong with this, but hardly the basis to make claims of somebody else being “plain wrong”.

Sure it is…no everything needs to be run through a double blind peer-reviewed process. It’s obvious to any one that listens that DACs, well designed or not, are not “audibly transparent”.

It’s obvious to any one that listens that DACs, well designed or not, are not “audibly transparent”.

No it’s not. You would need to run appropriate tests to rule out cognitive bias.

Sorry, but it does. It’s the only way to remove cognitive and expectation bias. Read some research on it. Especially in medical/drug trials - It’s fascinating the number of people in placebo/control groups who report improvements in symptoms, simply because they believe they’re being medicated…