Hello,
I’ve just setup my first Ropieee endpoint, and so far I’m only getting stuttering playback, both via ethernet over power and wifi. At first I got nothing at all. I thought it might be the cable connecting the Pi to the Dac. So, I switched over to a new cable. That helped, but still stuttering. Then I thought maybe it was the flat ethernet cables I was using and changed those out, but it’s still stuttering, both playing local files and streaming files from Qobuz. I turned off USB audio as I’m using the coaxial output on the hat.

Ethernet over power can be as bad if not worse than WiFi connection.

What bitrates are you trying?

Do try a direct Ethernet cable to the rpi from your router/switch bypassing EoP and WiFi.

If your core which you don’t give any details of is underpowered or still busy analyzing music etc could be an issue also.

Each one I’ve built has begun by stuttering a bit for the first few plays. Reboot it a couple of times and maybe leave it playing silently. If that doesn’t settle it down then look at other possibilities.

Ethernet over power can be as bad if not worse than WiFi connection.

What bitrates are you trying?

Do try a direct Ethernet cable to the rpi from your router/switch bypassing EoP and WiFi.

If your core which you don’t give any details of is underpowered or still busy analyzing music etc could be an issue also.

Thank you very much for the speedy reply! I’ve now got an ethernet cable going from my router directly to my pi and it’s still stuttering. I’m using an 8th gen i3 NUC with Rock install. The direct line has made a big difference, but there’s still some stutter. A lot less, but still some. My ethernet cable is about 30m long

Thank you! That’s great to hear. So a bit of “running it in” might sort it out? On it. Thank you.

Is that PoE (power over Ethernet, but you should have a proper hat) or Power Line with Wi-Fi ? “Ethernet over power” is a confusing term.
If you are talking about the latter doesn’t it have an Ethernet port too?

I was using an adapter that runs ethernet over the local power lines. It doesn’t work well. I’ve been schooled, and I’ve abandoned it for a long ethernet cable plugged directly into my router…

If you haven’t disabled WiFi then do so, maybe you are still running over WiFi even tho the Ethernet is plugged in unless you restarted the rpi.

Some of what is running now 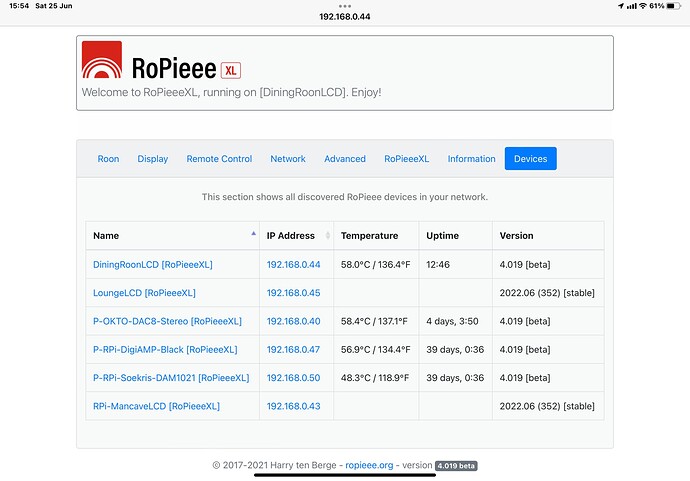 Thank you. Yes, I don’t have wifi enabled.

… is known to cause trouble in more cases than not.
Just for a test, connect via Ethernet cable and report back, please.

… sorry for useless post, as the thread didn’t display all the other posts for me until after I submitted…

Thank you for responding. Always appreciated.

I can report it’s now running without stutter and without crackling. I’ve opted to use the optical connection instead of coaxial into the Topping MX5. When I first plugged in the optical cable there was heaps of crackling. I set DSP sample rate conversion to “For compatibility only” and the crackling stopped. I suspect it’s a settings issue for the DAC, not an endpoint problem.

Thank you all for your help. I’m very impressed with the sound from the little device.

P.S. If anyone is having similar issues these are the things I’ve discovered about my Topping MX5’s optical and coaxial inputs: 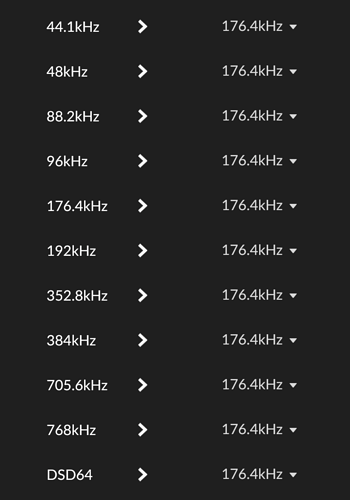 So if you fall back to the WiFi/EoP etc does it still work fine? While neither connection is ideal they maybe will work fine for some deployments. Just remember to reduce the most likely culprits out of the equation and document as you go.

so you have a clear picture of the pressure points in play.

Spot on! Given the wifi is working great, I might not bother with the EoP. I bought it assuming wired to be superior to wifi, but if it’s not … Yes, all about the mud maps. I’m only changing one thing at a time, I promise. Thank you!

Glad to see that it worked out for you @Fiona_Thurn !