Yesterday at Can Jam London, Chord announced the Hugo TT M-SCALER which is an exciting development. 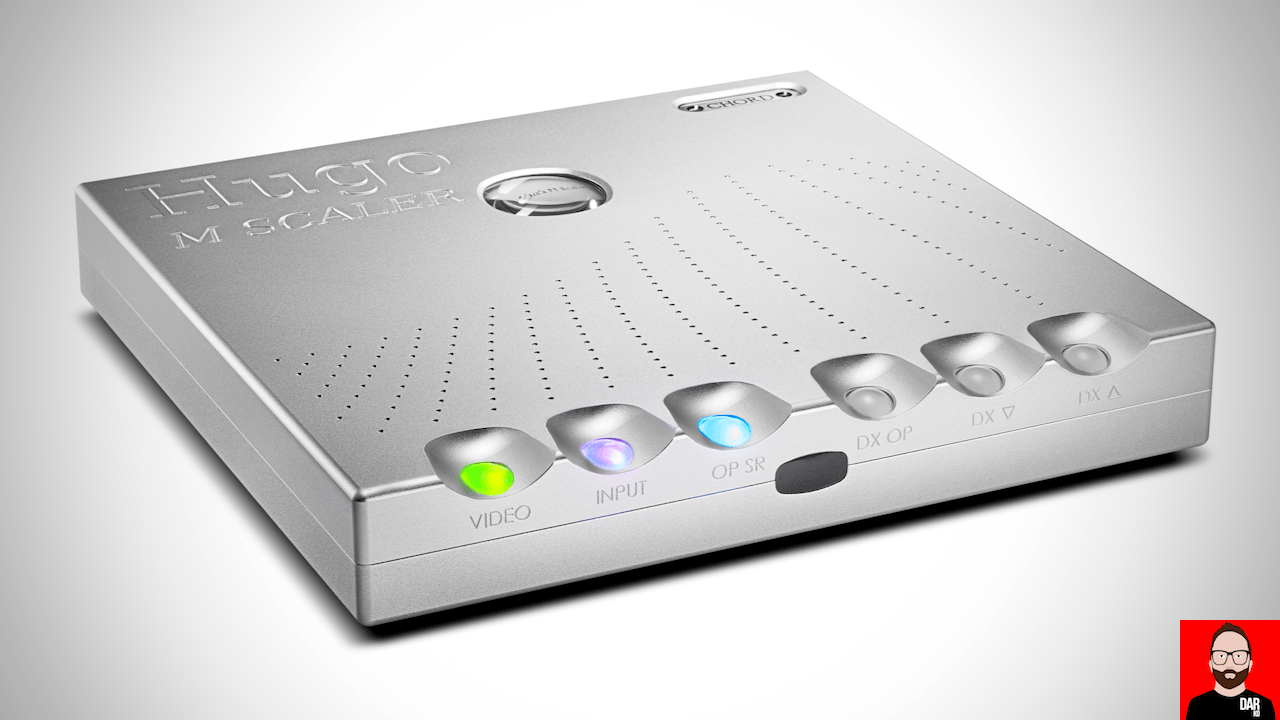 It looks really interesting, and combined with the Quetest, Hugo2 or soon to be released Hugo TT2, could well be a giant killer!!

At £3,495 it has come in well below what was anticipated, which makes a refreshing change.

I’m sure it is great.
But it competes with Roon upsampling, which is $0.00 including VAT.

Also, the much anticipated (by me, at least) iFi Pro iDSD, a DAC which also upsamples to DSD1024. At price of $2500, it would alleviate any processing overhead on the Roon machine.

I tried upsampling for a while to see what the fuss was about but heard no discernible differences with my Arcam irDac iI or Naim Uniti Atom so gone back to native and saved some network bandwidth and CPU cycles. If your DAC needs inputs upsampled for it sound better then i think I would feel short changed.

it would alleviate any processing overhead on the Roon machine.

Isn’t the idea to take the weight off the DAC, not the other way round?

Don’t all (most) modern DACs upsample internally anyway? If this improves your Chord DAC then it does seem to be an admission of technical failure in the DAC itself?

Isn’t the idea to take the weight off the DAC, not the other way round?

Seems that a DAC designed to upsample to DSD rates should be better than doing it thru Roon.

Music heaven. Packed with four 'interleaved' Burr-Brown chips, the Pro iDSD is the only 'Quad-Stack' DAC on the market. With wireless playback, built in Spotify and Tidal plus upsampling to DSD1024, there's simply nothing like it.

The theory of upsampling in Roon is that it has more processing power than a mai stream DAC chip.

Wrt Chord, they use FPGA with their own code instead of a standard chip.
With the Chord I notice no improvement with Roon upsampling, and have it off.
With lesser DACs in the house, I get some improvement.
But more is not automatically better: I have one DAC that can decode DSD but upsampling to DSD in Roon sounded horrible on that DAC.

If this improves your Chord DAC then it does seem to be an admission of technical failure in the DAC itself?

Given the chatter I’ve heard about a Blu/Dave or a Blu/Qutest combination, I was wondering when they were going to release the scaler sans CD transport. Although, I think I’d probably just get the Blu if I was in the market.

But if ‘Transient accuracy is taken to a completely unprecedented level’ how does this compare with MQA’s take on transient accuracy? Both technologies seems to be aiming at the same goal (Chord don’t think MQA is necessary), but the cheapest MQA DAC is only £99, not £3500… (and not even a DAC).

Below is the presentation Rob Watts gave at CanJam London on the tech behind the M-SCALER.

Rather highbrow but worth a watch for those interested.

a 6 g upsampler? Doesn’t roon do this say from a server

There is some decent (certainly plausible) science behind this particular upscaler, as distinct from upscaling in general

Shannon-Nyquist says that it is possible in theory (hence the choice of 44.1kHz by Sony/Phillips when Redbook was defined), but Rob Watts at Chord maintains it is possible in engineering terms only if the reconstruction filter is sufficiently fast and powerful

The Xilinx FPGA chip that does the upscaling in this new device, identical as I understand it to that in the Blu2, is apparently sufficiently powerful to do this, hence the claims made for it’s subjective sound qualities

I have a DAVE/Blu2 combo, so I accept anything I say is horribly subject to confirmation bias, but the bass resolution, timing and transient reproduction is just nuts. Expensive, yes most certainly, but easily the best sound I have ever heard (in that it most suits what I particularly value in hifi)

No I don’t work for Chord or sell their kit, I’m just a punter. In fact if anything I should be a bit miffed with Chord as this new device is half the cost of my Blu2 for the same end result !!!

The presentation is worth a watch, and not very technical really. It was the reference of ‘3 bit accuracy’ on transients that interested me. Are all existing DACs really that bad?

Same here. If the DAC isn’t doing a good job upsampling then it isn’t a good DAC. QED.

Good presentation by Rob. Superficially authoritative and convincing - but does this stand up to scrutiny?

The initial example of reproduction of a 20KHz sine wave signal is misleading as of course this is where CD Redbook D to A process is being stressed to the max. Fortunately there is no music at 20KHz! In fact, there is not much above 12KHz really. So an example at 150 Hz would have been more interesting to see - in fact he keeps talking about accurate bass reproduction which is in that range and lower. Of course at 150 Hz, CD redbook defines the signal extremely well.

He keeps talking about transients and the need for close to 1 usec sampling however it all makes no sense when the music on a CD has been anti-aliased at around 20 KHz before A to D. A signal with a periodicity of a few usec is going to be way above 20KHz or maybe like 100KHz - how is this ever going to get on to a CD Redbook file that had anti-alias filters applied to the analog sound. Therefore there aren’t any transients in between the samples to decode because they don’t exist!!!

The Chord Dave wavelet looks pretty much like a Linear Phase filter in the stereophile review. So it looks like Chord are doing that aspect entirely correctly. No doubt this sounds better than any minimum phase filter out there but Linear Phase filters have been understood to be the preferred type filter for audio for 50+ years. Nevertheless this is encouraging when Chord competitors are erroneously pushing a MQA and minimum phase.

However, how to justify 1 M tap filter? Why so complex just to eek out a perfect 20KHz conversion that nobody can hear? Why is 300 dB of stop band attenuation going to sound better than typical 130dB? Why should this level of accuracy make any difference to the passband audio? And why can’t Rob show convincing evidence with musical signals instead of hand waving and talking about inter ear sound direction detection which is well understood ( but actually is a completely different process that does not control what we hear musically - the timbre of an instrument which is based on many cycles of vibration. If it was so important to timbre then mono audio would never have worked at all - as there is no directional cue in a mono file - so clearly this claim is bogus)

Benchmark upsamples to 250GHz before downsampling to 211KHz while Chord is at 768KHz - does this mean the Benchmark DAC 3 has greater potential timing accuracy because 250GHz is way more than 1 usec - it is around 4 picosec timing accuracy!

Anyway I am very curious as to what you find and how the M Scaler compares to other filter options in Roon or HQ player. I would expect all good Linear Phase filters to sound the same.